She flipped off the president, then she got fired. Now, she's an elected leader

Juli Briskman first made headlines in 2017 when she was caught on camera flipping off the president's motorcade. 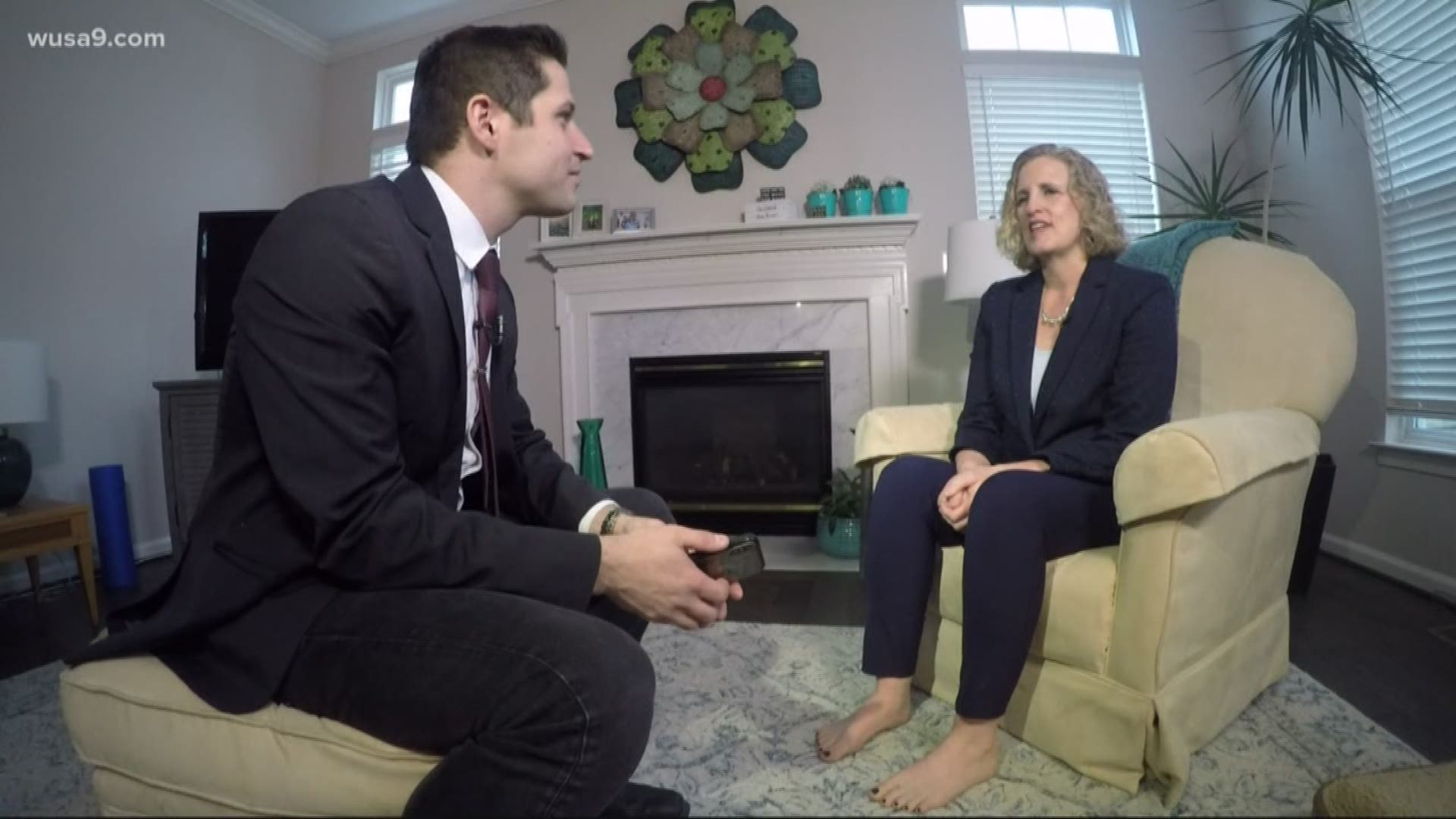 STERLING, Va. — Juli Briskman's sudden rise into politics began on October 28, 2017, when she was riding her bicycle down Lowes Island Boulevard in Sterling, Virginia. In the distance, she saw the presidential motorcade, a somewhat common sight she said, since the Trump National Golf Course is less than a mile away.

"As they were passing me," Briskman said. "I was frustrated obviously with the administration, and I flipped him off.”

At the stoplight, she then did it again.

This time, a photographer in the press pool, caught the moment with a photo, which has since gone viral. Briskman said she was glad the photo was taken.

In the weeks that followed, Briskman's life would change drastically. The photo would spread like wildfire. For some, she was considered a hero, as #Her2020 started to trend. She also faced a lot of backlash and criticism.

Credit: Evan Koslof
The photo of Juli Briskman quickly went viral, with the hashtag #Her2020.

“I’ve become a symbol and I’m happy to be that symbol," Briskman said.

The photo was also what caused her eventual entrance into politics. Because of the photo, she said she was fired by the Herndon government contracting company, Akima. That's when she decided to pursue a career in politics.

"If you're going to fire me for expressing how I feel about this administration and then if you're going to hand me a megaphone," Briskman said. "Then I'm going to use it. Because something is very wrong right now."

Despite the hardship of losing her job, Briskman said she is glad the photo was taken.

“Life is so much more interesting now," she said. "I wouldn’t take it back.”

RELATED: Woman who flipped off Trump motorcade is now running for office in Virginia