Several Virginia residents told Kaine they're waiting up to three weeks to receive prescription medication from the USPS. 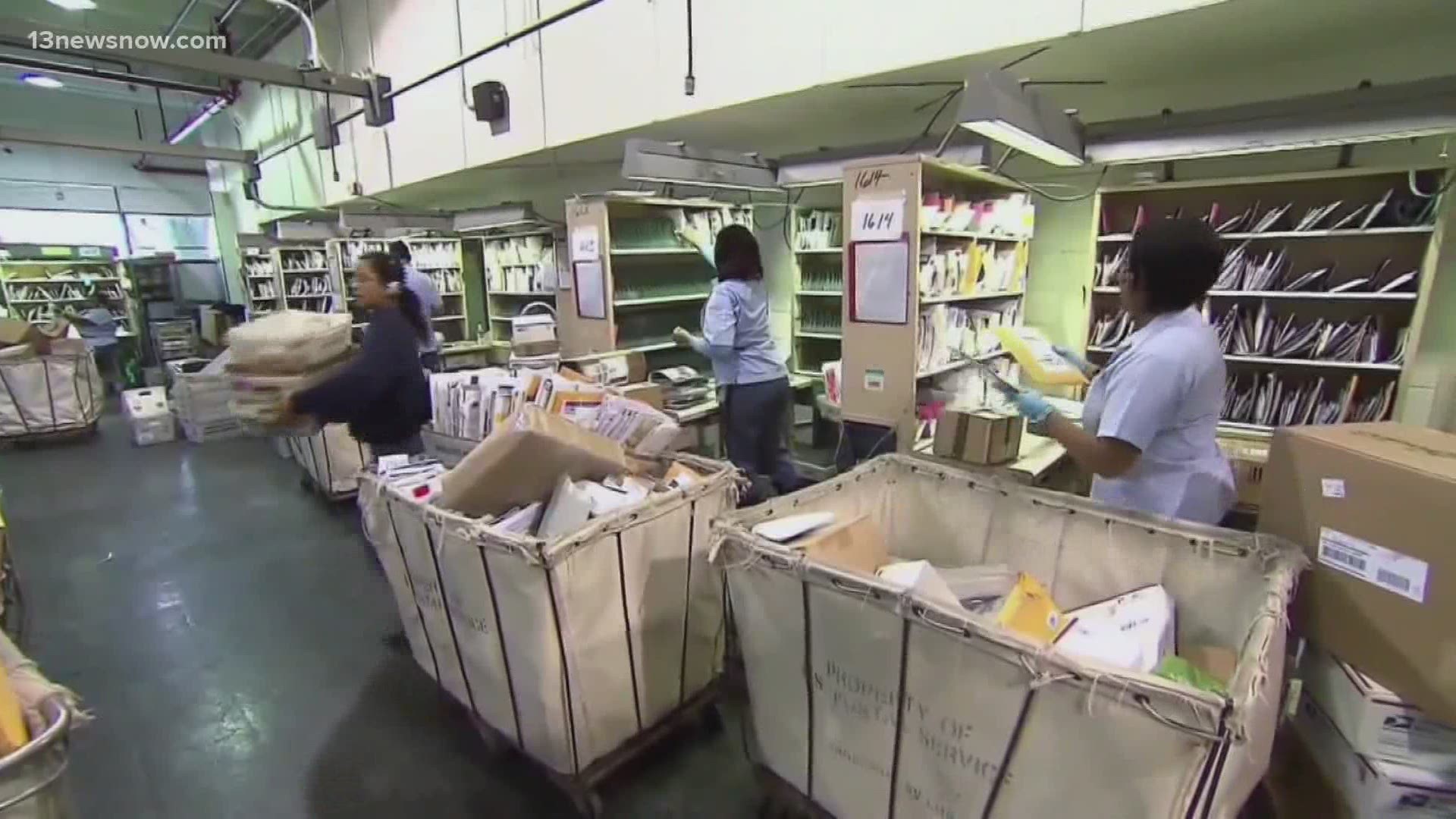 VIRGINIA, USA — It was a chance for people across Virginia to share their experiences with mail delays from the U.S. Postal Service.

Friday afternoon, Virginia Senator Tim Kaine hosted a virtual round table to listen to some of their concerns.

During the Zoom call, Jerome Johnson, a veteran living in Virginia, brought up a serious concern.

Johnson said he relies on the USPS for his prescription medication.

“It used to take two to three days, now lately it’s taking three weeks to get my medication,” said Johnson.

He wasn’t alone in experiencing delays. An elderly woman named Anita said her prescription medications have been delayed too.

“Delays in mail are causing serious, life-threatening problems," she said. "It’s taking three weeks to get my medication.”

The delays come after changes were instituted at the USPS by newly-appointed Postmaster General Louis DeJoy.

DeJoy, who was appointed by President Trump, called for the removal of mail-sorting machines. Recently, he told a House Committee on Oversight and Reform that he doesn’t plan to reinstall the machines he had removed.

During the round table discussion, Kaine said eliminating the delays was critical.

“Once people lose confidence, it’s hard to win it back,” said Kaine.

He went over the various options people have when it comes to how they vote. Kaine urged people who are voting by mail to do it early, and check with their local registrar’s office to make sure their ballot is received before Virginia's voter registration deadline on Oct. 13th.

Another option is to submit your mail-in ballot in person at a local registrar’s office. Then, of course, there's the option of voting in-person on Nov. 3rd.

Betsy Zeigler, a resident of Newport News said she relies on the USPS in order to pay her bills.

Zeigler said her bills aren’t getting in on time, and she’s had to pay several late feed. She said it’s the first time she experiences major delays with the USPS.

Zeigler, who relies on social security as her main source of income, said she can’t afford to continue paying late fees.

“I have successfully managed this for five years without any hitches, but in my mind, a transit time of more than two weeks is excessive,” said Zeigler.

Another woman, Lorraine Piepkorn, brought up different concerns that stem from USPS delays. She said it has helped military families like hers stay in contact through the years.

“I know its lower on the list, but it has emotional implications," Piepkorn said. "My children stayed connected to their father while he was deployed through the post office.”

Piepkorn said her father was recently hospitalized with COVID-19 in New York, and they communicated with him by mail through the USPS.

I am counting down the days until I can early vote on September 18 (the first day of in-person voting in VA!)— it’s the most important vote I’ll ever cast.

Get the information you need to make sure you're ready to vote in your state: https://t.co/B21QKpeiSj

“The main thing Congress needs to do is make sure the foolish changes DeJoy made get reversed, that the sorting equipment gets reinstalled, and that there’s funding there past election day, so that people can have confidence,” said Kaine.

“One of the priorities needs to be, is to make the postmaster general position of the United States is something that’s Senate confirmable," he said, "So that they’re not hand-picked by any president.”