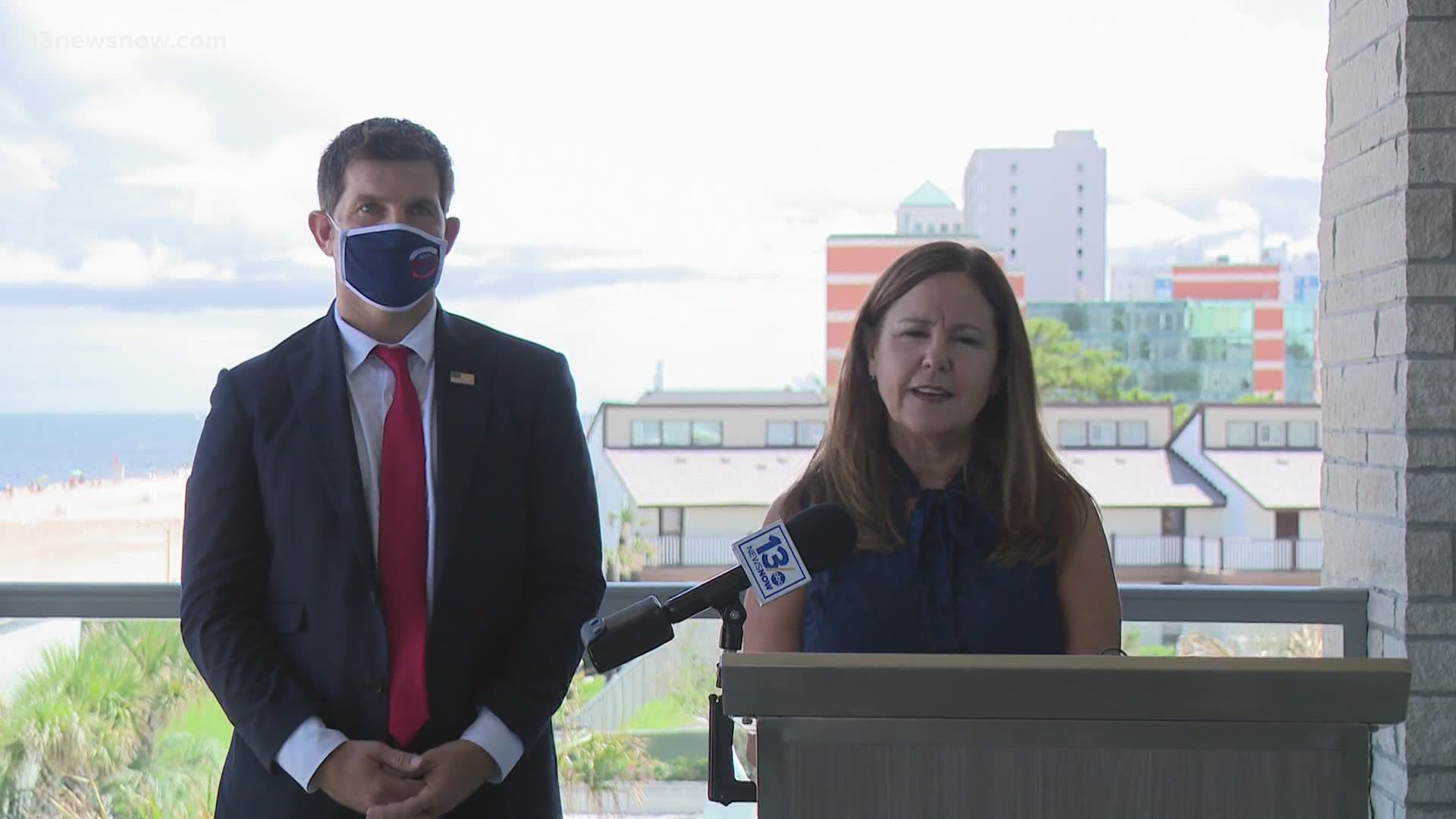 VIRGINIA BEACH, Va. — With 82 days to go until Election Day, the Second Lady of the United States, Karen Pence, appeared at a private fundraiser in Virginia Beach for former congressman and current Republican candidate for congress, Scott Taylor.

The vice president's wife met with military families, and she spoke briefly to the media without taking any questions. But she made clear who she thinks Second District citizens should vote for in November.

Taylor went on the attack against the Democrat who beat him two year ago for the seat: current incumbent, Representative Elaine Luria.

"She has been ineffective," Taylor said. "She has been, when you're talking about constituent services and cases done, her office has done less that 20% of the productivity that my office did."

It resulted in at least one Taylor staffer getting convicted so far. Taylor has taken responsibility for the actions of his employees, but he has denied any personal wrong-doing, and he said he's been assured by the  prosecutor in the case that he is not a suspect.

In a statement to 13News Now, the Luria campaign said: 'It is surprising to hear that Republicans would bring our a national surrogate to prop up a person who is still under investigation for election fraud."

Taylor is a former Navy SEAL. Luria is a graduate of the U.S. Naval Academy, and is a retied Navy commander.