Scott, Luria join McEachin and other lawmakers in calling for Trump's removal

Lawmakers in both parties have engaged in discussions on removing President Trump from power after the insurrection in the Capitol by his supporters. 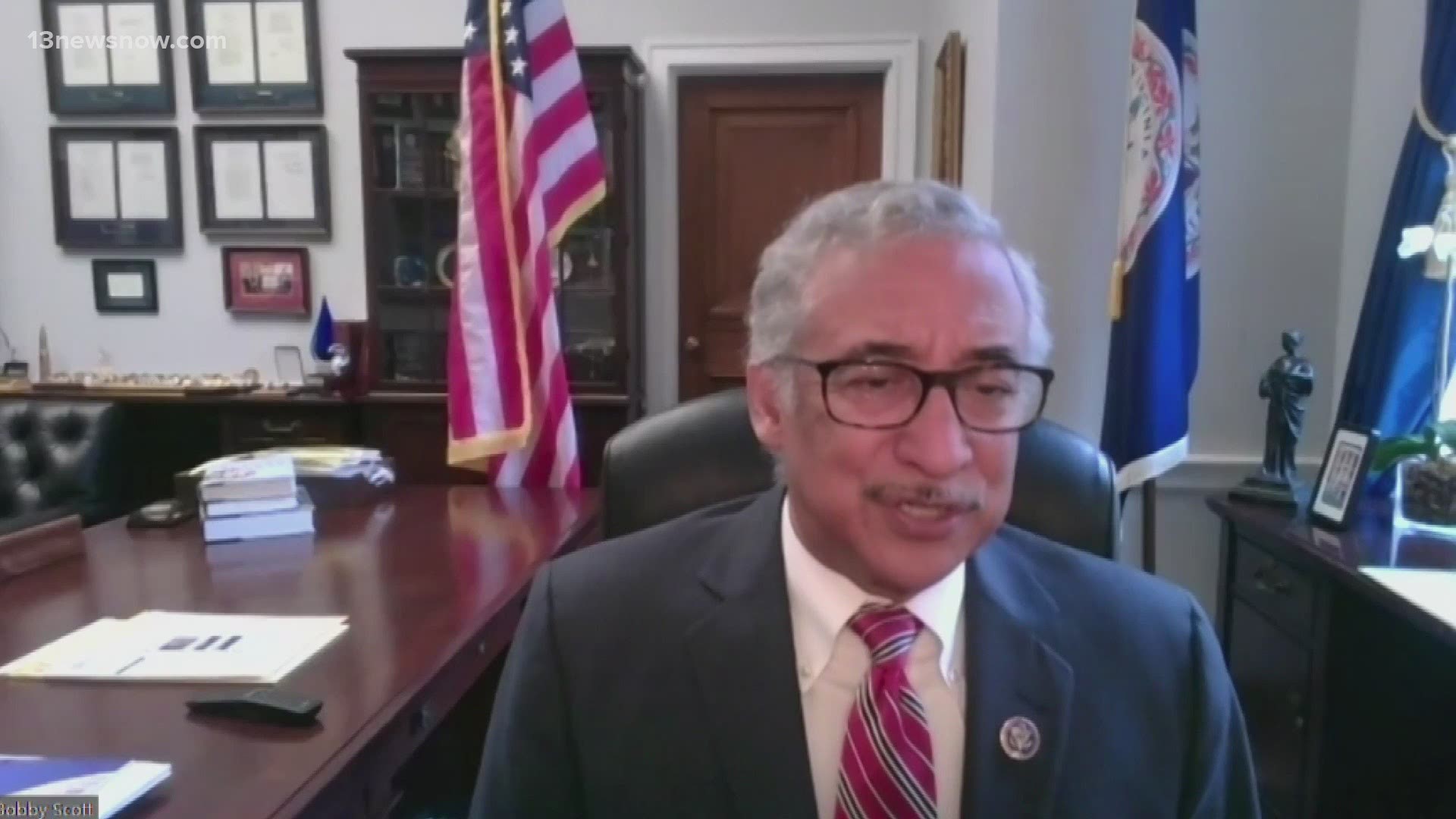 WASHINGTON — Two more members of Congress from Hampton Roads are calling for the removal of President Donald Trump after Wednesday's insurrection in the Capitol by his supporters.

"While there are only 13 days until President-elect Joe Biden is sworn into office, it is clear there are significant risks to our nation if President Trump remains in office," Scott said in a statement Thursday. "Vice President Pence and a majority of the Cabinet must immediately invoke the 25th Amendment. If they fail to exercise their authority under the 25th amendment, the House of Representatives must reconvene and begin impeachment proceedings."

In a Tweet Thursday evening, Luria said, "President Trump’s incitement of violence and a terrorist attack on the US Capitol are the final straw - he must be removed from office immediately and by whatever legal means possible."

Earlier in the day, House Speaker Nancy Pelosi said that if he wasn’t removed, the House may move forward with a second impeachment.

The lawmakers and administration officials are discussing the efforts even though Trump has less than two weeks in office. The talks began Wednesday afternoon as Trump first refused to forcefully condemn the violence and then excused the assault on the Capitol.

Senior Trump administration officials are said to be discussing the 25th Amendment, which allows for the forceful removal of Trump from power by his own Cabinet.

Scott and Luria are not the only members of the Hampton Roads Congressional delegation to call on Trump's removal.  4th District Rep. Don McEachin on Wednesday also said Trump should be removed by either the 25th Amendment or impeachment.

Hampton Roads' lone Republican Congressman, 1st District Rep. Rob Wittman, has not called for Trump's immediate removal, but said in a statement, "Now is the time to move forward as one nation. By count of the electoral college, Joe Biden becomes President-Elect and Kamala Harris becomes Vice President-Elect. The peaceful transition of power will occur, just as it has every four years since 1792."