Lawmakers pledge ERA will pass in Virginia. Then what?

The amendment would ban discrimination on the basis of sex. So far, 37 states have ratified it, and if Virginia becomes the 38th, all it needs Congressional approval 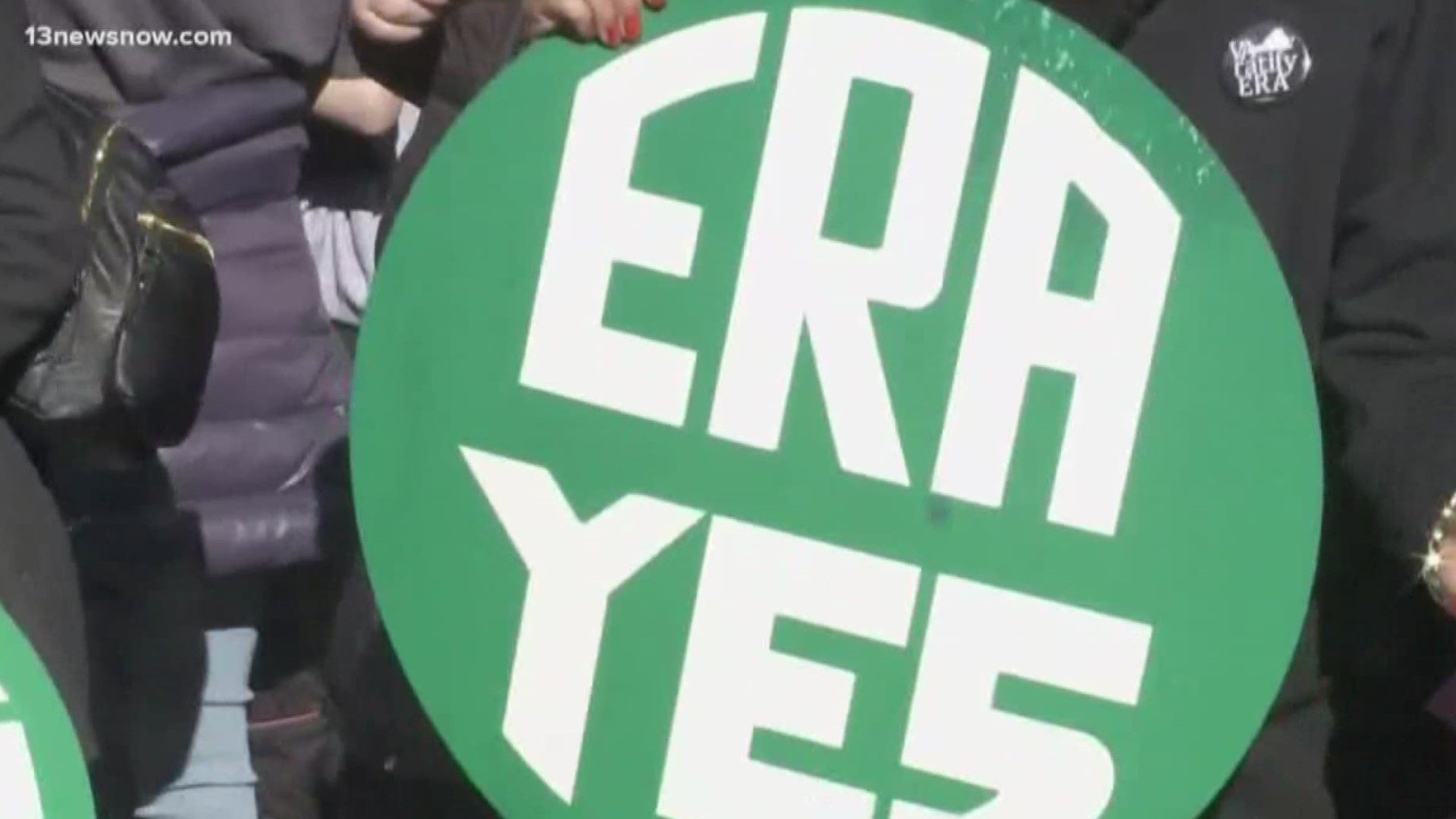 RICHMOND, Va. — Supporters of the Equal Rights Amendment are so confident Virginia is on the verge of becoming the critical 38th state to ratify the gender equality measure they are already making plans for how they'll celebrate.

Their jubilation could be largely symbolic, however: Gaining final passage at the national level is likely to be substantially more complicated.

The drive faces a host of likely legal challenges and vehement opposition from conservative activists who depict the ERA as a threat to their stances on abortion and transgender rights.

If passed, the long-stalled measure would become the 28th amendment to the U.S. Constitution.

RELATED: 'We can be bold': First female House Speaker in Virginia reflects on new role