Lee statue in Richmond will stay put until lawsuit resolved

A judge has ruled in favor of Virginia Gov. Ralph Northam, who announced plans to take down the statue in June after the death of George Floyd. 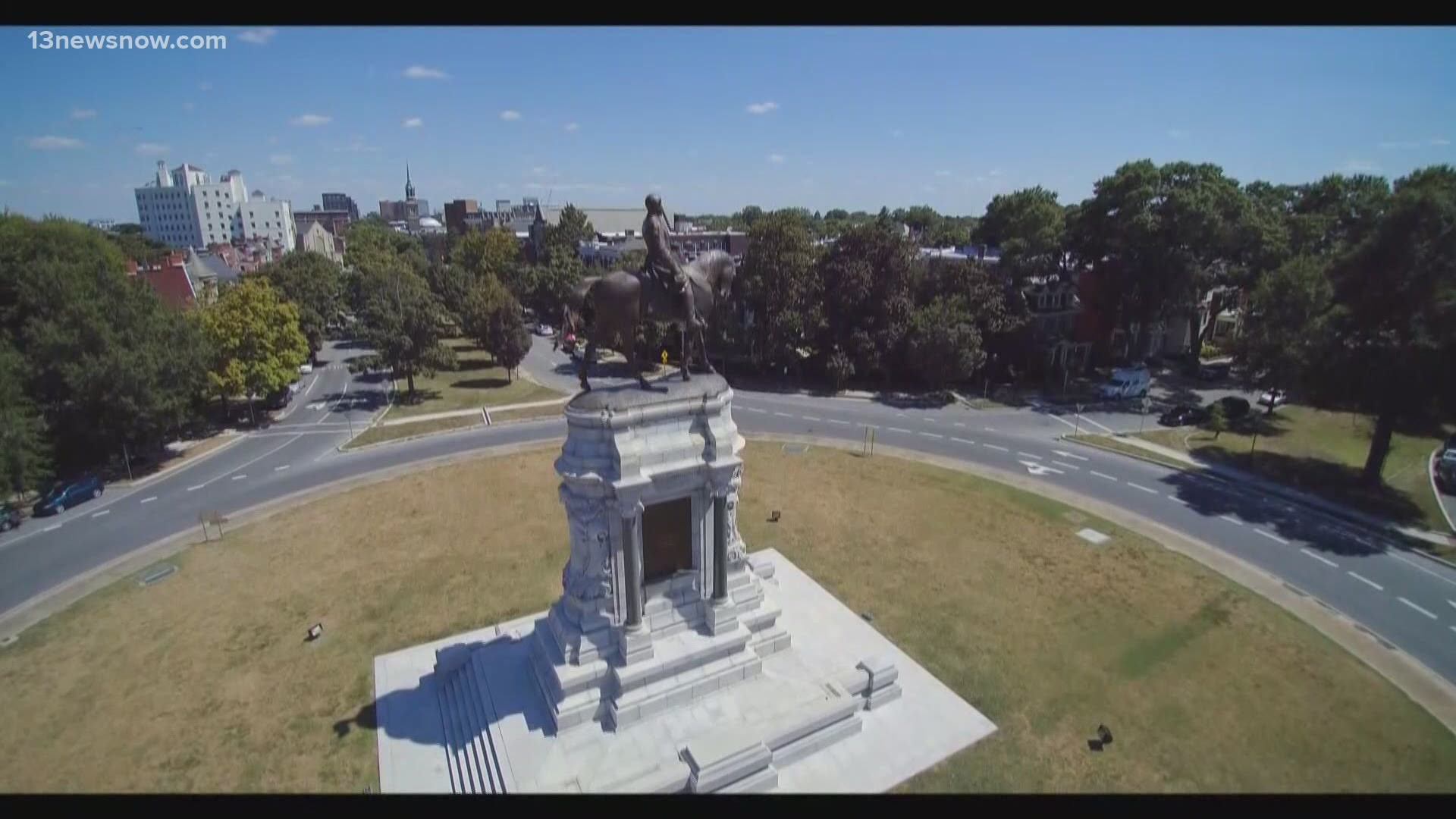 RICHMOND, Va. — Richmond’s massive statue of Robert E. Lee will stay in place in the former capital of the Confederacy at least a while longer while a lawsuit over the governor’s plans to remove it plays out.

A judge has ruled in favor of Virginia Gov. Ralph Northam, who announced plans to take down the behemoth in June after the death of George Floyd. But the judge suspended his order pending the resolution of an appeal.

An attorney for the plaintiffs told The Associated Press on Tuesday that they would appeal.

Northam put out a statement late Tuesday afternoon that said, in part:

The Lee monument was built to celebrate the Confederacy and uphold white supremacy. This victory moves Virginia forward in removing this relic of the past—one that was erected for all the wrong reasons. I am grateful to Attorney General Mark Herring and his team for their tremendous work on this case. Today we are one step closer to a more inclusive, equitable, and honest Virginia.

Herring stated that the injunction was dismissed after the judge found that the memorial was erected during the backdrop of white supremacy. Therefore, it's against public policy to keep the statue standing.

🚨BREAKING🚨 We WON the Lee statue case after a judge found that it was raised against a backdrop of white supremacy and that it is against public policy to keep it up. The ruling is *stayed* pending appeal, but this is a HUGE win and we're on the path to bringing down this relic pic.twitter.com/pn0plhDze4

The plaintiffs in the case filed suit in August after Northam ordered the removal of the statue in June amid the outcry and unrest caused by the death of George Floyd in police custody.