“I am not afraid to admit that I was afraid of what might happen,” she said during the news conference. 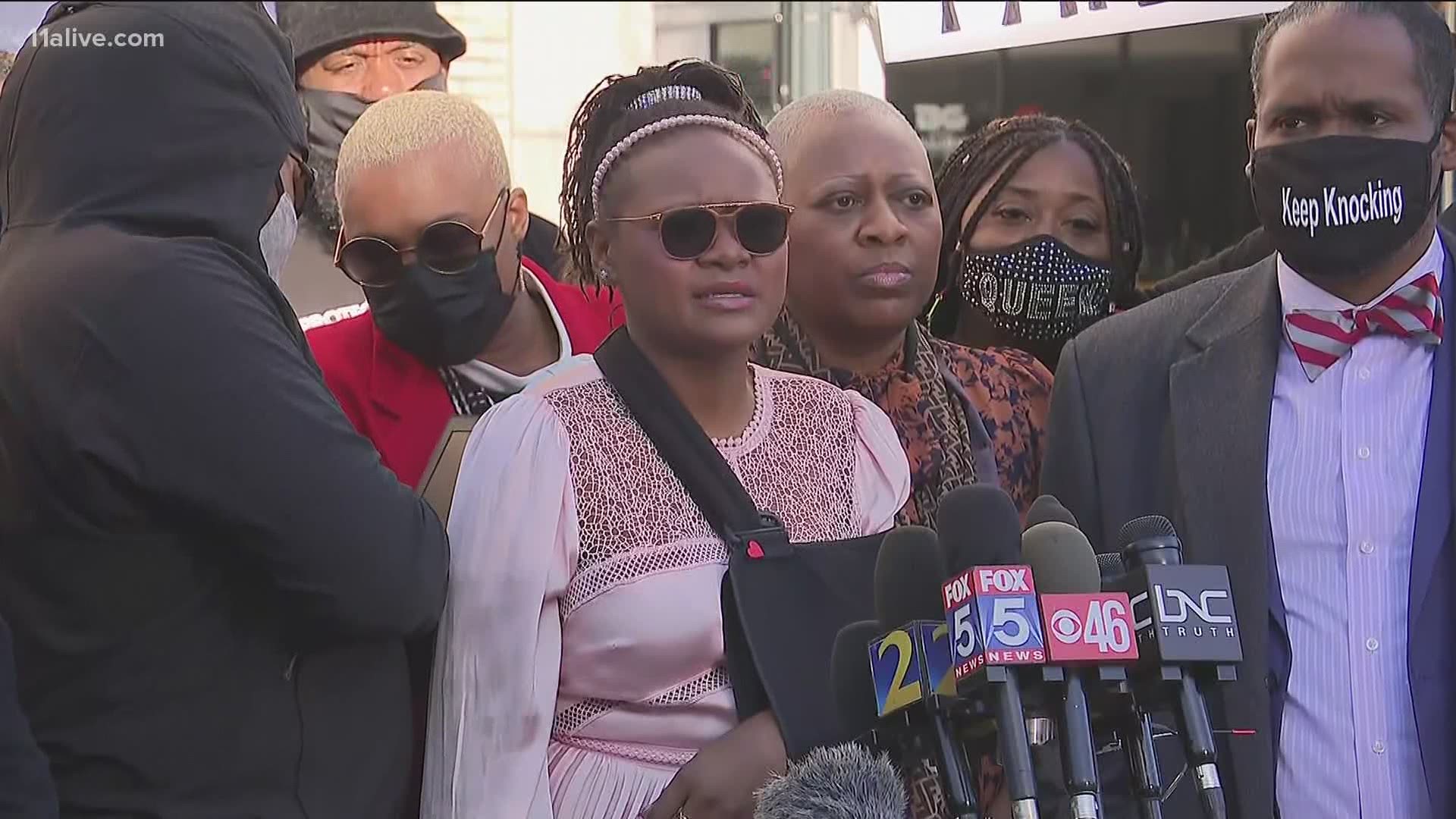 ATLANTA — The Georgia representative who was arrested following Gov. Brian Kemp's signing of the controversial voting legislation at the State Capitol spoke out Thursday morning, making it clear that she is not backing down.

Democratic state representative Park Cannon was taken into custody after a disturbance at the State Capitol exactly one week ago. It came during the same time Kemp was giving remarks after signing Senate Bill 202 -- a bill some people believe is a form of voter suppression.

During a press conference in front of the John Lewis mural on Auburn Avenue at 9 a.m., Cannon described her experience as “painful" both physically and mentally.

Video by 11Alive photojournalist Pete Smith showed Cannon standing outside of the governor's ceremonial office - where he was delivering those remarks - knocking on the door.

According to a narrative from the Georgia State Patrol, Cannon was told by officers to stop knocking on the door because of the press conference going on inside, and that if she wouldn't, she would be placed under arrest for obstruction.

“I am not afraid to admit that I was afraid of what might happen,” she said during the news conference.

After an exchange of words, and another attempt by Cannon to knock on the door, the video shows officers told her she was under arrest. Video then shows her being taken out of the Capitol.

She was later brought to the Union City Jail - an overflow facility from the Fulton County Jail -- and charged with obstruction of law enforcement and preventing or disrupting General Assembly sessions or other meetings, according to GSP. Those are two felonies.

“As I sat down that evening, I kept thinking ‘why,” Cannon said.

RELATED: Rep. Park Cannon did 'nothing illegal' before she was arrested at Georgia State Capitol

Cannon thanked folks for their support following her arrest.

“As difficult as it is to acknowledge that I am facing eight years in prison on unfounded charges -- I believe the governor’s signing into law the most comprehensive voter suppression bill in the country is a far more serious crime,” she emphasized. “A law with such nefarious qualities that several of Georgia’s Fortune 500 companies have begun knocking on the door."

Her attorney, Gerald A. Griggs,  and the rest of her legal team said they plan to do a thorough investigation and “carefully proceed in the matter.”

They also announced an online fundraiser for anyone who wants to donate to Cannon’s legal costs.

Kemp is in defense of the controversial voting law that has put the state's election process in the national spotlight once again. Kemp said he would urge people understand what’s in the measure "and not listen to the rhetoric out there."

"This bill gives the people more opportunities to vote," Kemp, currently on self-quarantine after COVID exposure, claimed Wednesday. "It’s not disenfranchising anyone."

Outside of requiring an ID number, like a driver’s license, to apply for an absentee ballot, the bill also cuts off absentee ballot applications 11 days before an election. It limits the number of absentee ballot drop boxes; allows the state to take control of what it calls “underperforming” local election systems; and disallows volunteers from giving away food and drink to voters waiting in lines.