Lawmakers reacted to the passage that will establish further procedures for the impeachment inquiry into President Donald Trump. 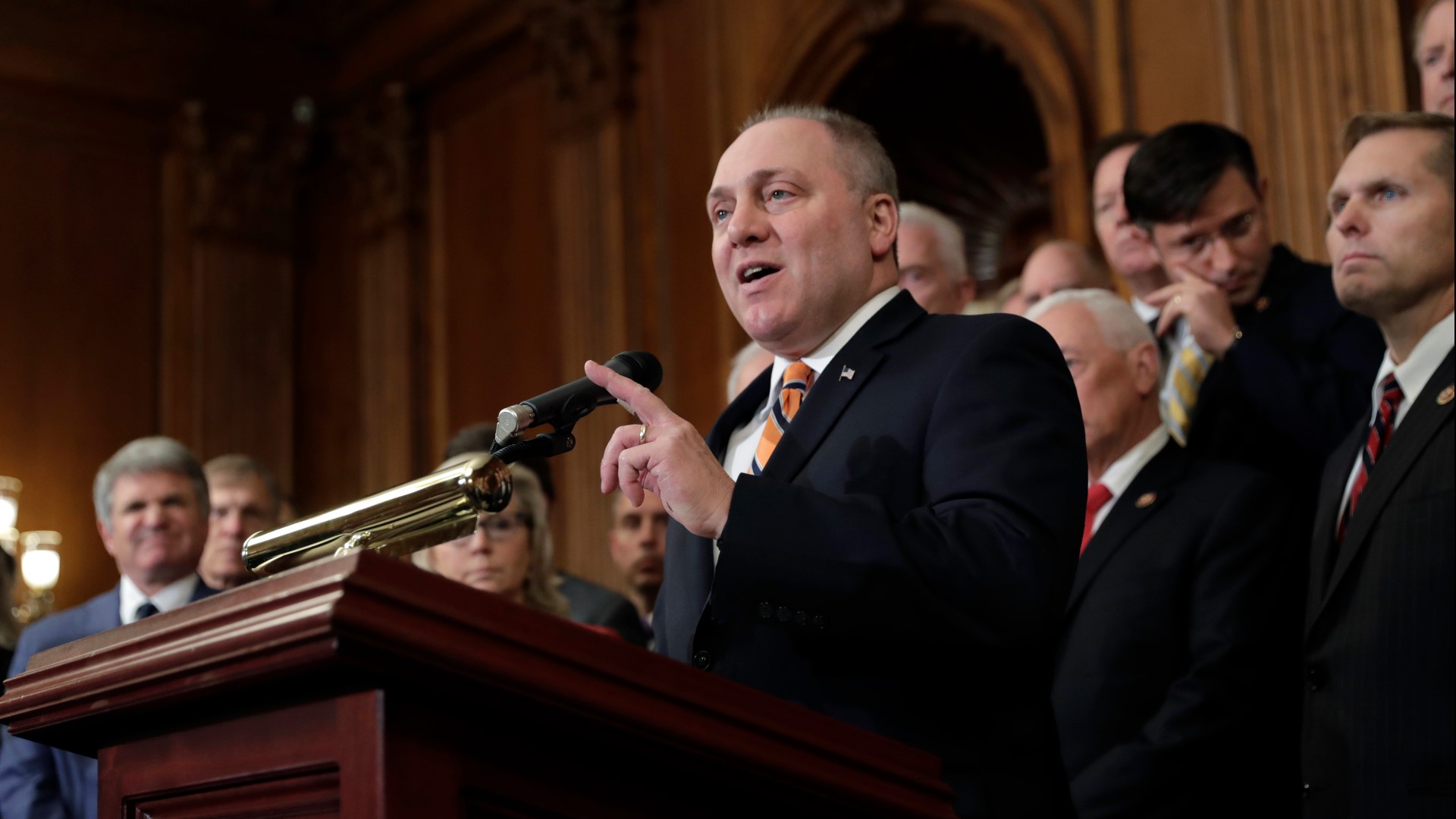 WASHINGTON — Democrats passed a package their impeachment inquiry of President Donald Trump through a sharply divided House Thursday, the chamber's first formal vote in a fight that could stretch into the 2020 election year.

The vote was 232-196, with all Republicans against the resolution and two Democratic defectors joining them.

The resolution will help establish further procedures for the impeachment inquiry into President Donald Trump.

"What is at stake in all this is nothing less than our democracy," said House Speaker Nancy Pelosi, D-Calif.

The Associated Press said Democrats spoke of lawmakers' duty to defend the Constitution, while Republicans cast the process as a skewed attempt to railroad a president whom Democrats have detested since before he took office.

President Donal Trump tweeted his reaction to the news with "The Greatest Witch Hunt In American History!"

Lawmakers in Virginia reached to the decision.

“Every Member of Congress swore an oath to uphold and defend the Constitution, and today’s vote was part of adhering to that solemn obligation. This resolution will establish procedures for how the House of Representatives will go forward with public hearings as part of the next phase of the impeachment inquiry.  Three House committees have already collected extensive evidence, and now the American people will get to hear, in detail, what that evidence proves. I am confident this resolution will allow us all to move forward in a fair, professional and transparent manner that will reveal this evidence to the American people and afford the President appropriate due process.”

Congresswoman Elaine Luria (VA-02) issued the following statement after she voted with a majority of Congress:

“I did not come to Washington to impeach the President, but his actions have brought Congress to this vote today. As part of my duty to defend our oath to the Constitution, I continue to support the ongoing investigation of the President’s decision to withhold critical aid from our partner, Ukraine, in exchange for information to detract from a political opponent. The President’s own words threatened our national security, undermined the integrity of our elections, and constituted an abuse of power. This investigation will bring out the truth, something every American deserves.”

Congressman A. Donald McEachin (VA-04), who is currently recovering from surgery, said:

“This is a sad and somber day for our country. Today’s vote is a necessary step to move forward in the ongoing impeachment inquiry and I strongly support all efforts to clarify and outline the process for our constituents. Our constituents deserve to hear the many ways the president has betrayed our country and put our national security at risk for his own gain. With this vote, we are ensuring transparency, effective public hearings, and due process protections for the president or his counsel.

While I deeply regret we have come to this, I stand with my colleagues in support of today’s resolution. We must hold the president accountable for his misconduct – it is our Constitutional obligation. No one is above the law.”

“Today marks a sad day in the history of our great republic. I voted against the resolution that unfortunately passed the House of Representatives today, which simply codifies the unfair and unprecedented process that has been used to smear the President of the United States in an attempt to reverse the 2016 election. I am confident that justice will ultimately prevail, and I will continue to oppose this baseless investigation until it does.”