In front of her constituents in Virginia Beach, Congresswoman Elaine Luria stood firm in her impeachment inquiry of President Donald Trump. 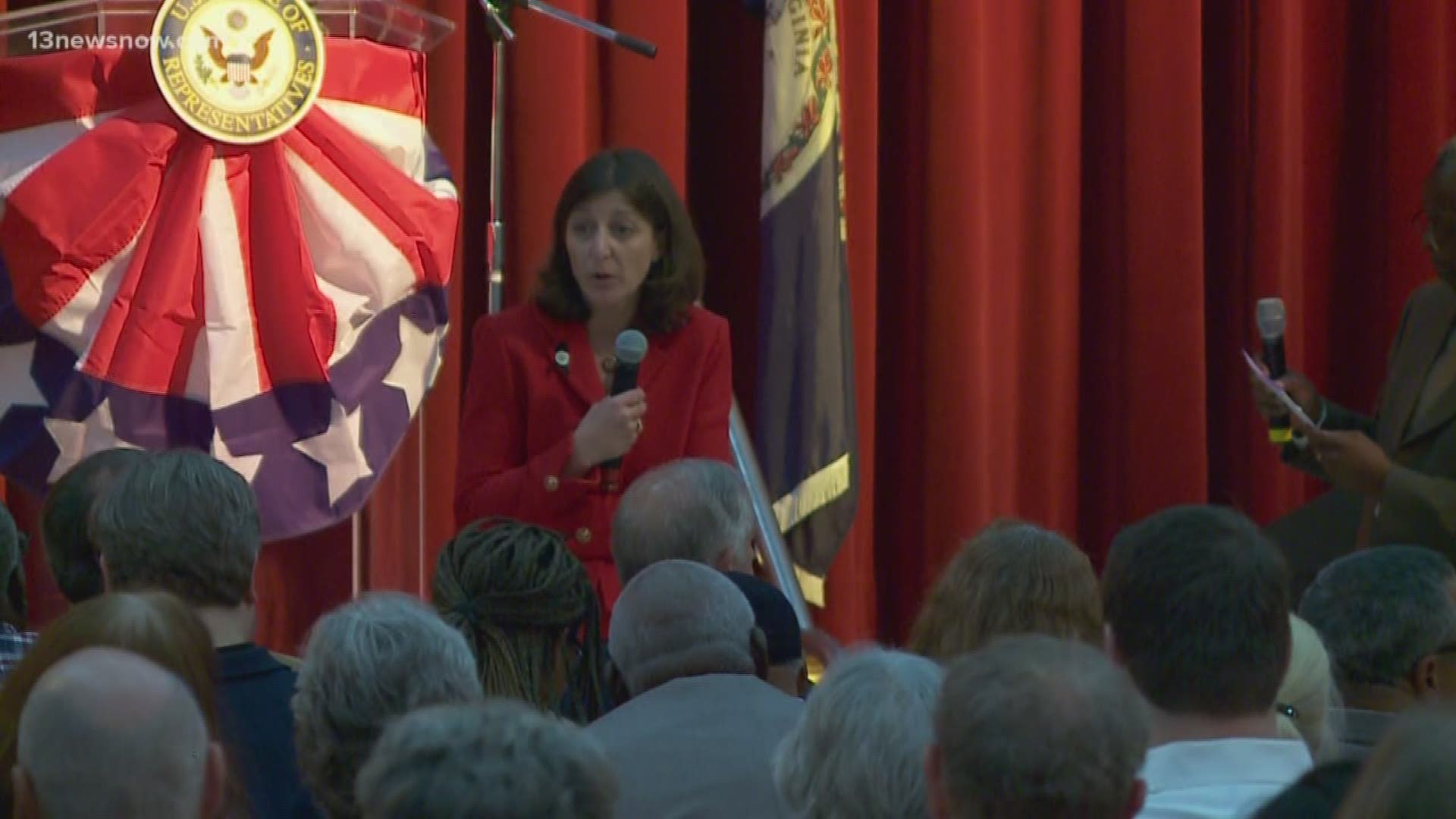 VIRGINIA BEACH, Va. — In front of her constituents in Virginia Beach, Congresswoman Elaine Luria stood firm in her impeachment inquiry of President Donald Trump, following his phone call with the Ukranian President.

"I truly feel that this is a sad time for our country. I didn't go to Washington to impeach the president," she said. "I didn't spend 20 years in uniform defending our country to watch something like this happen and watch our constitution be trampled on."

Congresswoman Luria took written questions from supporters, as well as those who are against impeachment.

"Why would you seek to remove the President of the United States for nothing, no impeachable offenses, especially when your party is guilty of so much?" the moderator asked her.

Her message resonated with audience members, including Robin Kessler.

"She's not saying 'I'm voting to impeach him'. She wants an inquiry to go forward and I think that's reasonable," Kessler told 13News Now.

At one point, a man from the crowd shouted at Congresswoman Luria while she answered a question. The moderator confronted the man and told him to respect her or get out.

Outside of New Hope Baptist Church, Trump supporters made sure their voices on the impeachment talks were heard. They think the Congresswoman has no basis for the inquiry.

"The only thing that Elaine Luria has done since she's been here is sign on to this ridiculous impeachment inquisition that's not even a hearing. If she's so inflamed on impeachment, bring it to the floor, have a vote and be done with it," said John Fredericks, radio host and member of the Trump Campaign Advisory Committee 2020.

"I think it's reprehensible and I don't think we can allow it and that just reinforces my decision to move forward with an impeachment inquiry," she said.

She said to even bring allegations into the Bidens up is unnecessary, and takes away from the discussion at hand about the president and the phone call with Ukraine, asking for them to investigate a political opponent in exchange for aide.

"It's been proven already that those allegations are not substantiated," she said. "I want to be able to look in the mirror, look and say I was on the right side of history and not that this had any sort of political ramifications."

The first-year congresswoman said she has received hundreds of phone calls from constituents since deciding to support the impeachment inquiry. She said most of those calls have been supportive of her.

She told 13News Now she hasn't received any personal confrontation about her decision, other than a few phone calls to her office.