People in Pasquotank County didn't waste any time lining up to vote on the first day of early voting in North Carolina. 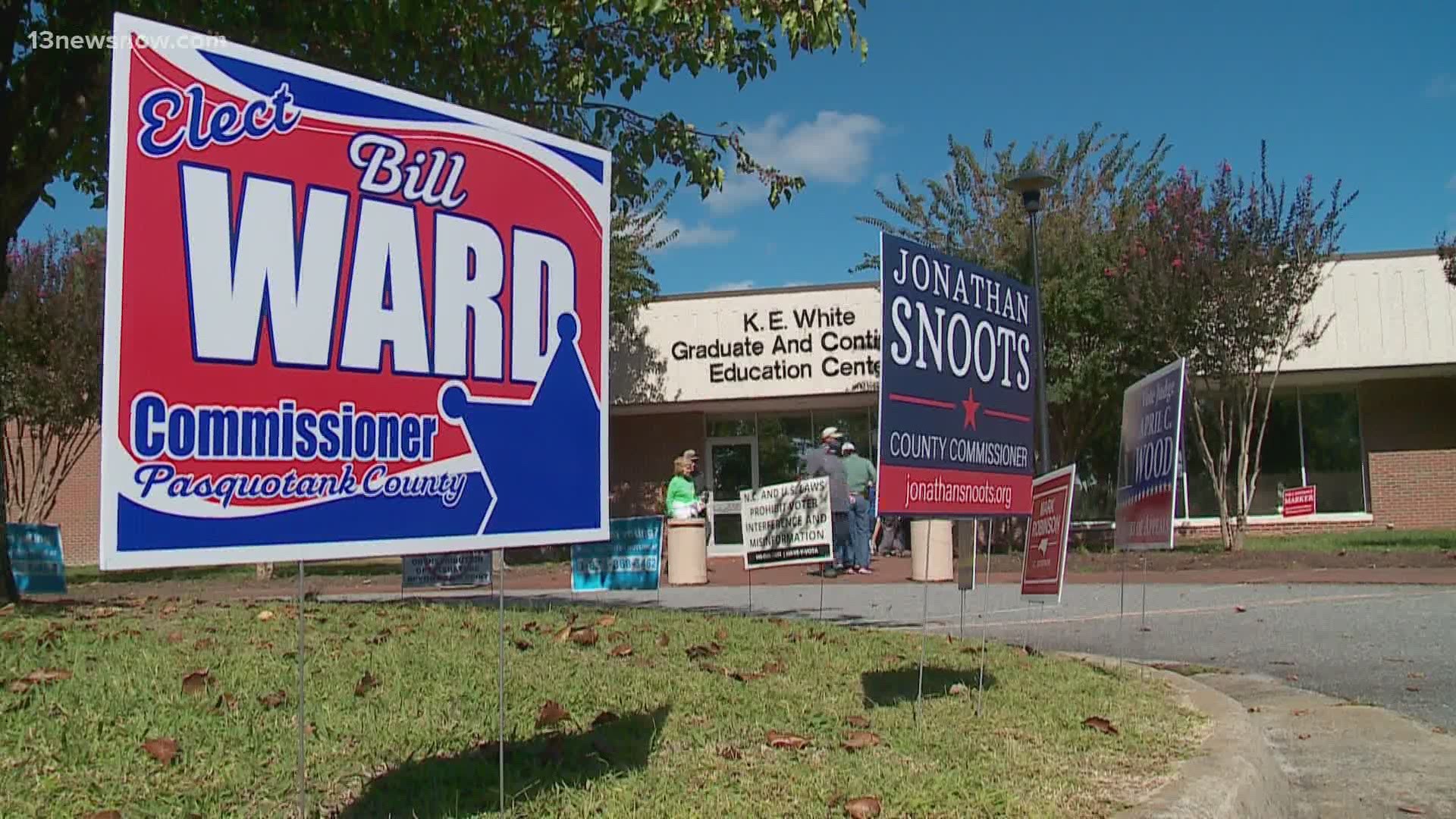 From the time things started In Pasquotank County at 8 a.m., the line of cars for curbside voting at the Kermit E. White Graduate Center never slowed down. By 3:30 p.m., more than 1,200 people cast their vote in person.

“There is plexiglass, hand sanitizer, social distancing markers. We have more stations than we’ve ever had before,” said Tate.

“I did not want to send in my ballot just because there’s been a lot of things going on. Now, if God allows me to be here, I’m here and so is everyone else,” said voter Linea Johnson.

“I think it’s a great idea,” said voter Jim Hulett. “The turnout was bigger than I thought it was going to be.”

Voters young and old said they couldn't miss the chance to make their voices heard.

“Doesn’t matter who you vote for as long as you get out and vote,” said 90-year-old voter, Martha Butts.