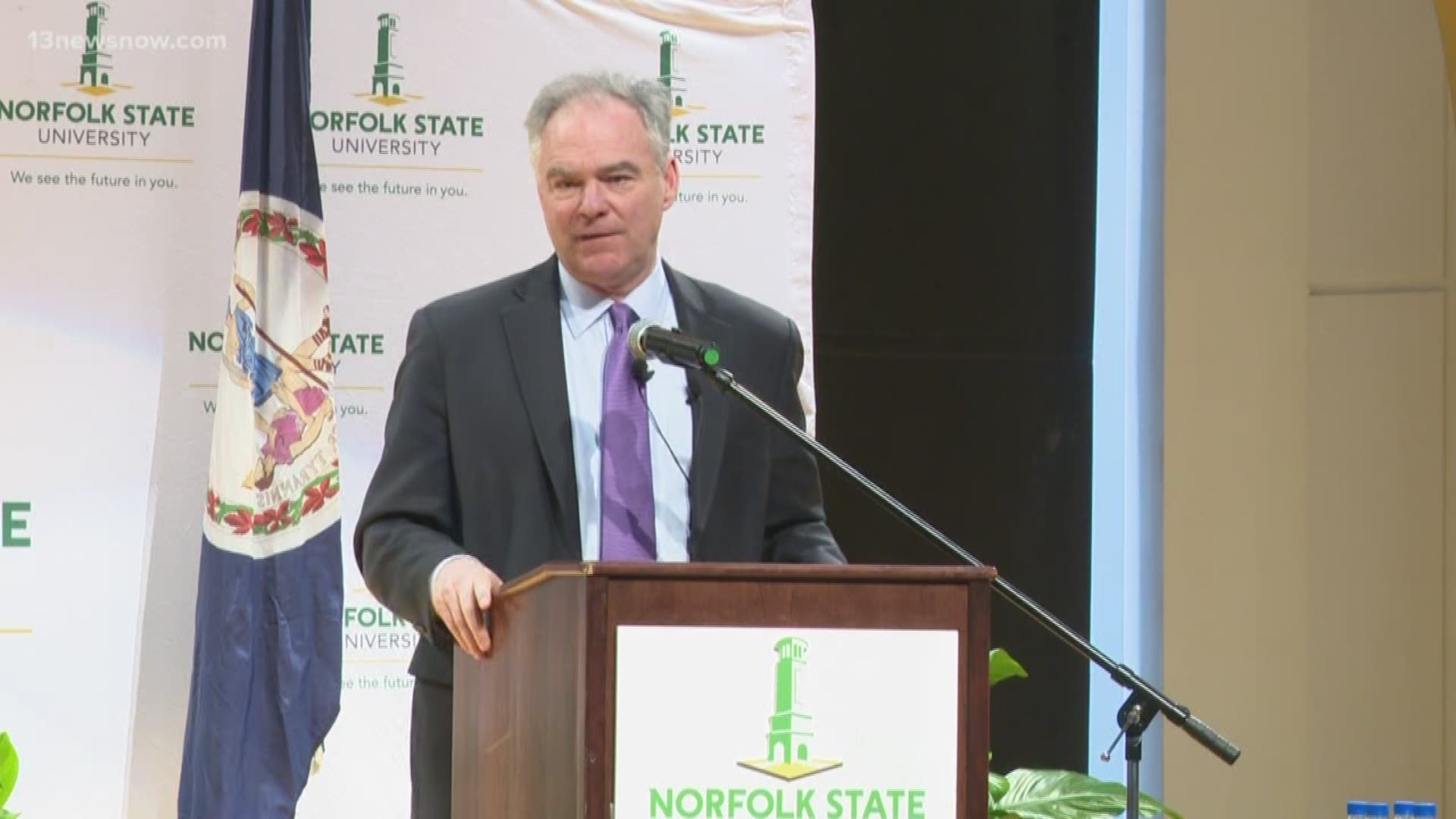 NORFOLK, Va. — Senator Tim Kaine has announced the Senate should start debating his Iran War Powers Resolution. He has enough votes to pass his bill and hopes the Senate starts debating the issue next week.

When issues arise in Washington D.C., the Senator often visits colleges and high schools. On Friday, he spoke at Norfolk State University.

The visit gave NSU military and first-generation students a seat at the table to discuss U.S. war decisions.

"Young people have the most at stake with this,” Senator Kaine said. “That is why I am here."

Kaine’s resolution asks the President to pull back against tensions with Iran unless Congress authorizes.

"NSU is home to many military families,” said NSU Student Government Association President Linei Woodsen. “We have a lot of military students."

Virginia has a military heartbeat, so Woodson was proud her classmates had a Senator's ear.

"For students to come out here that means a lot because it is just policies,” Woodson said. “A lot of students don't like to talk about policies."

Students asked about the resolutions power, and what happens if the President vetoes it.

"The checks that the Congressmen make for the President are really needed in life,” said NSU freshman Azzih Russel. “If not, we'd be a dictatorship."

The Senator plans to bring their questions to the Capitol. If President Trump does veto the bill, Kaine hopes support from both sides of the aisle will make him think twice.

"When I am on the floor of the Senate debating my bill, I will be a better advocate because I have come and shared with young people, and heard their perspectives,” Kaine said.

Kaine said he has enough votes to pass his bill. A similar bill passed the House. But, if the Senate’s bill is passed, it would end up on the President’s desk.

RELATED: Virginia lawmakers react to the US House vote to restrain Trump’s military powers against Iran