NEWS CENTER Maine has the latest updates and stories from Manchester, N.H. 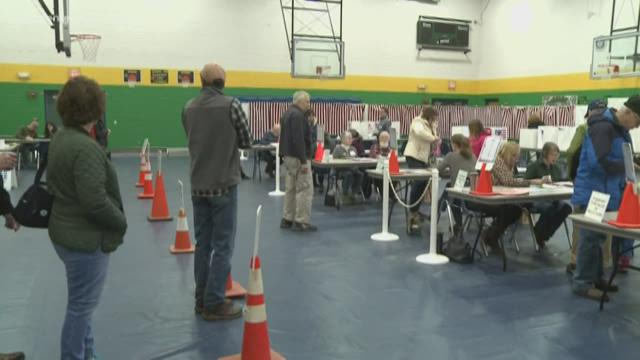 Tuesday's Democratic presidential primary in New Hampshire feels as though it now has added importance, particularly with the confusion and uncertainty surrounding the results of the Iowa caucus.

With that said, however, the caucus results aren't necessarily final. In a press release Friday, the Iowa Democratic Party (IDP) said they have provided campaigns an opportunity to submit evidence of inconsistencies between data reported and the results for correction.

On Monday, the Buttigieg and Sanders campaigns filed requests for a partial recanvass of the results.

A victory in New Hampshire would give a candidate the definitive night-of/morning-after victory headline that neither Buttigieg or Sanders benefited from in Iowa. 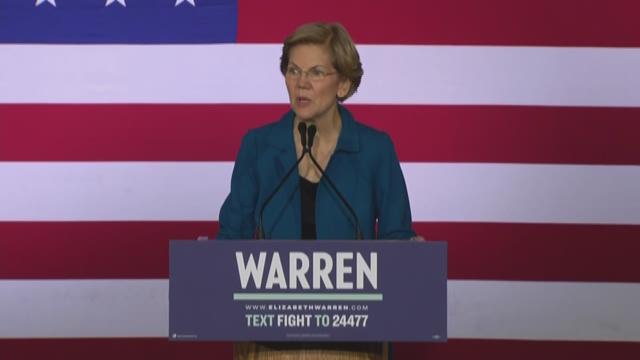 “We might be headed for another one of those long primary fights that last for months," Warren said Tuesday night. "We are two states in, with 55 states and territories to come. We still have 98 percent of our delegates before our nomination up for grabs. Americans in every part of the country are going to make their voices heard."

Sen. Amy Klobuchar is looking for results Tuesday, after building momentum with a solid debate performance Friday night. Over the past week, she's gotten increased attention as a more moderate alternative to candidates like Sen. Bernie Sanders and Sen. Elizabeth Warren. Now it's a question of whether she can steal more moderate Democratic voters' votes from candidates like former South Bend, Indiana Mayor Pete Buttigieg and former Vice President Joe Biden.

"Since the debate we've been soaring with attendance at our rallies, in the polls," Klobuchar said. "And we've even raised three million dollars online from regular people since the debate."

In Dixville Notch, former New York City Mayor Michael Bloomberg appeared as a write-in candidate with two votes on the Democratic side and one vote on the Republican side. Bloomberg has been a Democrat, Republican and independent in his career.

Sen. Bernie Sanders also visited the Airport Diner in Manchester Tuesday morning for breakfast. He greeted prospective voters before they took to the polls on his way to his table. 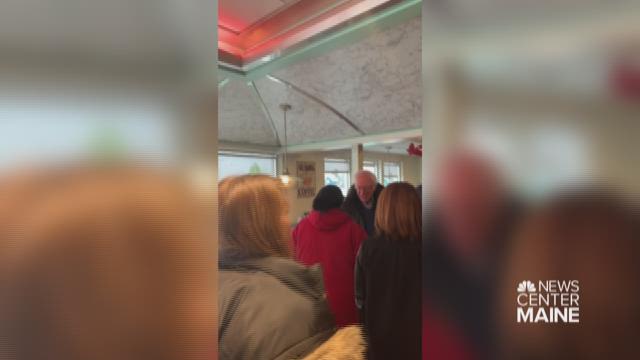 RELATED: Democrats in New Hampshire say they're uniting to unseat the President

"We're really asking ourselves, not so much who we like the best, but who we think has the best chance to defeat Trump," one Bernie Sanders supporter said.

"Electability" seems to be more important than ever in the 2020 Democratic primary. Voters are compromising the issues they care about to ensure the person they vote for has wide appeal.

The newest University of New Hampshire CNN tracking poll conducted through Sunday night shows Bernie Sanders still at the top of the heaps with 29%, followed by Pete Buttigieg (22%), Joe Biden (11%) and Elizabeth Warren (10%) fighting for third and Amy Klobuchar (7%) right behind.

Other tracking polls show Klobuchar moving up to third today.

NEWS CENTER Maine's Pat Callaghan spoke with NBC News correspondent Andrea Mitchell about what makes this year's race different from other years. She says it's not just the large number of viable candidates, but how fluid this contest still seems to be.

If Klobuchar is moving up in the polls, Mitchell says, she's taking away from Buttigieg and Warren, which helps Sanders expand his lead.

"It's a see-saw effect and...whoever is gaining is taking away from someone else, obviously, but the whole field is pretty much a muddle," Mitchell says.

Ninety percent of the Republicans respondents for the Republican primary poll say they will be voting for President Donald Trump.

Pres. Trump is in New Hampshire Monday, in essence stealing the Democrats' thunder. Hannah Dineen of NEWS CENTER Maine was at the 11,000-seat Southern New Hampshire University Arena rally, where people were reportedly lined up since yesterday.

People in line say they're at the rally to support the president and to show their appreciation for what he's done for the country over the past three or so years.

Meanwhile, Don Carrigan has an update from the Tulsi Gabbard campaign's efforts in New Hampshire. She is not yet a top-tier candidate but has been pushing hard to break through in N.H. At rallies, she has been talking about stopping wars, bringing troops home from Afghanistan, and finding ways to bring the country back together.

RELATED: After a year of campaigns, New Hampshire voters to take over

Gabbard campaign staffers say she's in the race to stay, despite not being able to break out of the single-digit polling numbers.

On the other end of the polling spectrum, Bernie Sanders supporters are feeling confident. Even ice cream makers Ben and Jerry came all the way from Vermont to voice their support and cheer on their old friend.

Todd says every candidate has flaws.

At an Elizabeth Warren rally in Concord, New Hampshire on Sunday, there were some undecided voters, but also many committed Warren supporters.

"She’s a fighter, and we need that," said one supporter.

"She is experienced, competent, even," said another supporter.

STORY: New Hampshire is a last chance for some struggling 2020 Democrats

Several Democratic presidential candidates who are lagging in the polls are making their final pitches before New Hampshire's first-in-the-nation primary on Tuesday.

Colorado Sen. Michael Bennet, tech entrepreneur Andrew Yang, former Massachusetts Gov. Deval Patrick and several others are barnstorming New Hampshire in search of the votes they hope will give their campaigns a boost going into the next contest.

The poll was conducted from Tuesday, the day after the Iowa caucuses, through Friday, when the top candidates met for their final debate before the New Hampshire vote.

STORY: Biden and Warren pressing for votes In New Hampshire

While Joe Biden received praise for his tough but civil debate performance Friday night, the former vice president along with Massachusetts Senator Elizabeth Warren both need to gain a lot of ground to close the gap between themselves and front runners Bernie Sanders and Pete Buttigieg.

Biden and Warren spent Saturday rallying supporters and comparing their records to those of their opponents.

People from all over New England took the opportunity to hear Senator Bernie Sanders' vision for America on Saturday at the Rochester Opera House.

"I think Bernie has a really passionate platform and a lot of passionate supporters, and they come from far to hear him speak. I think that speaks to the strength of his movement," said one supporter.

Just days after a tumultuous Iowa Caucus, seven Democrats running for president faced off on the debate stage Friday night in New Hampshire.

It was the eighth round of debates for Democrats and comes just four days before New Hampshire residents vote and get their say for who should take on President Trump this fall.

STORY: Supporters rally for Democratic candidates ahead of Primary vote

Friday is debate night in New Hampshire for the seven strongest Democratic presidential contenders. It could be the fiercest debate of the 2020 primary season as two candidates have become the early front runners after Monday's Iowa caucuses and others are being forced to cut campaign spending.

New Hampshire's First in the Nation status has been threatened many times. But the chaos in Iowa, and the renewed questions about whether this state accurately represents the nation, are casting new doubts about the future.

"Our position has always been threatened," N.H. Secretary of State Bill Gardner said. "This is no different than all the years I've been here."

And he would know. This is the eleventh presidential primary he has overseen.

Many times over those years, other states have tried and failed to leapfrog N.H. for first in the nation status.

"I can't predict the future," Gardner said. "But we have been challenged pretty severely, and we've always had the will to maintain this tradition."

STORY: Some voters decided, some not, as candidates swarm New Hampshire

There are certainly policy-related concerns weighing on Democratic voters' minds, but there's also the concern of which candidates could defeat President Donald Trump if they were to win the nomination.

“(I want) a candidate who can beat Trump, and can have the experience to hit the ground running and get some things done,” Karen Parry, a Dover resident, said.

NEWS CENTER Maine also spoke with Democratic voters Wednesday who said they feel many candidates have certain strengths and certain weaknesses, which makes it tough to choose.

“I like Pete, I’m not sure he’s gonna bring in the black vote," Lori Witham, a Dover resident, said. “Biden I’m not sure he brings in the young vote. They all have something good."

“And weaknesses," Witham's friend, Alandra Hoffman, said. “There isn’t one that you say 'that’s the one.'”

RELATED: All the presidential candidate events in N.H. ahead of the primary

RELATED: POLL: Which political issue is the most important to you?