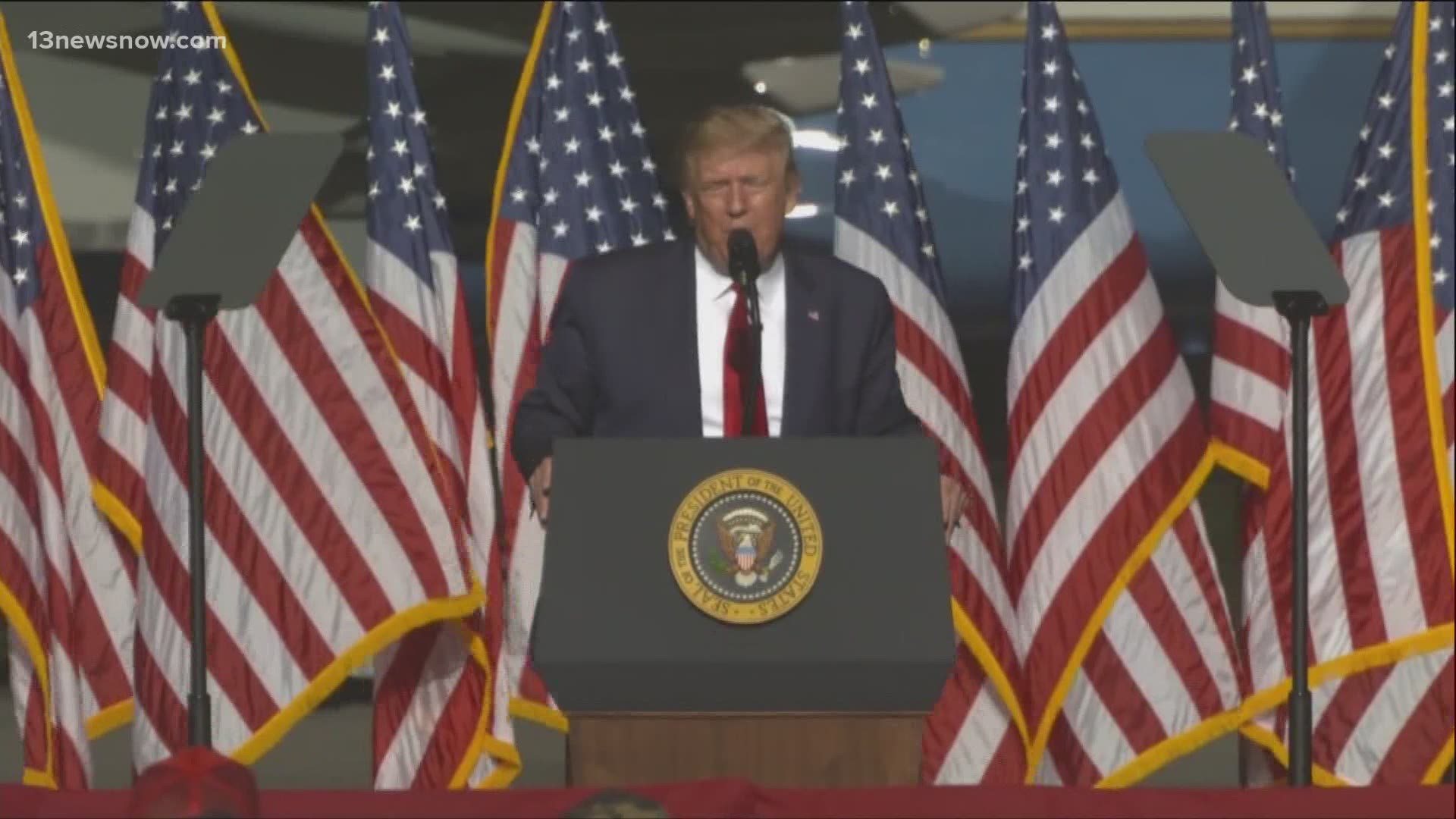 From the early morning, vendors were setting up shop outside the airport. There were long lines of visitors by 2:30 p.m.

The rally broke Virginia coronavirus restrictions, with well over 250 people in attendance. It also rained much of the day. But despite that, thousands of supporters cheered and listened to President Trump campaign for about an hour.

Trump rolled in on Air Force One after a day of multiple campaign stops. He followed speeches by multiple Republican candidates as well as Vice President Mike Pence.

Some of the attendees wore masks and packed chairs and bleachers.

The President said he believes he can win Virginia this November, calling this election the “most important in our country’s history.”

Trump said he will announce his choice for a new Supreme Court justice on Saturday night, and said it will be a woman. The crowd chanted “fill that seat” in relation to the vacancy after Justice Ruth Bader Ginsburg’s passing.

Trump also praised his administration for its coronavirus response, despite more than 200,000 dying over the last six months. He did not mention this death count.

"The question was asked to me, 'How well did we do on the pandemic?' I said, 'I'd give us an A to an A+. You look at the ventilators, you look at all we've done. We did a great job," Trump said. "We've done a hell of a job except in public relations and that's to explain it to people. On that, I'd give us a D."

Trump also announced an extension of the offshore drilling moratorium in Virginia and North Carolina.

The largest cheers tonight? It came for Trump’s comments on gun rights.

I’d guess about 3,000 people are here at the moment. More people are wearing masks now in these close quarters than they were in line earlier.

Also of note, the crowd just finished listening to all of The Prayer by Andrea Bocelli and Celine Dion. #13NewsNow pic.twitter.com/ZXlK2XBDFb

Security increasing in Newport News for President Trump Rally. It’s set to begin at 9:00 pm. Many supporters are in line. #13NewsNow pic.twitter.com/2KwLpE9Wgf

On Thursday, concerns about the number of people who could be at the event prompted a health department official to ask the airport to scale back the event, or cancel it.

By 4  p.m. Friday, Atlantic Aviation (the private company organizing the rally) had not issued any cancellation or postponement instructions.

13News Now reporters Evan Watson and Angelo Vargas are at the scene, tweeting live updates from outside PFH airport. 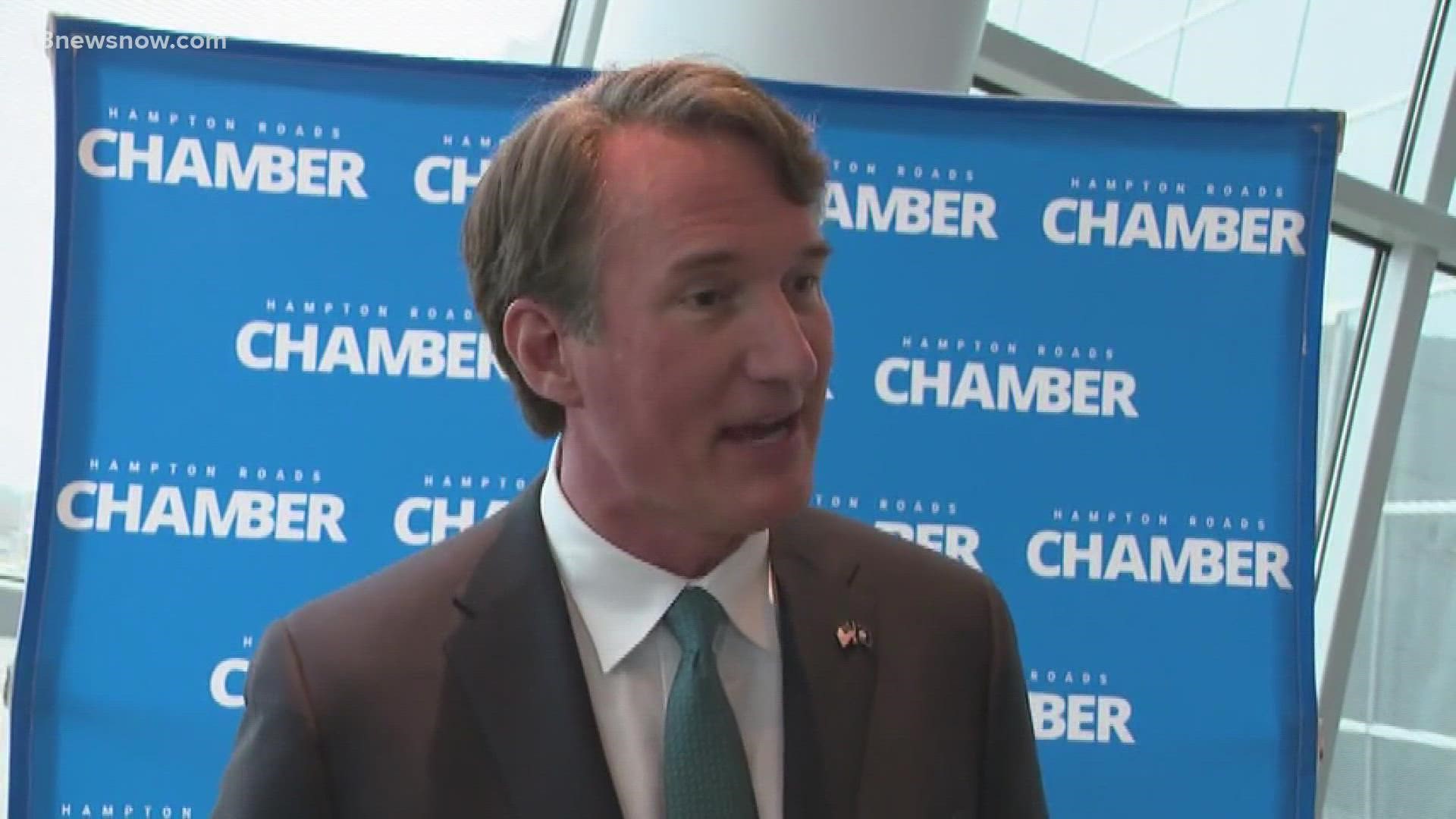