The survey results also showed that people who were polled gave President Donald Trump low marks when it came to job approval. 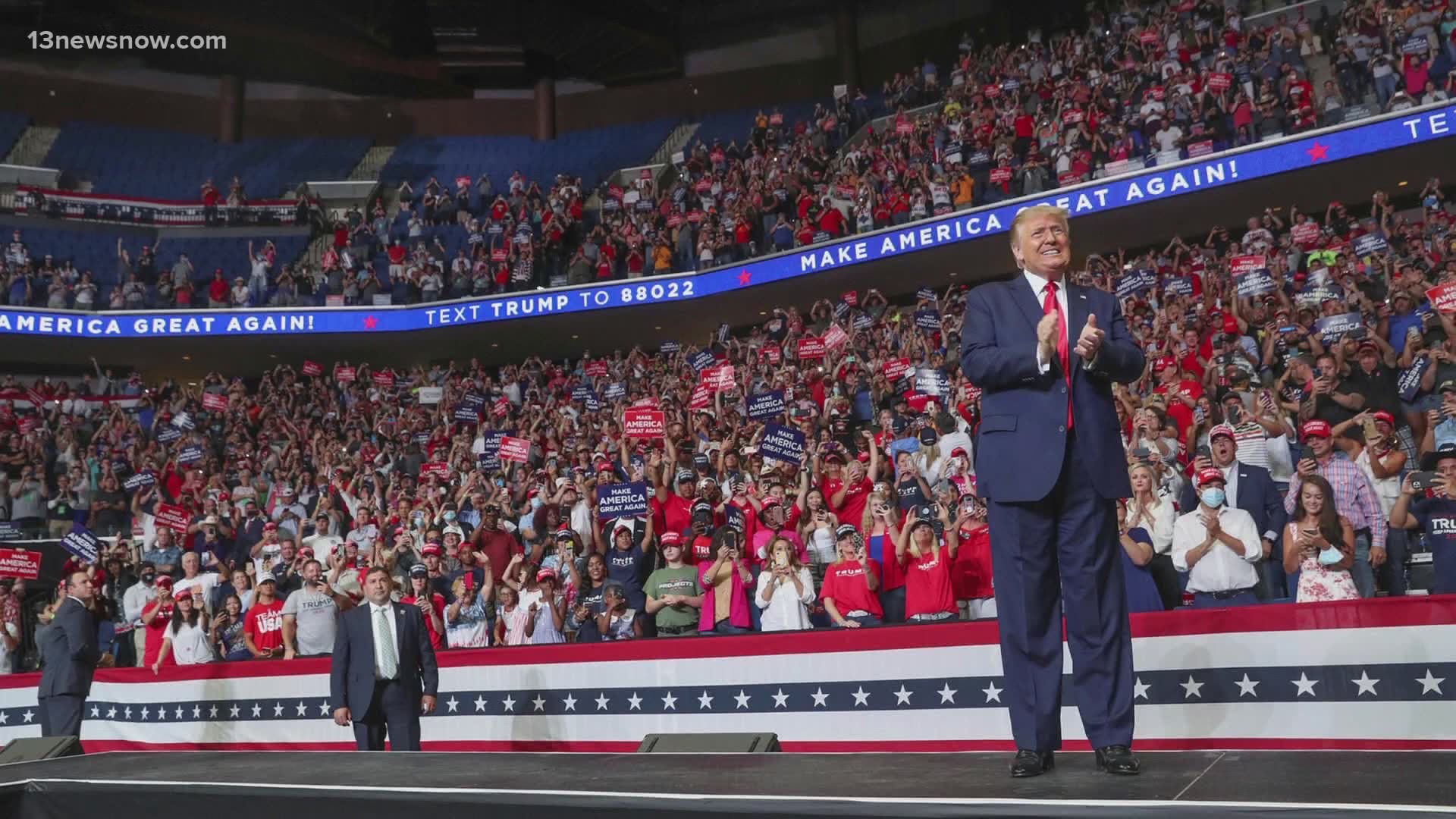 'Trump is not very popular in this survey in the Hampton Roads area, so this does not bode particularly well for Trump's prospects of winning Virginia," said ODU Political Science Professor Jesse Richman.

Respondents were asked: "Do you approve or disapprove of the job Donald Trump is doing as president?" A little more than one-third (34.1%) approved, with 13.9% strongly approving. Nearly two-thirds (65.9%) disapproved, with 43.8% disapproving strongly.

Richman said the bad COVID-19 death numbers did not help the president.

"Very substantial portion of the respondents do not think that Trump did a good job so far responding to COVID-19, and that's dragging on Trump's overall approval, surely," he said.

With the election more than 11 weeks away (as of August 14) -- an eternity in politics -- much can change.

And, of course, polls aren't perfect.

Four years ago the Trump trailed Hillary Clinton in most polls. He, of course, ended up winning.

"Polls are a useful guide but one should not lean too heavily against them," said Richman. "They provide a sense, a snapshot of where the people who responded are at, were thinking, and are an estimate of where the electorate as a whole is, but, they can be wrong to some extent."