Plan on watching the impeachment trial? Here's advice from a political analyst

With at least two days of impeachment trials kicking off today, there's hours of content to sift through. So, Quentin Kidd said there's a lot to take in. 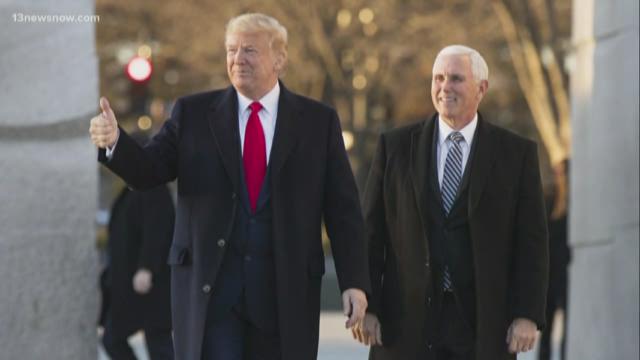 "Take a nap because the next 48 hours, you could be up all night,” said Kidd.

The impeachment is a lengthy political process. Senate Majority leader Mitch McConnell set the rules, meaning Senators from each side will use the first two days for opening statements.

Kidd said the big point to look for on Tuesday is one particular decision.

"Are democrats able to get 51 votes for any particular set of witnesses?” he said.

Kidd’s referring to witnesses like “Mick Mulvaney or John Bolton.”

"One of those two could change the entire course and dynamic of the impeachment process,” said Kidd.

Democratic Senators on the presidential campaign trail, Bernie Sanders and Elizabeth Warren, are breaking from the campaign trail in Iowa for this trial.

Kidd said it won't affect their run to become the next Commander and Chief.

"They are likely to be stuck in Washington for two or three days and then they can get back out on the campaign trail," Kidd said.

Meanwhile, President Trump is speaking at the Davos World Economic Forum, which makes for a split-screen during the impeachment trial.

"Americans tend to like to see their president out on the world stage being presidential and being a world leader," Kidd said.

However, Kidd said he doesn't believe it'll change the minds of voters when it comes to supporting President Trump's reelection.

"There's just not much of the public that's movable on this,” said Kidd. “I would be really surprised if Donald Trump’s approval ratings go above 45%. If they do, it’s going to be just as the election approaches.”