The survey also shows voters blame the feds, not the state, for a slow vaccination rollout. 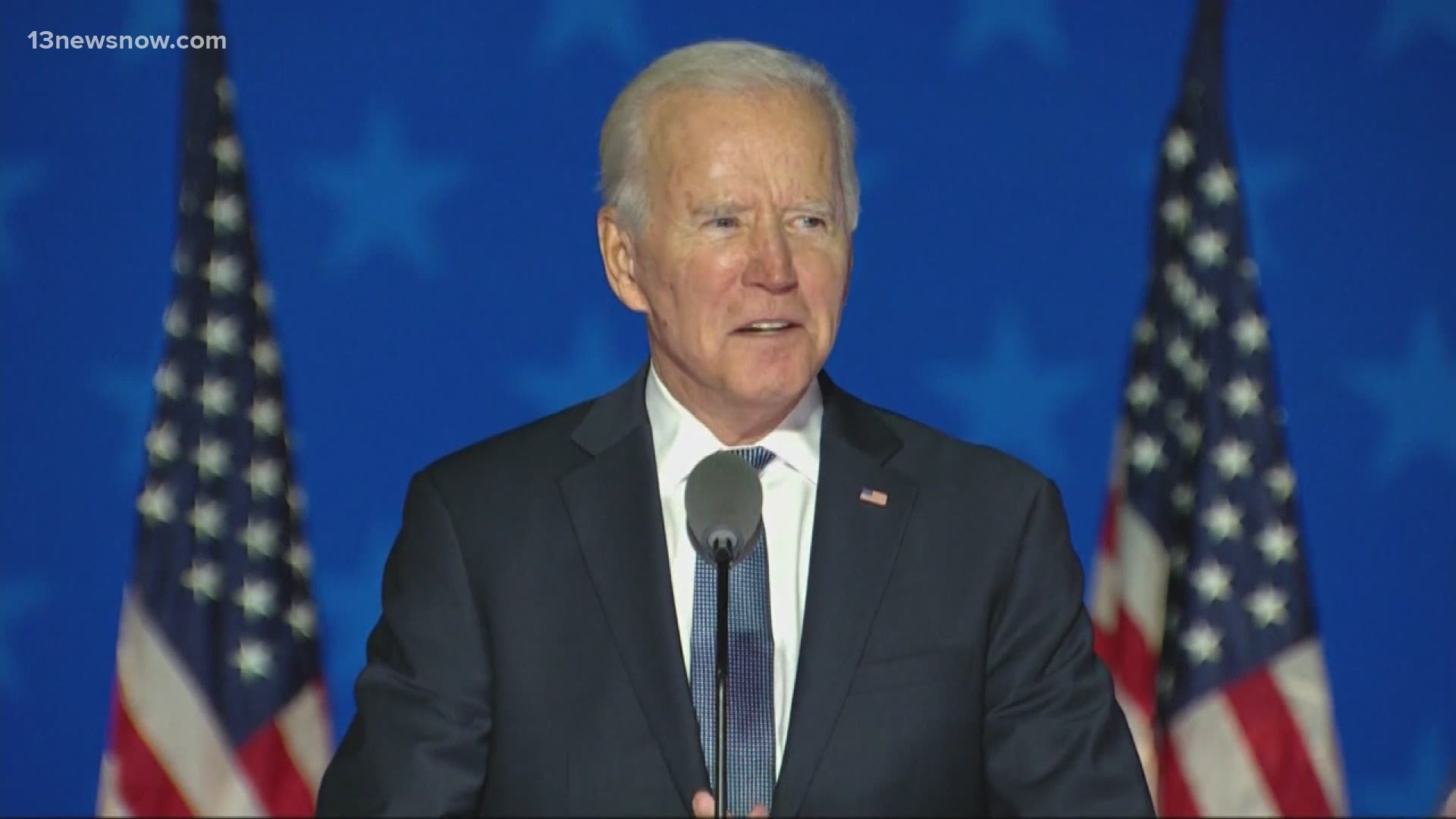 NEWPORT NEWS, Va. — A remarkable new poll reveals that there is a major split among Virginia voters over whether they believe that President Joe Biden was legitimately elected.

The new survey from the Wason Center at Christopher Newport University shows 68% of Virginia voters overall believe that Biden's election victory was legitimate.

But 61% of Virginia Republican voters surveyed say Biden did not win legitimately.

As a matter of fact, Biden won the presidential election last November by more than seven million popular votes. The results were certified by all 50 states. Legal challenges were tossed out in more than 60 state and federal courts.

Still, many people say they just don't believe it, according to the poll.

Respondents were asked, did Joe Biden win the presidency legitimately?

One hundred percent of Democrats said yes. Sixty-one percent of Republicans said no.

"So, about a quarter of all voters believe the election for President of the United States was not legitimate," said the pollster, CNU Political Science Professor Quentin Kidd, who also serves as academic director of the Wason Center.  "That's scary."

Kidd continued: “This is the new Lost Cause in Virginia politics. A solid majority of Republican voters’ refusal to accept the legitimacy of Biden’s election is bound to stir up the contest for the Republican nomination for governor, lieutenant governor, and attorney general.”

About 56% of Virginia voters say Biden will be a successful president compared to 69% of Republican voters who say he will be unsuccessful to 2% of Democrats and 33% of independent voters.

When it comes to past presidents, 54% of Virginia voters say former President Donald Trump is worse.

More than twice as many voters blame the federal government (46%) than the state government (20%) for the slow rollout of the COVID-19 vaccinations, according to the poll.

Here are some other key findings:

The margin of error for the whole survey is +/-3.4%. Read the full report at  The Wason Center website.