Portsmouth Councilman Nathan Clark made quite the statement at a council meeting where a Second Amendment resolution was considered. 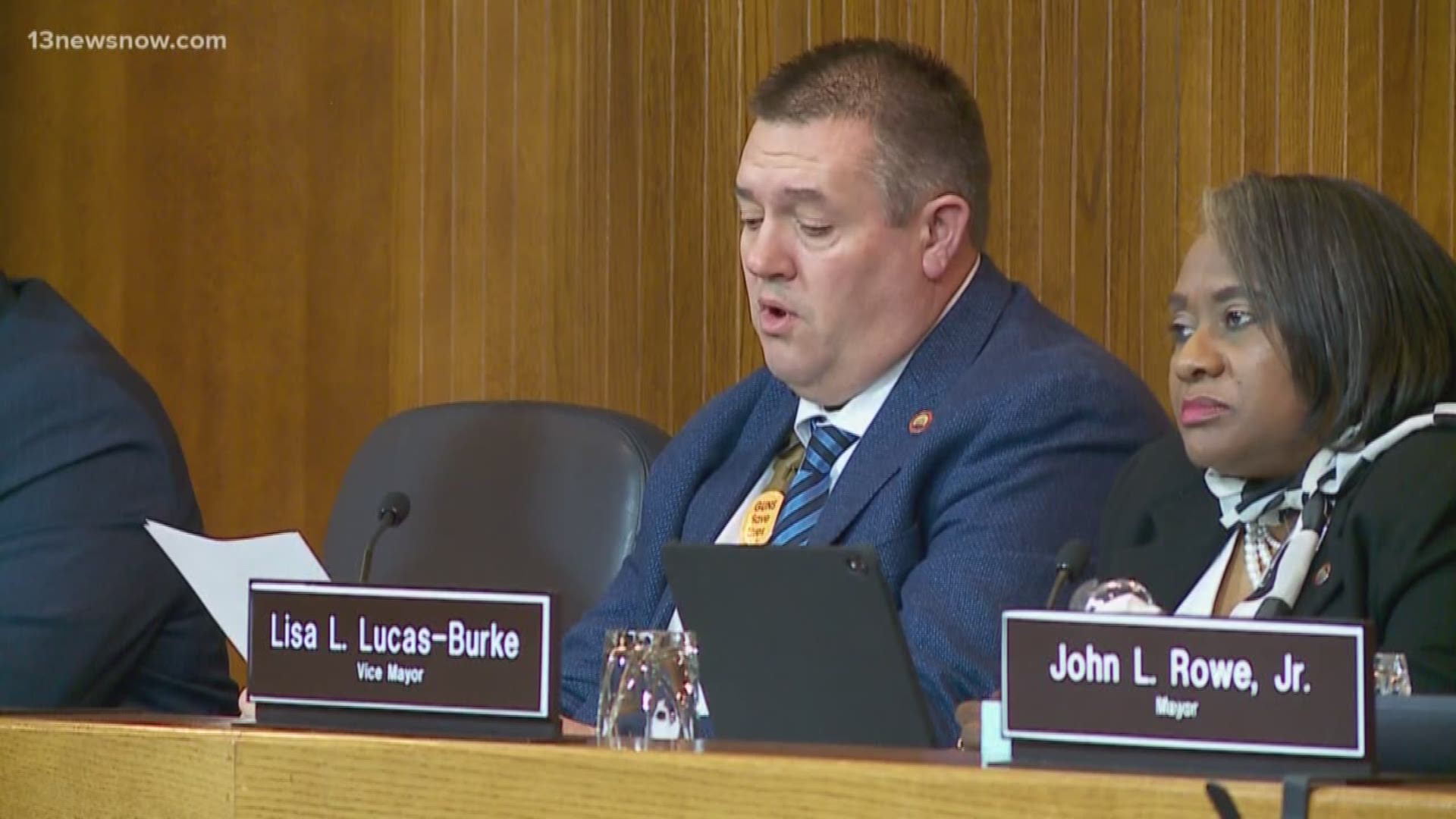 PORTSMOUTH, Va. — The discussion over Second Amendment rights has erupted in and around Hampton Roads. City after city continues to pass or discuss resolutions over becoming sanctuary or constitutional cities with hundreds of residents overflowing council chambers.

And now it's Portsmouth's turn.

On the agenda for the Portsmouth City Council meeting Tuesday night was a resolution "in support of Second Amendment rights and expressing commitment to respect, preserve, and uphold the Second Amendment of the United States Constitution and Article I, § 13 of the Virginia Constitution."

Council members passed the resolution 4-3. Mayor John Rowe voted against it. The vote was met with applause from the public.

Like many other council meetings where residents gave impassioned input on Second Amendment rights, this one was no different. However, there was one statement you couldn't quite miss from Councilman Nathan Clark.

Clark arrived at the meeting with an AR-15 strapped to his chest. Media outlets received a statement prior to the meeting about this display where Clark cited his law enforcement background and the gun control measures being introduced in the General Assembly.

Localities like Chesapeake, Virginia Beach, Gloucester County, Isle of Wight, and Mathews County have all taken up and passed similar resolutions. Hampton City Council withdrew their resolution citing they didn't want to make it appear that the city would use its power to go against state law.

This is all in response to a set of gun control bills that could easily pass through a majority-Democrat General Assembly.

State leaders have already made it clear these resolutions are only symbolic in power and will do nothing to stop them from passing common-sense gun measures.

Lawmakers convened in Richmond for the first 2020 session last week. Bills that push for banning firearms in public spaces during permitted events, limiting the number of handgun purchases a month and "red flag" ordinances have already passed through the Senate Judiciary Committee.

You can read the Second Amendment Resolution for the Portsmouth City Council below: