Revisiting riot, lawmakers seek answers on how it happened, who is to blame?

Law enforcement leaders said they were given faulty intelligence. 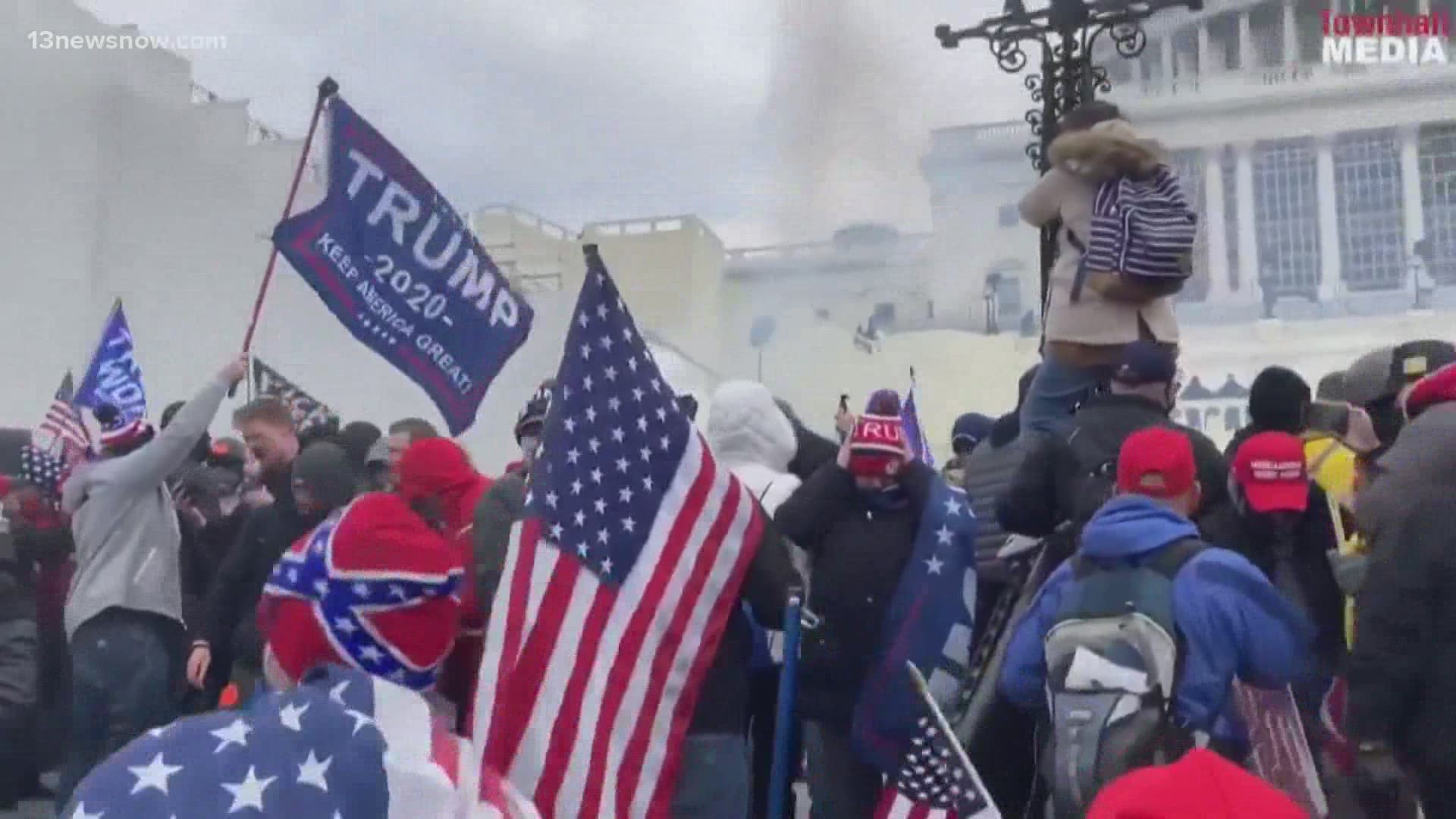 WASHINGTON — Nearly seven weeks to the day later, lawmakers began trying to get to the bottom of what happened in the deadly January 6 insurrection on the U.S. Capitol.

The entire nation has seen the video, again and again. Tuesday, for the first time, the public heard from law enforcement personnel who were on the front lines.

"Of the multitude of events I've worked in my nearly 19-year career in the department, this was the worst of the worst," said U.S. Capitol Police Captain Carneysha Mendoza. "I received chemical burns to my face that still have not healed to this day. I witnessed officers being knocked to the ground and being hit by objects thrown by rioters."

She added, "As an American and as an Army veteran, it's sad, sad to see us attacked by our fellow citizens."

Former U.S. Capitol Police Chief Steven Sund told the joint meeting of the Senate Rules and Homeland Security Committees that "none of the intelligence we received predicted what actually occurred."

Sund continued, "We properly prepared for a mass demonstration with possible violence. What we got was a military-style assault on my officers and a violent takeover of the Capitol building."

Lawmakers wanted to know how it's possible that the Capitol was breached for the first time since the War of 1812.

"The insurrection at the Capitol was more than an assault on democracy," said Sen. Amy Klobuchar (D-Minnesota). "It was an active life or death situation for the many brave law enforcement officers who show here to do their work every day."

Questions focused on where the blame should lie.

"Some witnesses suggest that there was an intelligence failure," said Sen. Rob Portman (R-Ohio). "We need to know, was there credible information about potential violence, when was it known and who knew it?"

Sen. Mark Warner (D-Virginia) questioned Metropolitan Police Chief Robert Contee about the DC government's inability as a non-state to call up the National Guard on its own.

"Shouldn't the Mayor of the District of Columbia have the ability to do that without all the additional hurdles they have to go through in terms of a federal checklist?" Warner asked.

Contee replied: "Yes, I absolutely agree with that comment." He added, "I was surprised by the reluctance to send the National Guard to the grounds. This assault on the Capitol exposed weaknesses in the security of the most secure city in the United States."