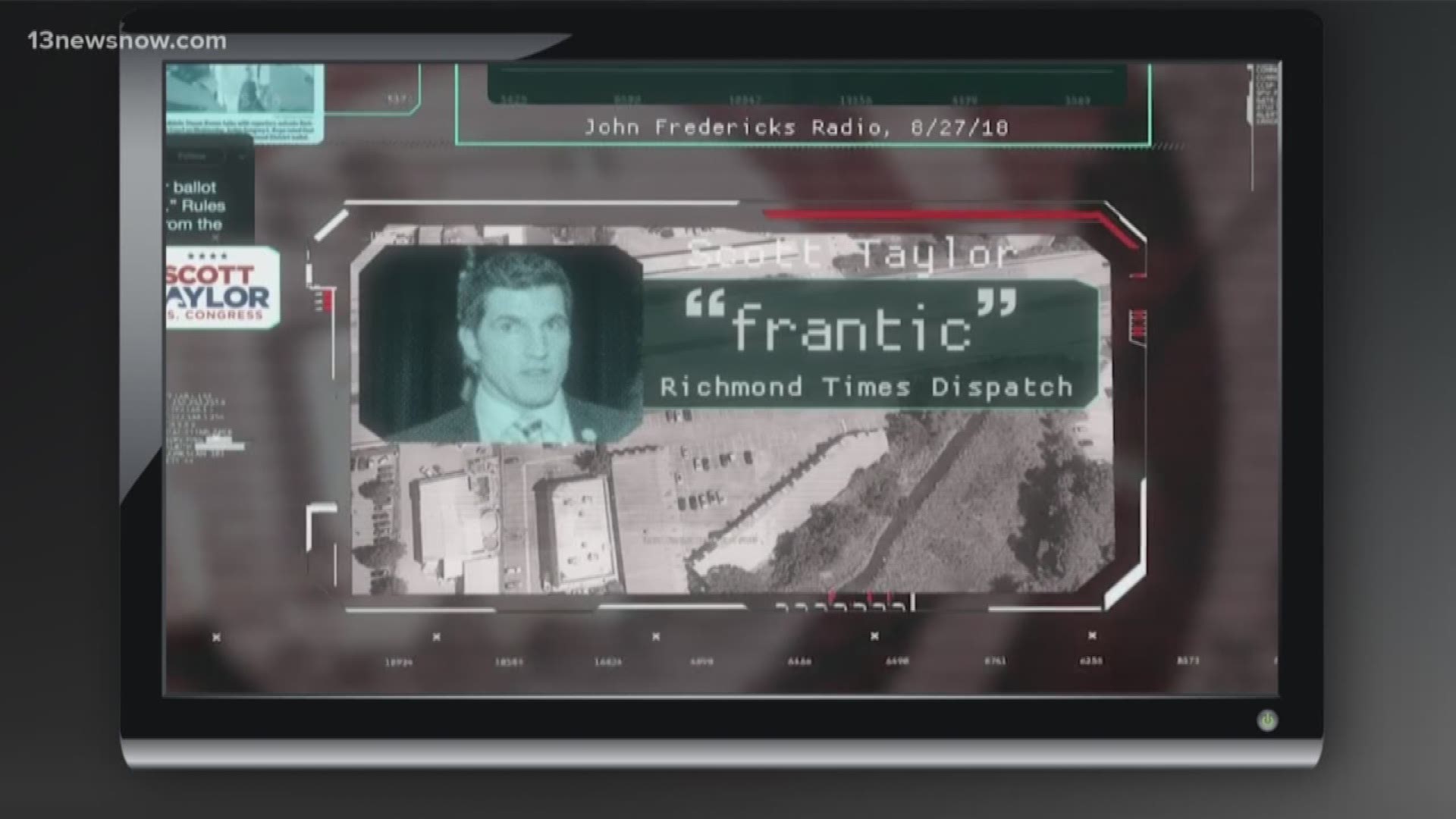 Taylor responded to the release by claiming vindication, saying he "did nothing illegal" and writing that his former campaign staffers should be held accountable for their actions.

In a response to 13 News Now Investigative Reporter Evan Watson on Twitter, Taylor wrote his team is "exploring legal options to make [the DCCC] accountable for their disgustingly defamatory ways."

In the release, Caldwell reported that the decision to direct campaign staffers to collect signatures for Brown was made in Scott Taylor's D.C. office.

In his statement, Taylor said the "Democrats" leveled "smears and lies" against him during the campaign and claimed that Taylor himself was under investigation.

Taylor did not respond to requests for an interview to clarify these assertions.

DCCC campaign ads from last fall attribute allegations of election fraud to Taylor's campaign, not to Taylor himself.

"Congressman Scott Taylor's campaign is under investigation for forging signatures," one DCCC ad aired. "A judge found forgery and fraud in signatures collected by his campaign."

Caldwell said a group of six to eight staffers circulated the petitions and the investigation is still open pending more information.

"The full explanation of what happened will hopefully be answered in the months to come," Caldwell wrote.