Klobuchar is looking for results in New Hampshire on Tuesday, after building momentum with a solid debate performance Friday night. 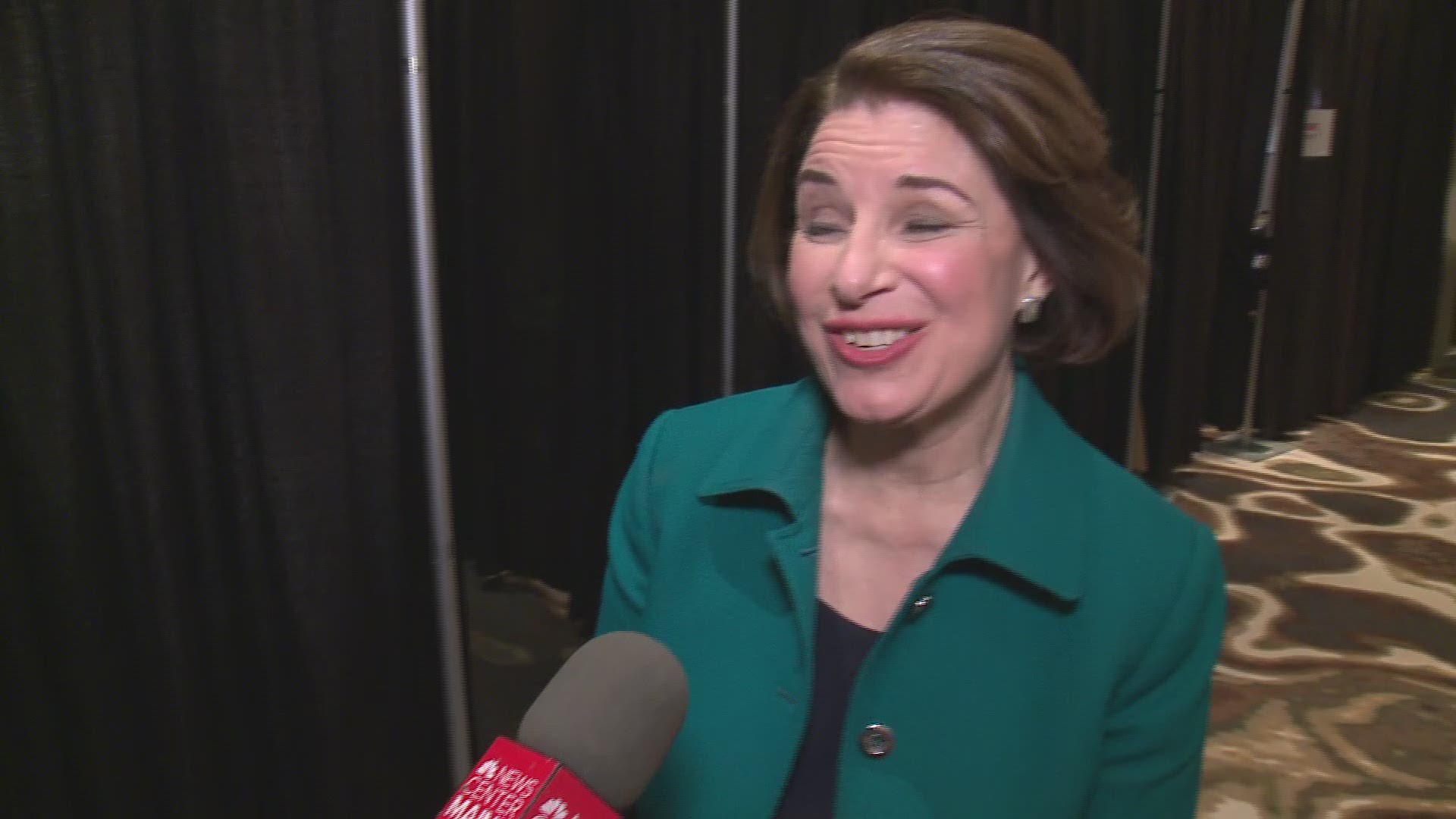 Klobuchar is looking for results Tuesday, after building momentum with a solid debate performance Friday night. Over the past week, she's gotten increased attention as a more moderate alternative to candidates like Sen. Bernie Sanders and Sen. Elizabeth Warren. Now it's a question of whether she can steal more moderate Democratic voters' votes from candidates like former South Bend, Indiana Mayor Pete Buttigieg and former Vice President Joe Biden.

"Since the debate we've been soaring with attendance at our rallies, in the polls," Klobuchar said. "And we've even raised three million dollars online from regular people since the debate."

When asked how she feels about Biden's plans to leave New Hampshire early on Tuesday night to head to South Carolina and prepare for that state's primary, Klobuchar said everyone runs their own campaign.

"You know, everyone runs their own campaign. It's a national campaign and I'm just excited about ours," she said. "We're going to be in Concord tonight, everyone's welcome."

RELATED: Democrats in New Hampshire say they're uniting to unseat the President

RELATED: Supporters rally for Democratic candidates ahead of Primary vote