Senator Tim Kaine made a stop in Hampton Roads. 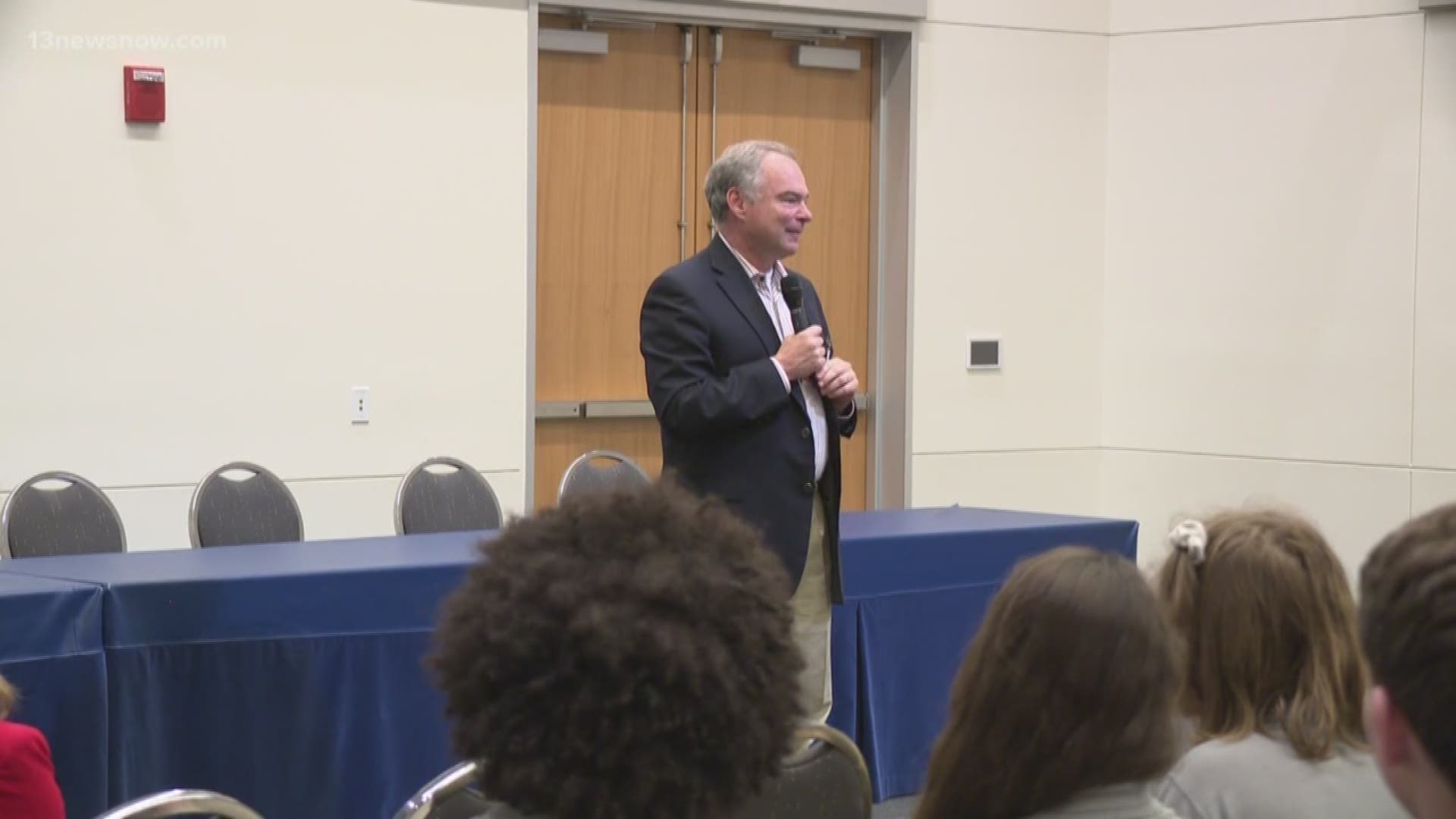 He made the remarks at the Virginia Aerospace Science and Technology Scholars (VASTS) Summer Academy Closing Ceremony. It's a NASA-based science, technology, engineering, and mathematics learning course where students conducted research under the guidance of scientists, engineers, and technologists.

Kaine met with students from the course and learn about their work designing a human mission to Mars.

Later in the day, the Senator held a roundtable discussion on maternal health reducing racial disparities in maternal mortality.

Kaine has cosponsored the Maternal Care Access and Reducing Emergencies (CARE) Act, legislation to create two new grant programs focused on reducing racial disparities in maternal health. According to the Virginia Department of Health, the pregnancy-associated death rate for African-American women was more than double that of white women between 2004 and 2013.