Loeffler wished her successor well during the speech. 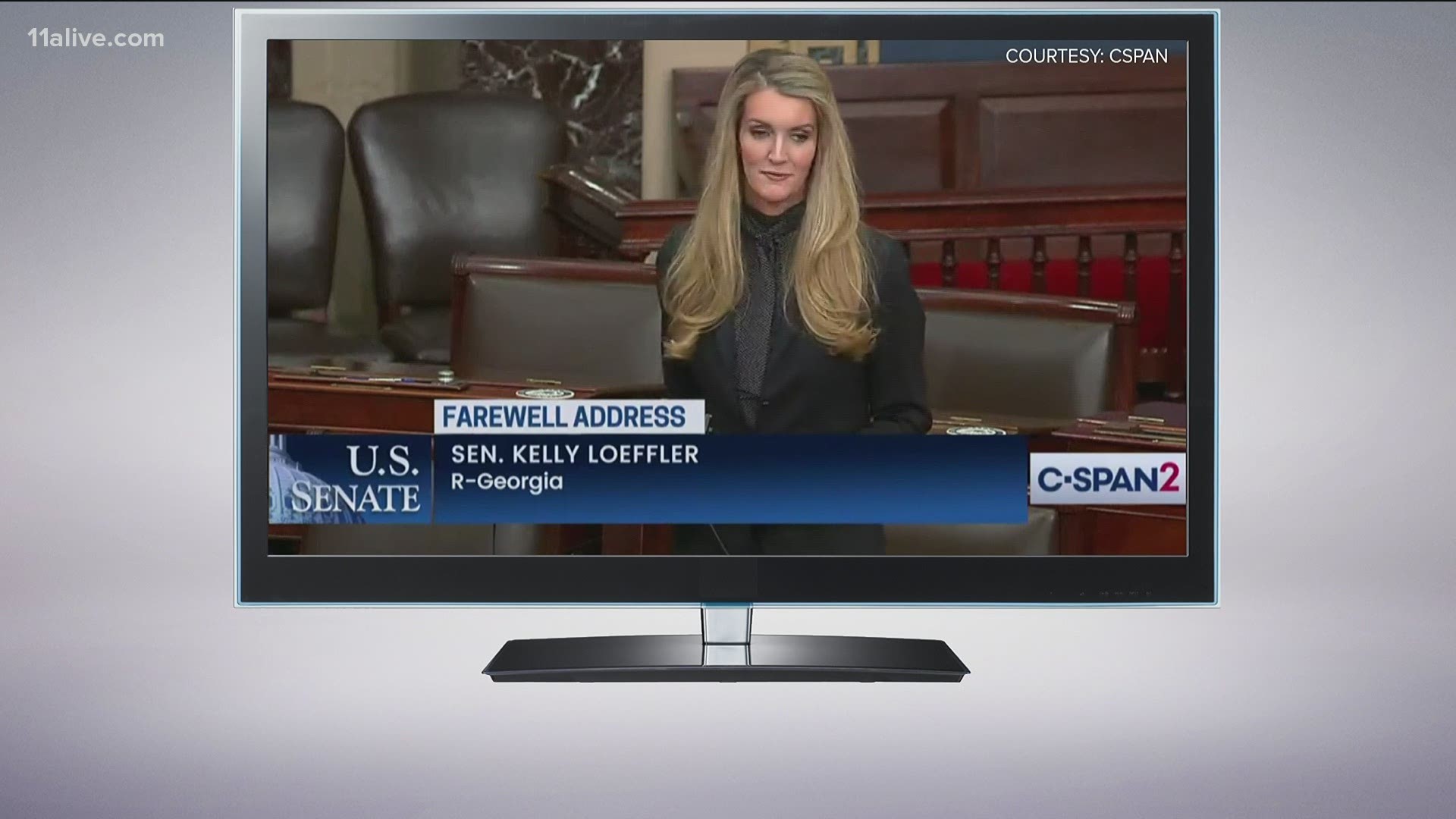 WASHINGTON — Sen. Kelly Loeffler's time representing Georgia on Capitol Hill is coming to an end. The U.S. Senator gave her farewell speech on Tuesday, thanking the people of the state and her staff.

In a runoff race earlier this month, Democrat Raphael Warnock defeated Loeffler. The election results were certified by the Georgia Secretary of State's Office on Tuesday.

In her speech, Loeffler wished her successor well.

“There has never been a day that I don’t walk the hallways of the Capitol when I’m not awestruck by the magnitude of this job, and this place, and my duty," she said. "And I want to thank my colleagues, especially those who welcomed me from the start, who worked with me – even across the aisle to get work done for our country in a consequential year."

She said her goals in the Senate were to make Georgia the best place to work, live, worship and raise a family.

"I never stopped working to meet that goal, and was energized and humbled every single day by the opportunity to serve," she said.

Along with showing gratitude to her family, Loeffler thanked Gov. Brian Kemp, who appointed her to the Senate after Johnny Isakson decided to retire at the end of 2019. She said she is proud of the work she was able to accomplish in one year.

"We delivered more than $47 billion dollars in relief to Georgia during the pandemic to families, employers, farmers, hospitals, and schools. As a freshman Senator, I introduced and passed six pieces of legislation," she said.

“We secured funding for rural hospitals, increased telehealth access, and expedited the delivery of medical device equipment. I championed and we passed legislation that increased funding to help homeless veterans get back on their feet," she continued.

She also added that she championed efforts for agriculture, the military, law enforcement, small businesses, school choice, and more.

"I stood up for innocent life, the Second Amendment and all of our Constitutional rights," she said.

Loeffler, who spent 30 years in the private sector, said she was able to use those skills to to help Georgians.

“I came to Georgia two decades ago as a job seeker and I became a job creator, helping to grow a small startup company into a Fortune 500 company," she said.

Before concluding her speech, which was roughly 12 minutes long, Loeffler talked about being conservative, free speech, and American values.

Watch the full remarks below.