Sen. Mark Warner's Stop STUPIDITY Act would fund the government except for the legislative branch and the Executive Office of the President.

WASHINGTON — Sen. Mark Warner (D-Va.) introduced legislation Tuesday that would end the possibility of government shutdowns in the future.

The Stop STUPIDITY (Shutdowns Transferring Unnecessary Pain and Inflicting Damage In The Coming Years) Act would protect federal workers from being used during policy negotiations.

“The Stop STUPIDITY Act takes the aggressive but necessary step of forcing the President and Congress to do the jobs they were elected to do,” Sen. Warner said in a statement. “It is disturbing that the daily lives of hundreds of thousands of workers are at the mercy of dysfunction in Washington. Workers, business owners and tax payers are currently paying the price of D.C. gridlock and my legislation will put an end to that.”

In the event of a lapse in funding, the act would keep the government running by automatically renewing government funding at the same levels as the previous year.

The act would fund every area of the government except for the legislative branch and the Executive Office of the President. This will force Congress and the White House to come to the negotiating table without putting the economy at risk or hurting the American public. 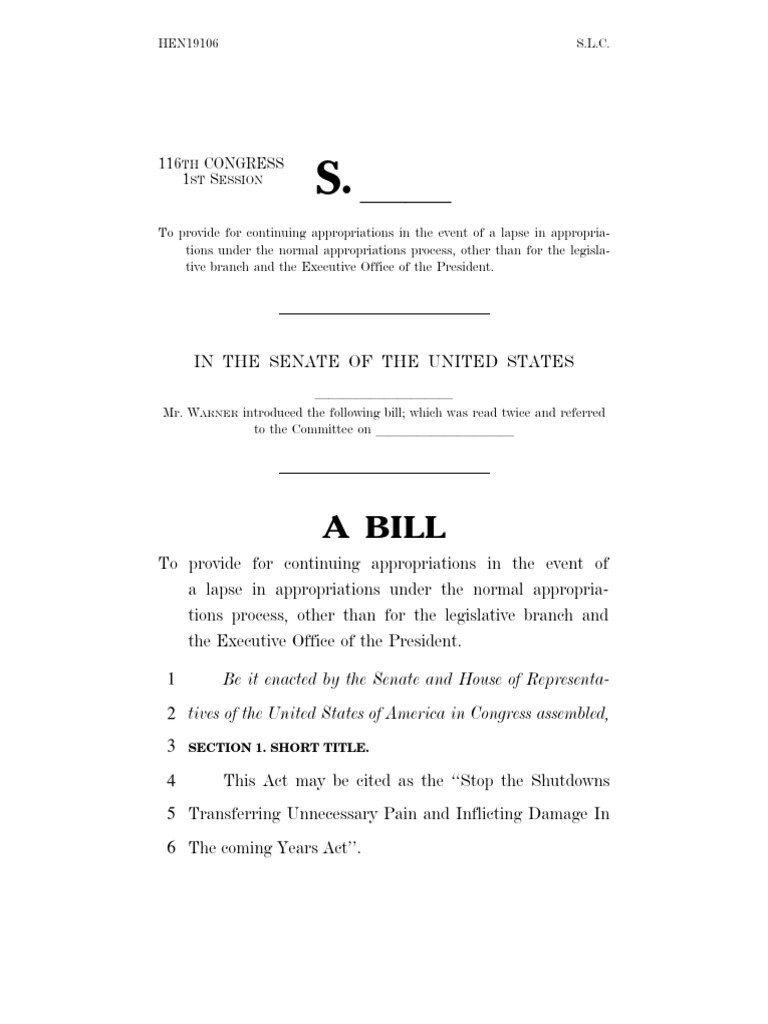