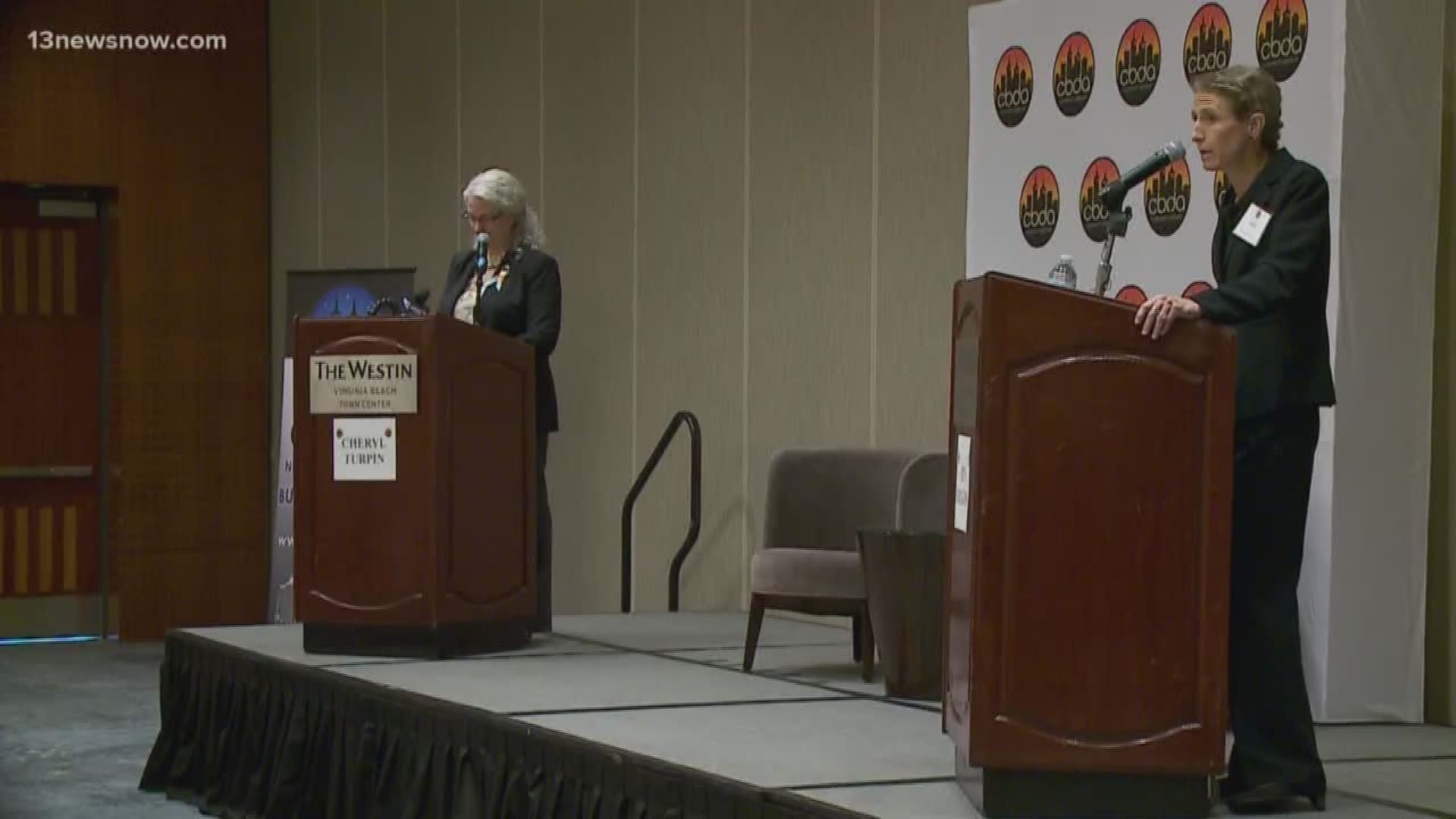 VIRGINIA BEACH, Va. — Election Day is right around the corner.

In in Hampton Roads, 47  candidates are vying for 22 seats in the General Assembly.

One of the most hotly contested races is in the State Senate 7th District in Virginia Beach, with Republican Jen Kiggans running against Democrat Cheryl Turpin.

Before the Virginia Beach Central Business District Association, they offered differing views on a number of big issues, including, healthcare.

Kiggans focused on her professional experience.

"Healthcare is my main deal," she said."I'm a nurse practitioner, that's what I do. I'm in an adult geriatric care unit. I work in a memory care unit. I've done hospice care."

Turpin said she is worried about Republican attempts to dismantle the Affordable Care Act.

"The expansion of Medicaid to 400,000 people here in the Commonwealth as well as protection of preexisting conditions all come under the Affordable Care Act," she said. " And if there's any motion or any belief that the Affordable Care Act needs to be overturned, it takes all of that off the plate. That's what I'm fighting to save."

Another big issue, coming a little over four months after the horrific mass shooting in Virginia Beach: what to do about gun safety.

"I believe citizens have a right to be protected," said Turpin. "I believe strongly in the bills we brought forth in the Special Session. I'm ashamed of the General Assembly that we were not even allowed to discuss those."

Kiggans said she supports more discussion of the problem.

"Something has to be done about gun safety," she said. "It's not a Republican or a Democratic issue. This is a community and safety issue. So we need to sit and talk and work together at a big table to find a solution, so we can prevent what happened in Virginia Beach from happening again."

Kiggans and Turpin are running to replace Frank Wagner, who announced back in March he's retiring from the General Assembly after 28 years.