Stacey Abrams to campaign for Terry McAuliffe in Norfolk 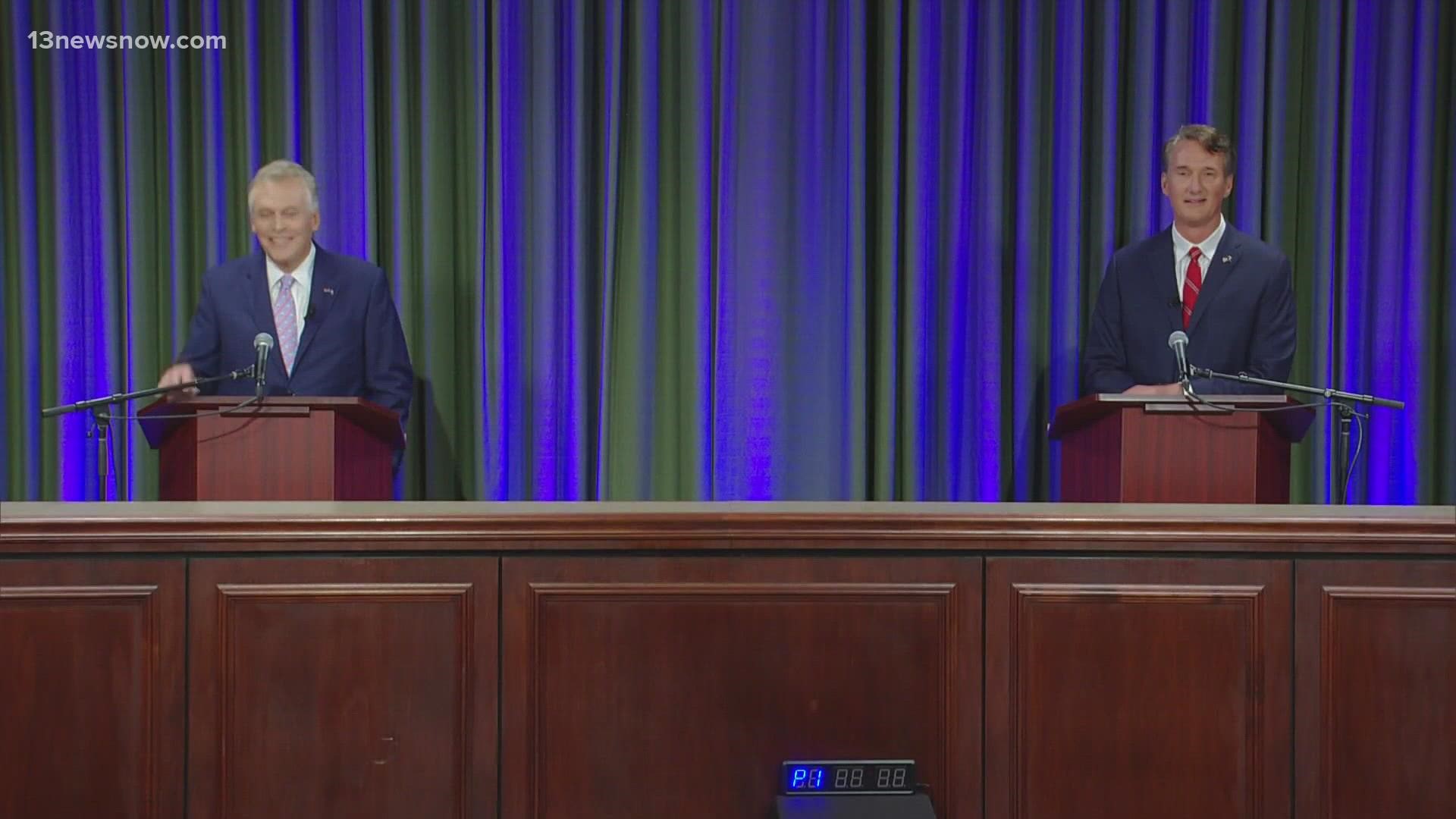 Georgia's Stacey Abrams is coming to Norfolk to campaign for former Gov. Terry McAuliffe on Sunday, less than a month before the 2021 gubernatorial election.

Following her defeat, she founded the voting rights organization Fair Fight, which is widely credited for helping Democratic candidates flip Republican-leaning Georgia in the 2020-21 elections, the Associated Press reports. Joe Biden became the first Democrat since 1992 to win the Peach State, which was followed by Democratic wins in the state's U.S. Senate runoff elections.

According to McAuliffe's campaign, Abrams will attend services at three churches in Norfolk. She will then join McAuliffe for a Souls to the Polls event at Norfolk City Hall. The event is set to start at 12:45 p.m. Sunday.

Following their stop in Norfolk, McAuliffe and Abrams will hold a voter mobilization event in Northern Virginia Sunday afternoon.

The announcement comes as a new poll from The Wason Center in Newport News shows a close race between McAuliffe and Republican nominee Glenn Youngkin. McAuliffe is leading Youngkin 49% to 45% among likely voters, which falls within the poll's 4.2% margin of error.

The poll also found that Republicans are edging out Democrats in voter enthusiasm.

Following the announcement, the Republican Governors Association (RGA) denounced Abrams as an "election-denier and self-proclaimed governor of Georgia."

"[McAuliffe's] latest act of desperation is to call in Stacey Abrams, who has yet to concede her 2018 loss," said RGA Spokesperson Maddie Anderson. "This begs the question: if McAuliffe loses to Glenn Youngkin, will he concede or will he follow in the footsteps of his next surrogate?"

"Terry McAuliffe said he was proud to be endorsed by radical ‘defund the police’ groups, and now he’s campaigning with the radical Stacey Abrams, who said the election was stolen from her, compared law enforcement officers to terrorists, opposed enforcing our immigration laws, and supported defunding the police. Virginians are seeing that Terry McAuliffe is too extreme for Virginia and will reject his anti-police, liberal agenda at the polls.”

13News Now has responded to Porter for clarification about the groups that her statement referenced.