The winner will take on Democrat Rep. Elaine Luria in November. 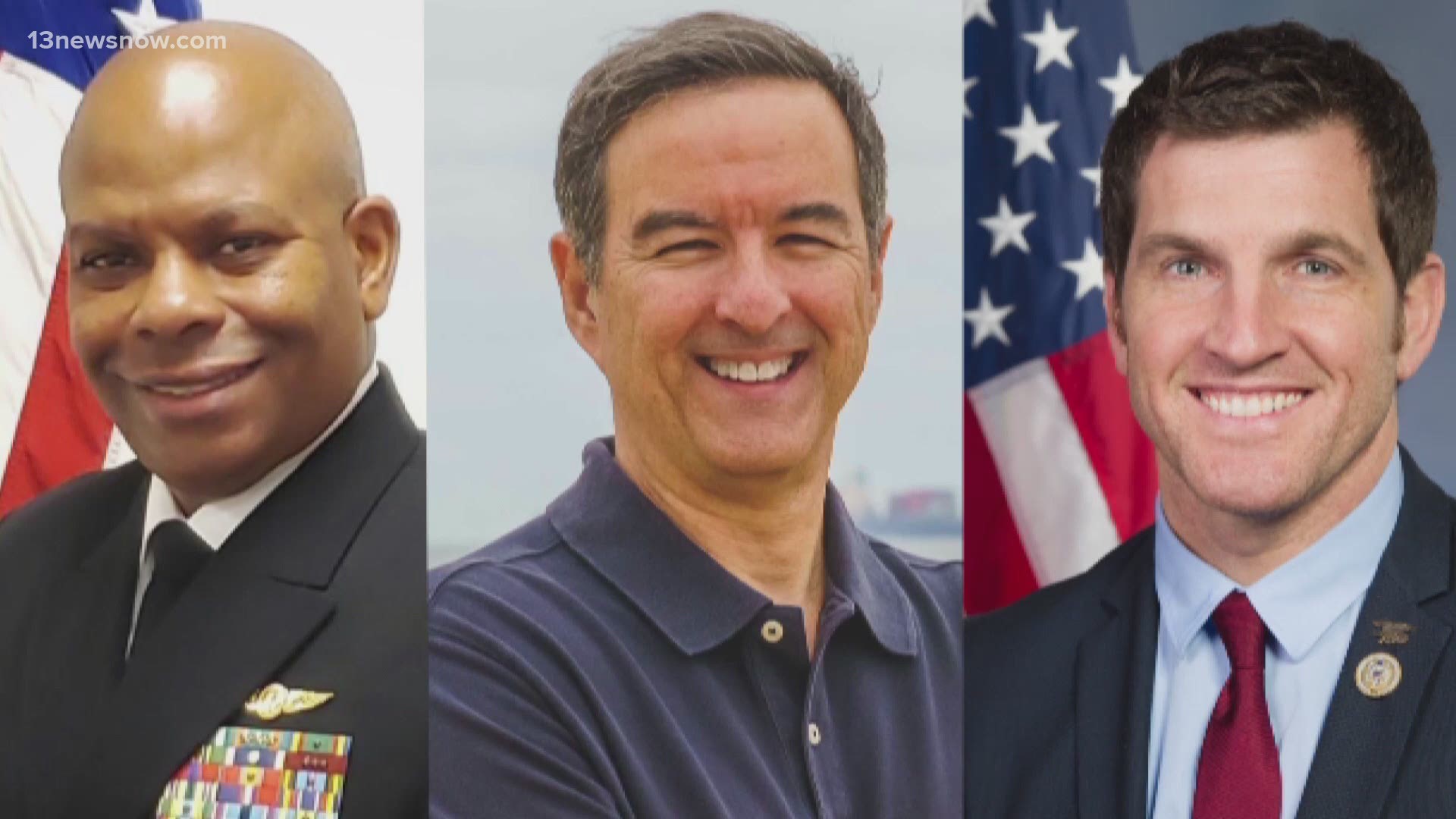 NORFOLK, Va. — Voter turnout in next Tuesday's Second Congressional District Republican Primary in Virginia could be light, thanks to the coronavirus pandemic. One political analyst says it could be as low as two percent.

Still, the stakes are high.

Voters will pick between three candidates: Jarome Bell, Ben Loyola, and Scott Taylor. The three Republicans are vying to take on the incumbent, Democrat Elaine Luria in the Fall.

While the three Navy veterans may not agree on much, they all share the same negative opinion of fellow Navy vet Luria, and the job she has done the last two years in Washington.

"She really hasn't done anything, to be honest," said Bell. "I haven't seen anything significant that she has done since she's been there, because she's been part of the coup to bring down President Trump. She hasn't been committed to her oath to protect and serve the Constitution of the United States."

Loyola said: "She's not representing the constituents. She pledged to be a moderate. And she went up there, my concern, her first vote was for [House Speaker] Nancy Pelosi. And she's agreed to bills and initiatives that is really embracing socialism."

Taylor said: "The reality is, Elaine Luria is not at all who she said she was. She ran as a moderate. She ran as pro-business. She ran as she would work across the aisle with the Republicans and the President. And, none of those things have come to fruition."

Each insists he would do a better job.

"I want people to know about me that I'm a fighter, and I'm an outsider," said Bell, a retired Navy Chief Petty Officer and long-time local high school football coach. "I'm not a politician by any stretch of the imagination. But, I'm one of them."

Loyola, a retired Navy captain and aviator, pointed to his resume. "My life has been of service and I want to continue to serve the constituents of the Second District," he said. "I'm looking forward to it."

Taylor, a former Navy SEAL who held the seat from 2017 until 2019, said many people in town have urged him to run again.

"Over the last year and a half, whether I was at the grocery store or the beach, at the gas station, people were like, 'Run again, run again, we need you, we need you. We're not happy with what we have,'" he said. "If you're like me and you have heart for service, how do you say no?"

Quentin Kidd, who is a Christopher Newport University Political Science Professor, Dean of the College of Social Sciences and Director of the Judy Ford Wason Center for Public Policy, said even though over 90 percent of Congressional incumbents typically get re-elected, it's way too early to predict how this contest will wind up.

President Donald J. Trump carried the 2nd District by a margin of three percentage points in 2016.