Campaign signs are popping up throughout the 2nd congressional district as the primary election draws near. 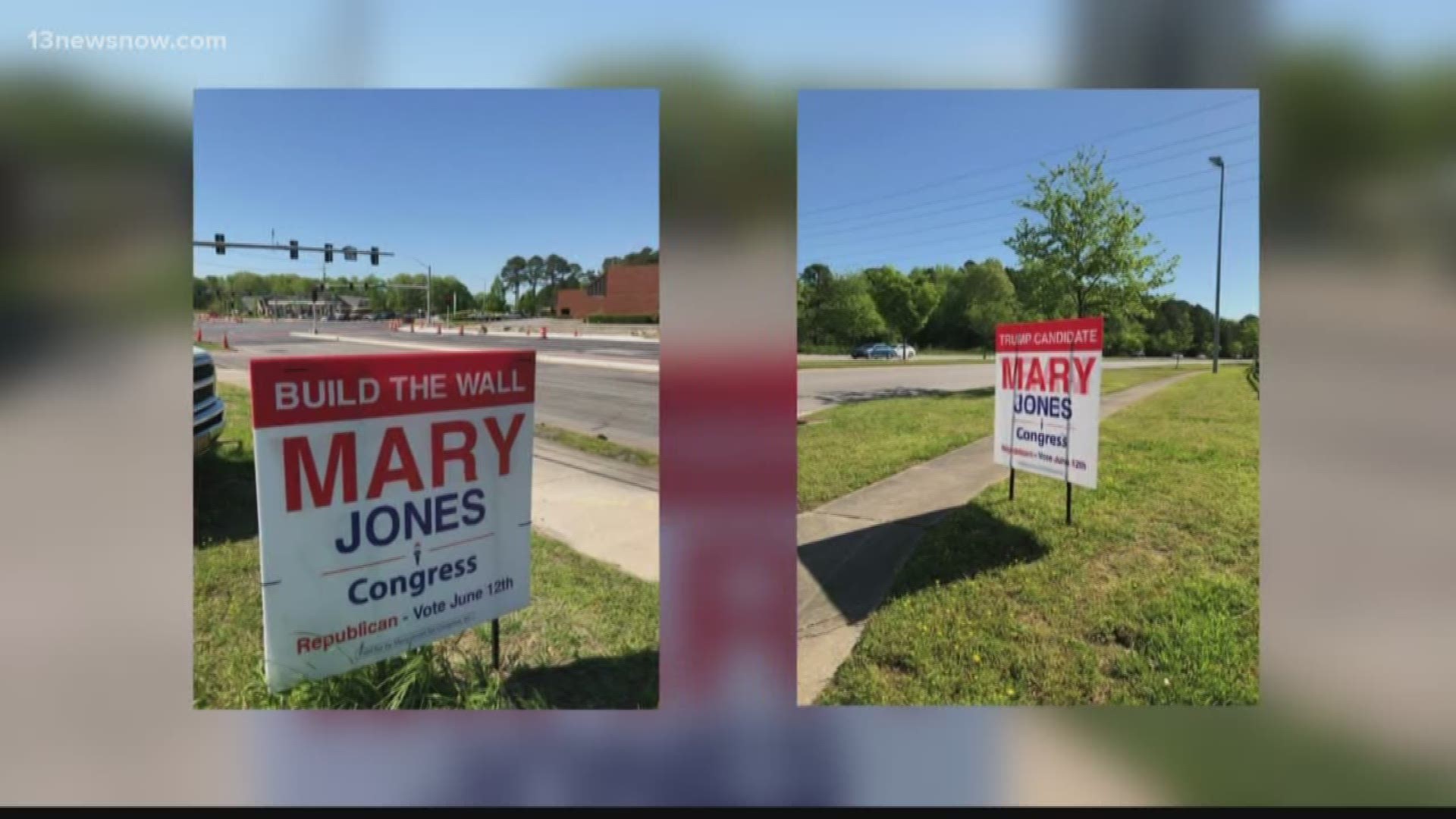 VIRGINIA BEACH, Va. (WVEC) -- Campaign signs are popping up throughout the 2nd congressional district as the primary election draws near.

Several signs that are drawing heads want constituents to vote Mary Jones for Congress, dubbing her as the “Trump Candidate” and voices her support to “build the wall.”

Jones is facing incumbent Congressman Scott Taylor in the Republican Primary election, and said he should be unseated in part because he “attacks President Trump frequently.”

“That is one of the reasons I decided to run,” said Jones. “I just could not sit back anymore and watch my opponent not support our president and then not make it a priority to not be responsive to the very people that elected him.”

When asked for comment, Congressman Scott Taylor said that claim is false.

“I support the president, but if I have disagreements with him, that’s what I say,” said Taylor. “That is part of our constitution to have, you know, separate but equal, co-equal branches of government so I just think it’s a lie.”

When asked why Jones chose “build the wall” as part of her campaign strategy, Jones said it’s an incredibly important issue that secure American borders.

Jones is a former chairman of the James City County Board of Supervisors.

Elaine Luria and Karen Mallard are running for the Democratic seat.

The Primary election is June 12th to determine who will get on the ballot for the General election, which will be held November 6th.