This legislation would restore full strength of Section 4 of the Voting Rights Act. 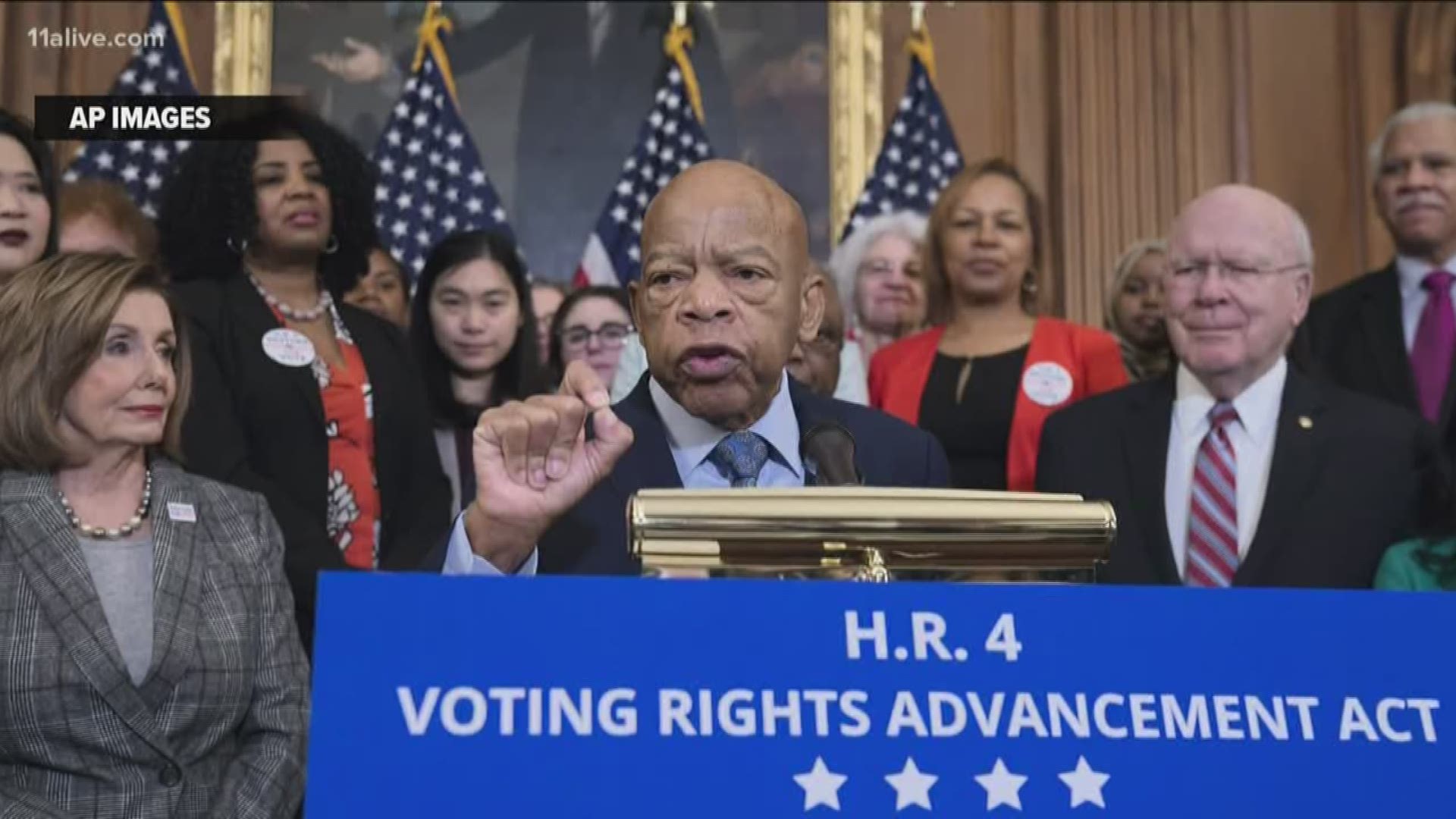 WASHINGTON — The Voting Rights Advancement Act was passed by the U.S. House of Representatives. The legislation would restore the full strength of Section 4 of the Voting Rights Act, which was nullified by the Supreme Court’s 2013 ruling in Shelby v. Holder.

A review by the House Judiciary Committee found that following the verdict of Shelby v. Holder, at least 23 states enacted newly restrictive voting laws, many of which marginalize people of color and language-minority communities. Examples of these laws include restrictions like unfairly purging voter rolls, ending early voting hours, and moving or eliminating polling places.

This legislation would also increase transparency in elections by requiring a reasonable public notice for voting changes.

Local regulators reacted to House passage of the legislation:

“Voting is the cornerstone of our democratic system, and it is unacceptable that discriminatory efforts on the state-level prevent too many from exercising this fundamental right,” Congresswoman Elaine Luria said. “I will continue to support policies that safeguard ballot access to ensure that Coastal Virginians’ voices will be heard, and that their votes will be counted.”

“Protecting every citizen’s sacred right to vote is one of Congress’ most important duties,” said Congressman Donald McEachin. “Since the Supreme Court’s disastrous Shelby County v. Holder decision, we have witnessed unprecedented efforts across the country to restrict access to the ballot box, particularly for individuals of color, individuals with disabilities, and the elderly. The Voting Rights Advancement Act would help address this growing crisis by restoring and bolstering key oversight and enforcement provisions of the Voting Rights Act of 1965. By passing this landmark legislation, House Democrats have taken decisive action to help end these harmful, discriminatory practices, and I urge my Senate colleagues to pass this bill immediately.”

“In 1964, the Supreme Court noted in Wesberry v. Saunders, ‘No right is more precious in a free country than that of having a voice in the election of those who make the laws under which, as good citizens, we must live. Other rights, even the most basic, are illusory if the right to vote is undermined.’ While this is certainly true, there is an unfortunate history in our country of blocking access to the ballot box for minorities. For this reason, Congress passed and President Lyndon Johnson signed into law the Voting Rights Act of 1965.

“Today, nearly 55 years after the Voting Rights Act was signed into law, the right to vote has come under attack after the disastrous Shelby County v. Holder Supreme Court decision in 2013. That decision dismantled core provisions of the Voting Rights Act. The Voting Rights Act contains several important provisions; however, the pre-clearance provision in Section 5 is the most important of the law’s protections. Section 5 requires states and jurisdictions with a documented history of discrimination to submit changes to their election laws or procedures to the U.S. Department of Justice for approval. This process is commonly referred to as pre-clearance. After the Shelby decision at least 23 states have enacted newly restrictive statewide voting laws, and most of those changes have been shown to have a disproportionate impact on communities of color.

“The legislation we passed today will restore the full strength of the Voting Rights Act and ensure that all aspects over the law are enforceable. The right to vote is fundamental to our democracy, and Congress has an obligation to ensure all eligible voters have the right to make their voices heard at the ballot box. H.R. 4 helps fulfill that obligation.”