In Virginia, the flag is now an official emblem for honoring the brave men and women who have given their lives for public safety. 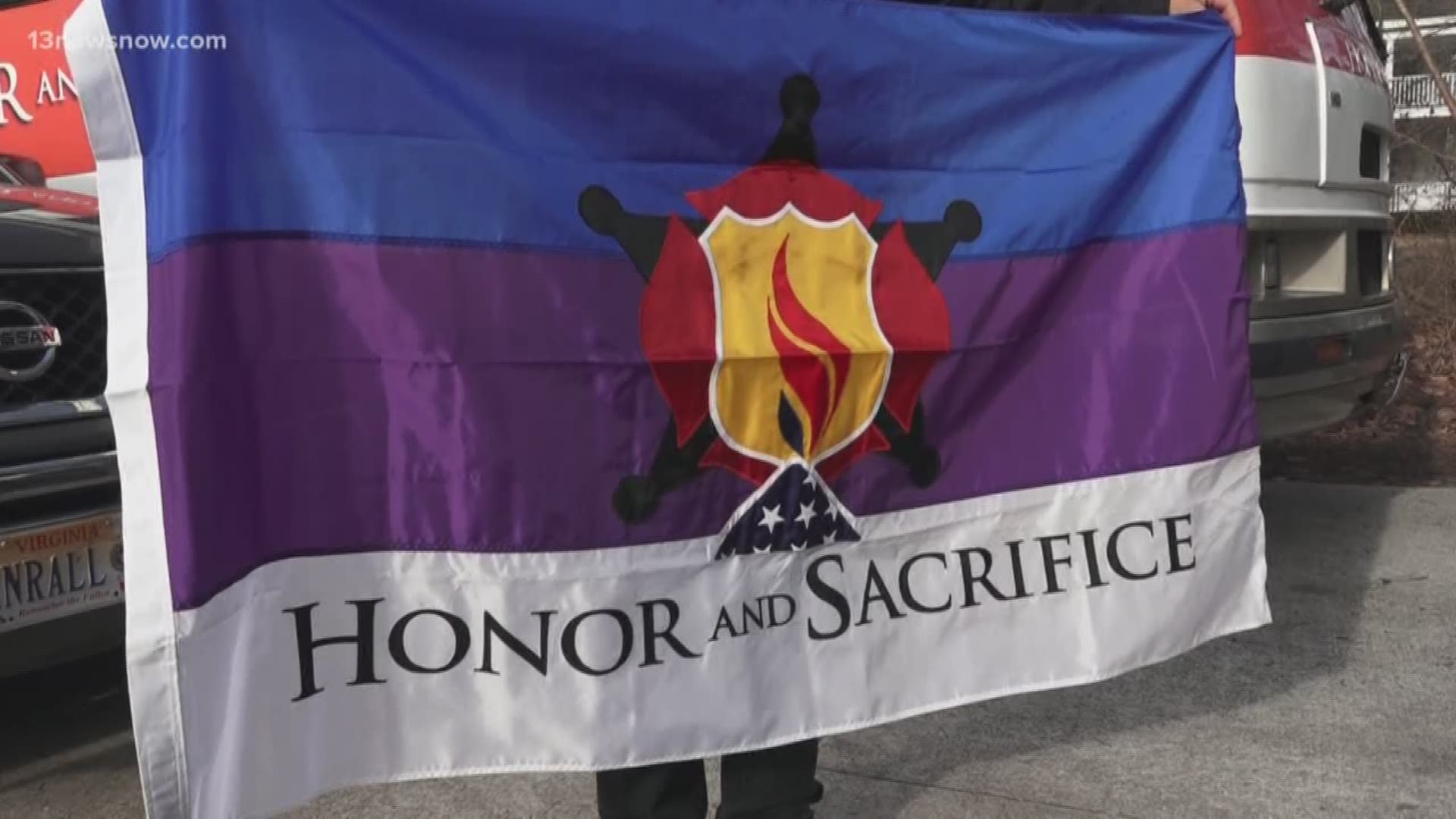 RICHMOND, Va. — Virginia became the first state in the country to recognize the Honor and Sacrifice flag as an official symbol for honoring the brave men and women who have given their lives for public safety.

On Thursday, the Virginia House of Delegates and Senate unanimously passed the resolution to recognize the flag.

"It's a tremendous honor," Lutz said when asked what it means to have Virginia recognize the flag. "It means more that there is something available that can bring honor to these communities."

He said the flag design was unveiled on September 9, 2016. That's after he received several requests, from people in the community, to create a second flag that recognizes the sacrifice from first responders. His first flag honored fallen service members for their sacrifice.

Lutz said his son also paid the ultimate sacrifice while serving our country, in the Army.

“It (the loss) made me as an individual realize the importance of what our military does, what are police, what are fire do. I don’t think we can ever do enough, to say thank you," said Lutz. “It [the Honor and Sacrifice flag] gives everybody a way to then communicate to the families; to the police; to the fire; to the military."

The resolution being passed is very timely since a Newport News police officer was killed in the line of duty last week. Officer Katie Thyne was killed after being dragged by a car during a traffic stop.

The official flag offers a lot of symbolism:

The Purple Field respectfully signifies mourning for a loss in the firefighter community.

The White Field recognizes the purity of heart within each individual who serves and protects and is willing to face each day’s challenges regardless of risk.

The Black Star represents those who wear a distinctive badge including sheriff and marshal services.

The Red Maltese Cross recognizes all who have fallen in the emergency response communities.

The Gold Shield recognizes all law enforcement and other public safety representatives who wear the shield, including EMT and have made the ultimate sacrifice in the line of duty. Gold reflects the value of the life given.

The Folded Flag signifies the final tribute to an individual life that a family has lost for the sake of others.

The Flame is an eternal reminder of the spirit that has departed this life yet burns on in the memory of all who knew and loved the fallen hero.

Click here to purchase a flag or to learn more.

View the full resolution below:

RELATED: Paid medical and family leave could be possible in Virginia in a few years