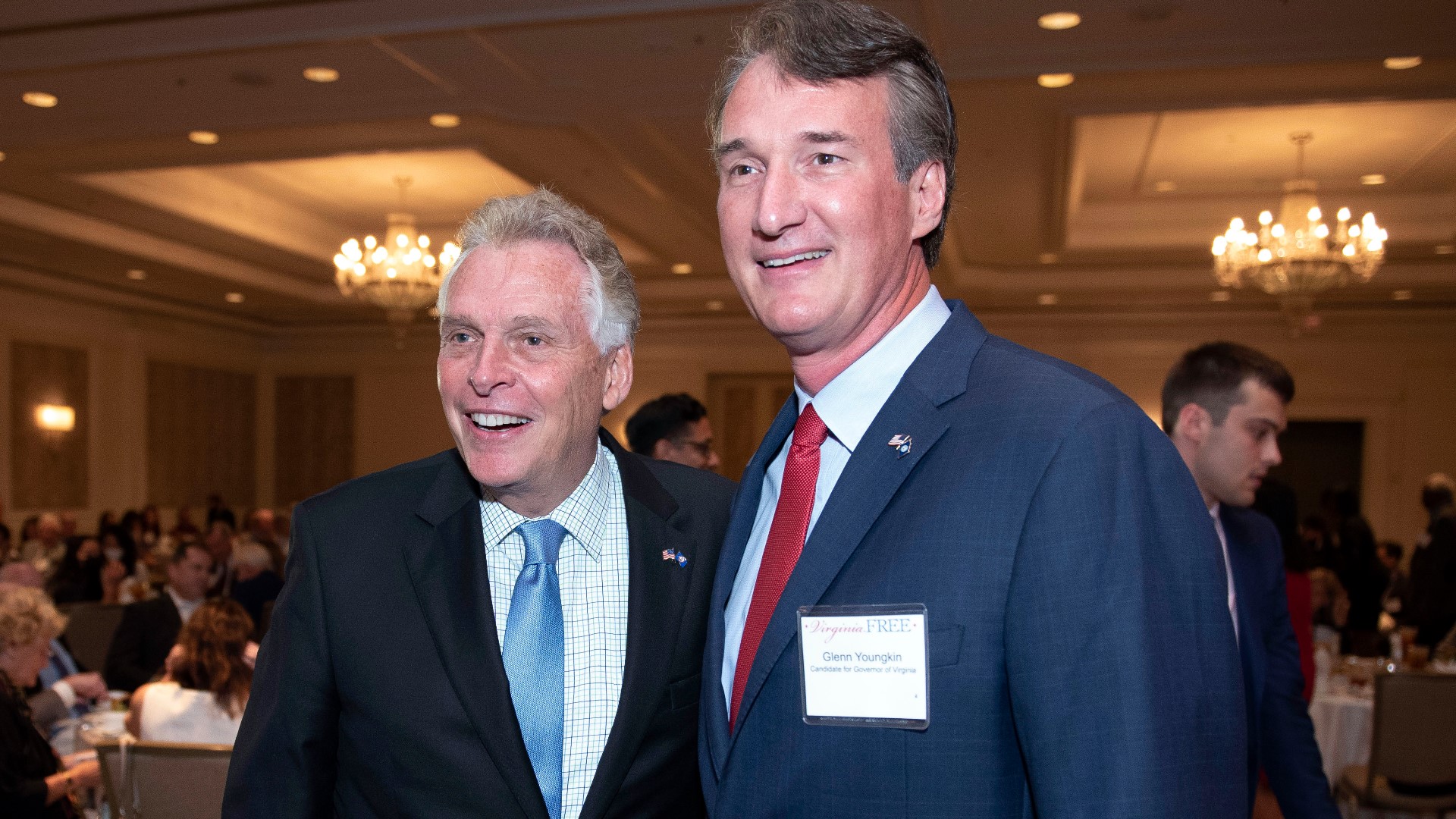 Each sought to cast the other as extreme on major issues Thursday.

The race is being closely watched as a possible indicator of national voter sentiment.

Asked his position on President Joe Biden’s sweeping new vaccine mandates, Youngkin called himself a strong advocate for the COVID-19 vaccines but said he thought the president lacked the authority to “dictate” that workers receive one.

McAuliffe criticized Youngkin as failing to show leadership, saying the Republican has undermined vaccine efforts and would unleash the virus by not mandating inoculations.

Thursday's debate comes on the eve of early voting across the Commonwealth.

Starting Friday, September 17, you can vote early at your local election office or vote by mail-in absentee ballot.

More information can be found on Virginia's Department of Elections website.