Youngkin demands cops in every school, threatens funding, calls for investigation of Loudoun County school board

Two sexual assaults in Loudoun high schools have the GOP candidate claiming a cover-up is happening, while McAuliffe calls the claims a "Trumpian conspiracy theory." 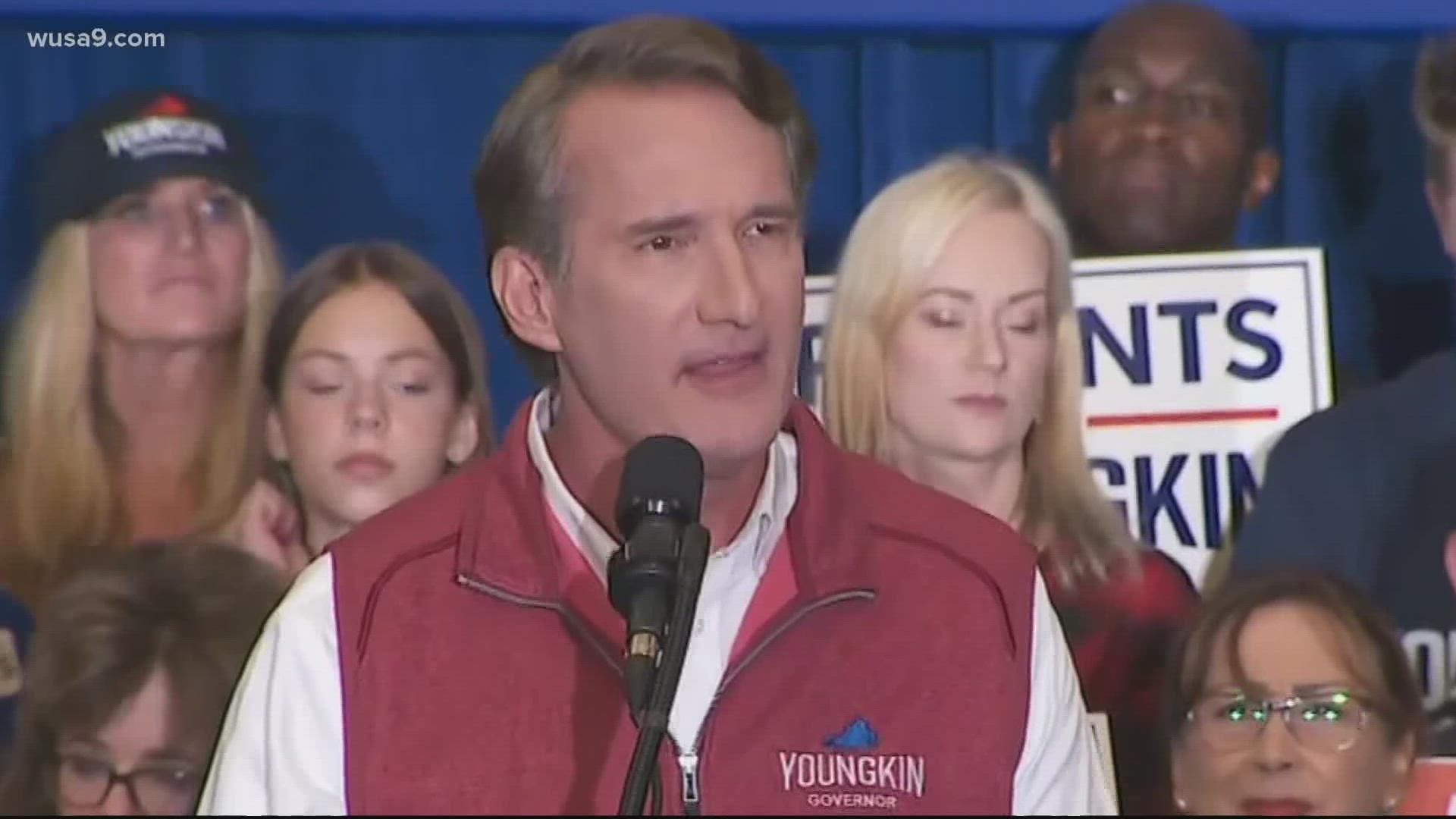 BURKE, Va. — There is less than two weeks until election day in Virginia, and Republican candidate Glenn Youngkin is calling for a state and federal investigation into a county school board and threatening to cut off funding for any district that fails to station police officers in every school.

At a standing-room-only speech at the Burke Volunteer Fire and Rescue Department hall, Youngkin accused the Loudoun County School Board of covering up sexual assaults in two high schools. He demanded resignations and investigations.

"Instead of investigating parents, the DOJ (the U.S. Department of Justice) should be investigating those who covered up a heinous crime in our schools," Youngkin told the crowd.

The Loudoun prosecutor says the same teen sexually assaulted one girl at Stone Bridge High School in May, and another girl at Broad Run High School months later after he was transferred there.

RELATED: 'Parents are exhausted from being maligned' | Education on the minds of Virginia voters for gubernatorial race

Youngkin also threatened to cut off money to any school district that refuses to station police officers in every school.

"Every school will be required to have school resource officers on its campus," he said to applause. "And let me be clear, they will be on every campus or that school will lose its funding."

Alexandria and Arlington County both voted to remove officers from schools this year, but Alexandria reversed its decision this month after a series of violent incidents at City High School.

"For months, we've seen chaos in our schools," Youngkin said.

Controversies over mask mandates, teaching about race and transgender rights over the last year have helped galvanize conservatives and led to heated school board meetings across the Commonwealth, but especially in Loudoun and Prince William counties.

A spokeswoman for the McAuliffe campaign responded with a statement that in part said, "Glenn Youngkin's entire campaign has been based on Donald Trump's divisive conspiracy theories, and tonight we saw more of the same -- angry Trumpian conspiracy theories and constant threats against public school funding."

In the same speech, Youngkin suggested George Soros, a billionaire philanthropist born to a non-observant Jewish family in Hungary, was "inserting political operatives into our school system, disguised as a school board."

"The present chaos in our schools lays squarely at the feet... of George Soros-backed allies," Youngkin said. "These allies that are in the left, liberal, progressive movement."

Schools, and former President Donald Trump, are likely to be each campaigns' most potent closing argument as we head toward election day on Nov. 2, in a close battle for the governor's mansion.

WUSA9 reached out to the Loudoun schools for a response, but we’re still waiting to get one. 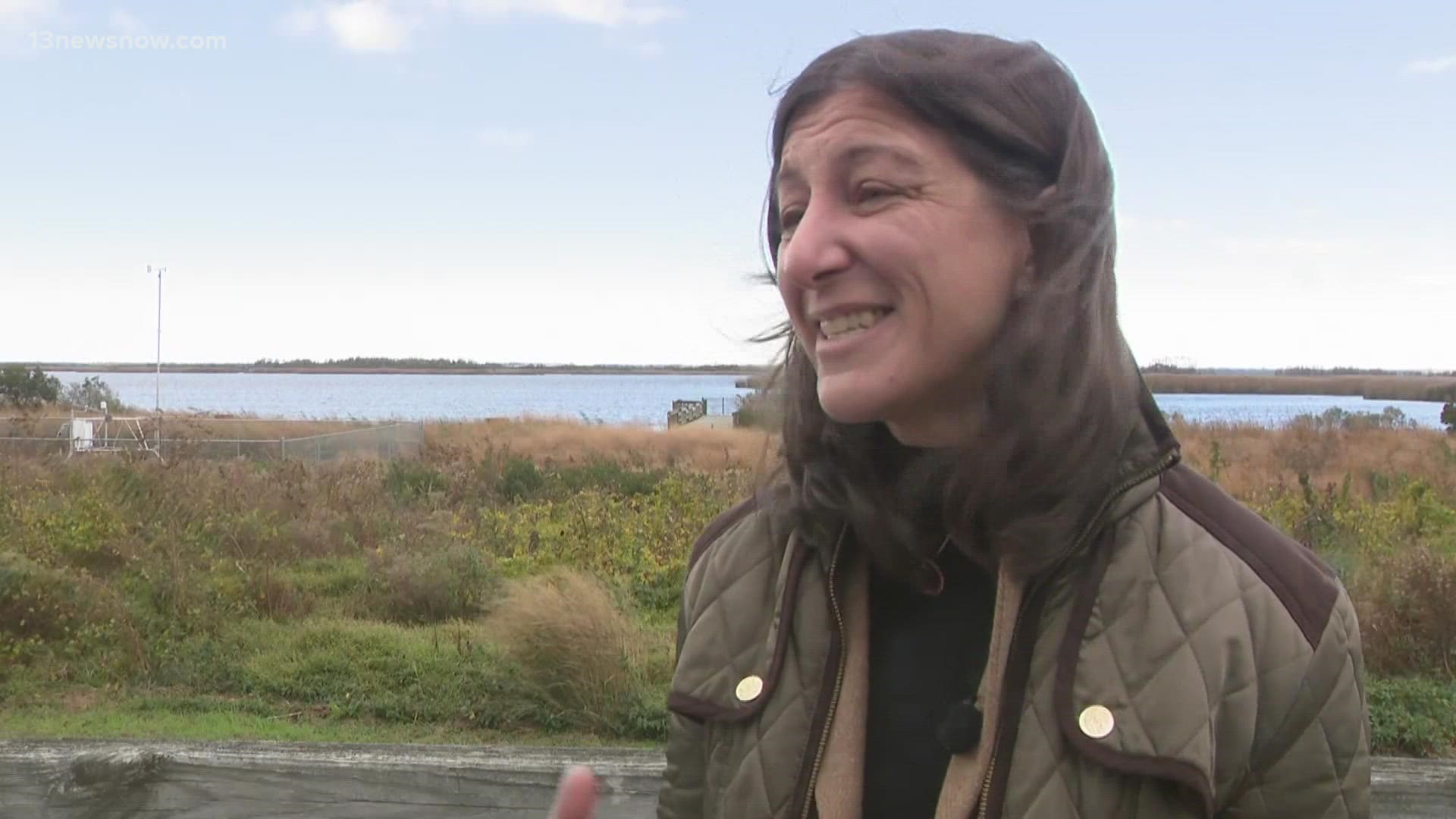