Changing the probation system in Virginia: that's the goal of a rapper who stood with Governor Ralph Northam as he signed a new bill to limit probation terms. 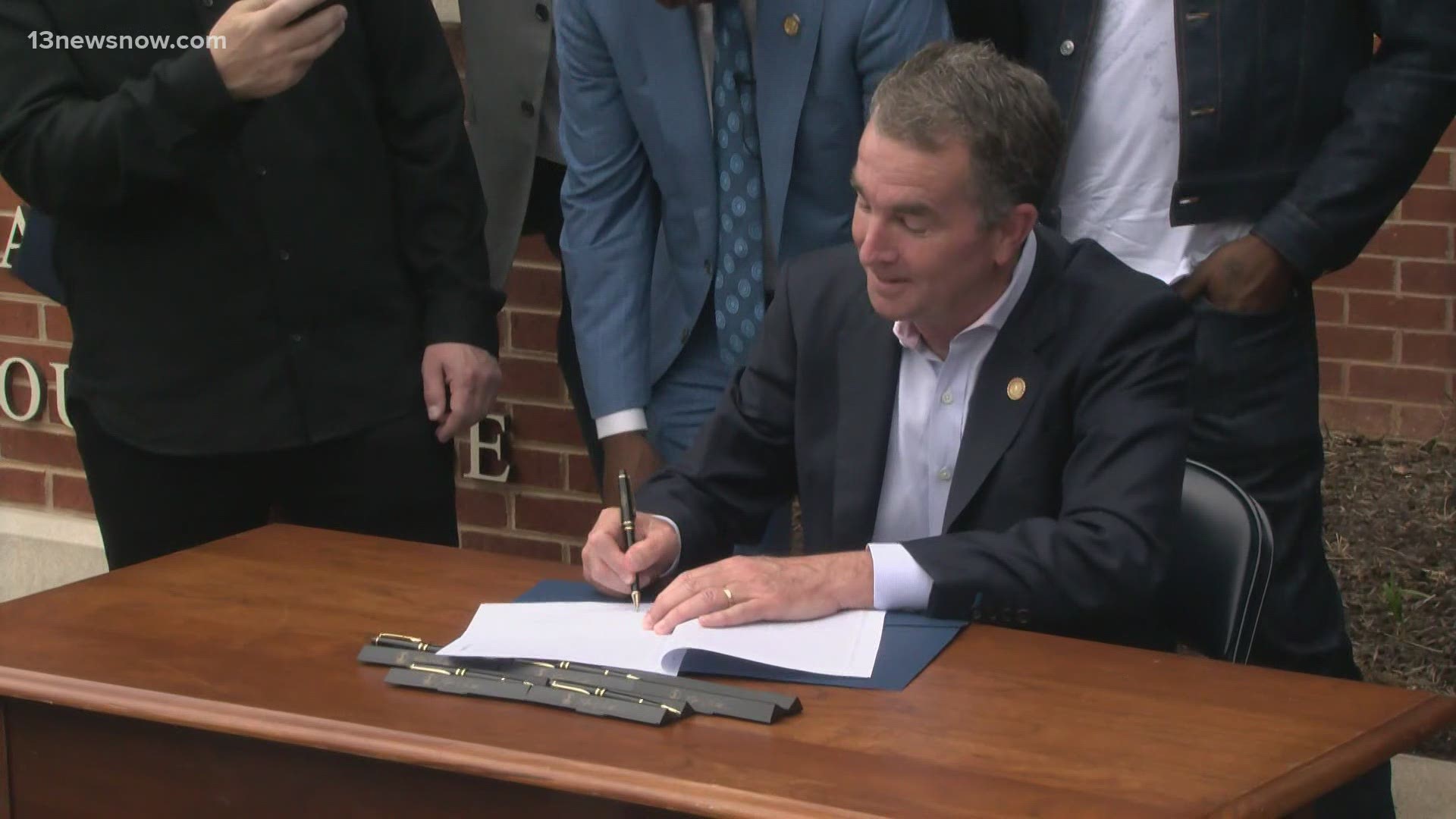 On Thursday he stood with Governor Ralph Northam, as Northam signed a new bill to limit probation terms.

Meek mill received a year-long sentence for a gun and drug case in Pennsylvania that put him on probation for nearly 12 years.

After that, he joined REFORM Alliance, a group advocating for change in state parole and probation laws.

Beginning on July 1 in Virginia, probation terms are capped at one year for misdemeanors and five years for felonies. Prior to the bill passing, Virginia was only one of seven states without these restrictions.

Right now, there are 60,000 people currently on probation in Virginia, which is more than a 50 percent increase in the last 21 years.