The mailers compare voters to their neighbors, saying, "election officials are watching your neighbors voting performance." 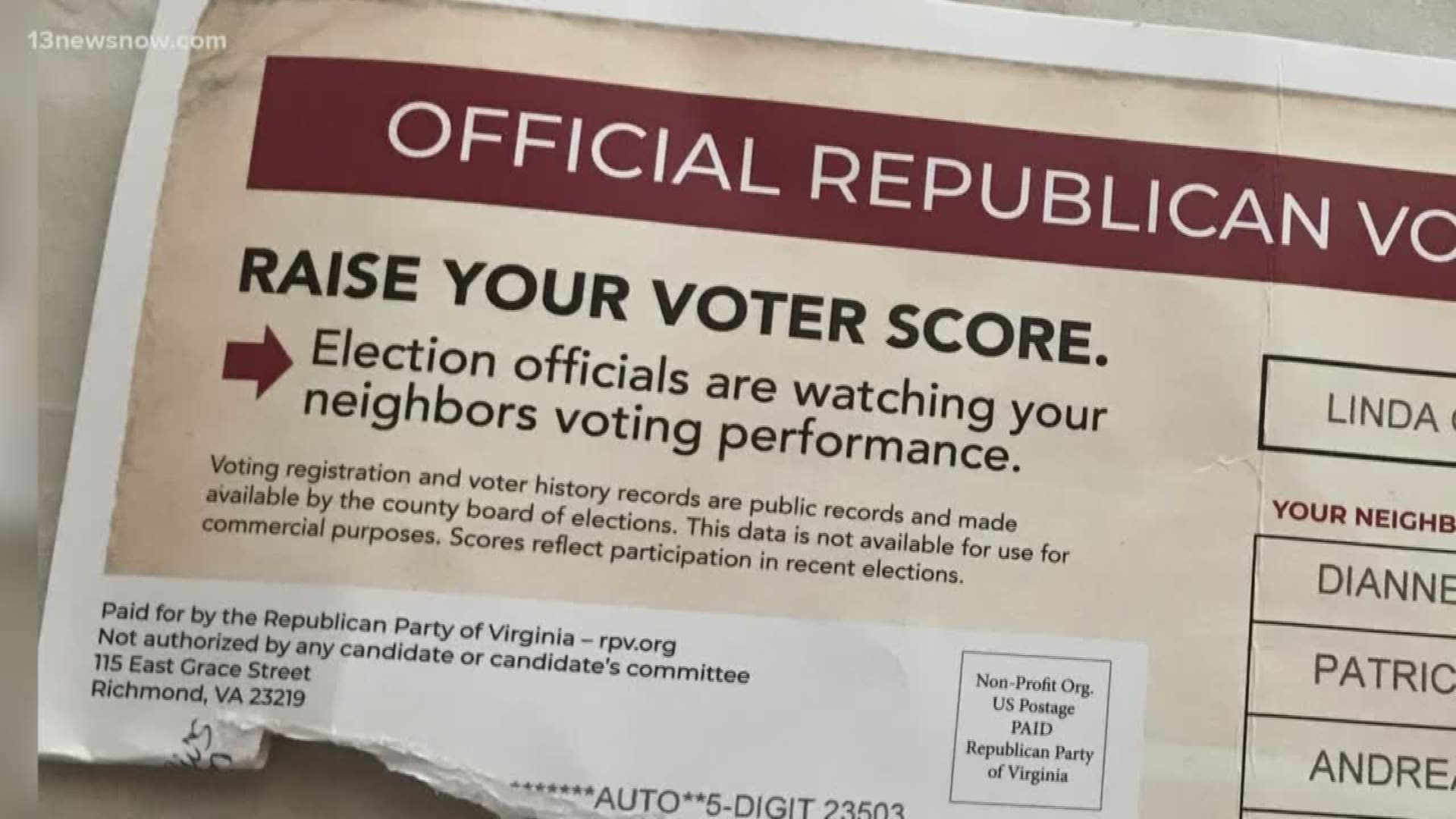 CHESAPEAKE, Va. — Some Hampton Roads voters are criticizing what they call an "intimidating" and "shaming" mail campaign from the Republican Party of Virginia, just days ahead of Election Day on November 5.

13 News Now received multiple calls and emails from viewers about a series of mailers which compares voters to their neighbors.

The mailer, titled "Official Republican Voter Scorecard," assigns a grade to the recipient in the top right and then lists that person's neighbors as receiving better grades.

On the left side of the mailer, RPV tells voters to "raise your voter score" because "election officials are watching your neighbors' voting performance."

One voter told 13 News Now he feels 'hot' because he hasn't missed an election since 1980 and was assigned a 'C' grade. Another said she feels the tactics are 'wrong.' Others said the campaign simply makes them feel 'uncomfortable.'

13News Now asked the Republican Party of Virginia if it analyzed voter records before assigning grades. We also asked why they sent the mailers and how many were sent out.

RPV responded to every question with the same answer: "RPV does not discuss political strategy with the media."

According to the mailers, the letters were paid for by the group and not by any individual campaign.