Police arrested Cleshaun Cox after the department received a complaint about an officer who acted inappropriately while on duty. 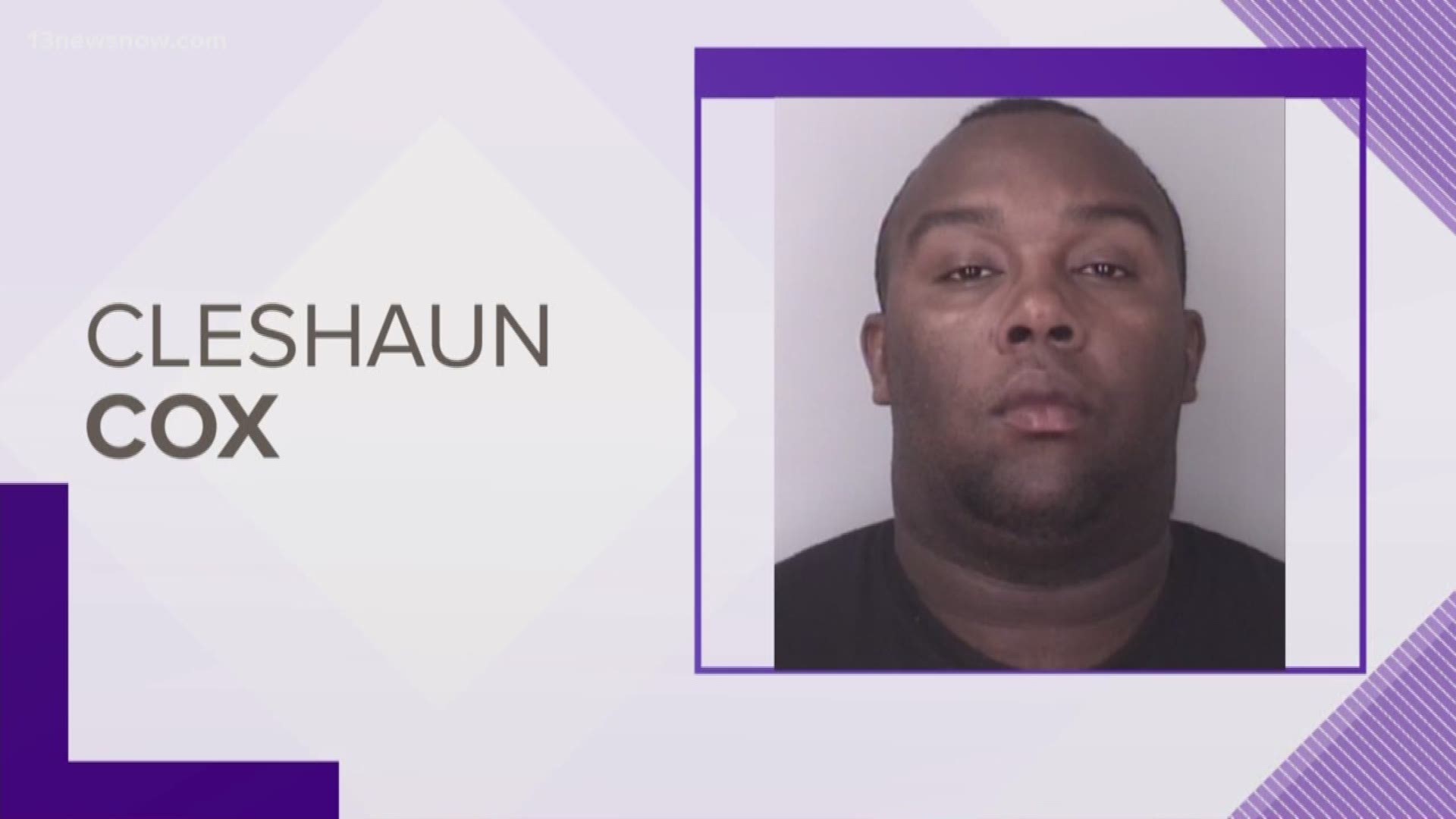 PORTSMOUTH, Va. — A Portsmouth police officer is facing charges of rape and abduction following an investigation by his fellow officers.

Someone made detectives with Portsmouth Police Department's Special Victims Unit aware of allegations that 27-year-old Cleshaun A. Cox acted inappropriately while he was on duty.

After their preliminary investigation, detectives said there was enough probable cause to arrest Cox, whom they took into custody early Tuesday morning.

Arrest documents indicate the victim is a 17-year-old girl.

Court paperwork says that Cox followed the girl home, then told her to drop off a friend who was with her. At that point, he supposedly told her to follow him to Victory Boulevard. The court documents say Cox told her to park, get into his car, and leave her phone and keys in hers. The paperwork says Cox drove the 17-year-old girl to the 1300 block of Victory Boulevard where he raped her before taking her back to her own car. The girl drove home after that.

Cleshaun Cox’s family members said they are standing by his side.

“I don’t even have an inch of belief that he did something like this. Like I just said, it’s just hard,” explained Cleontae Cox.

“This is way out of his character anybody will tell you," Cleontae said. "Anybody who knows him. He’s goofy, joking. This was always his dream. I can’t express that enough.”

“...I really think he is innocent and I don’t think he did this at all. This is not him,” explained Cox’s aunt Karen Ballance.

Ballance said Cox is not only a police officer but a local pastor in the area. The family said they hope to figure out what happened!

“We are just going to have to wait it out and think and pray,” Cox's aunt said.

Portsmouth police said Cox has been with the department for a little more than a year.

Cox currently is in the custody of the Portsmouth Sheriff's Office.