Some Suffolk homeowners impacted by tornadoes want the rain to stop. 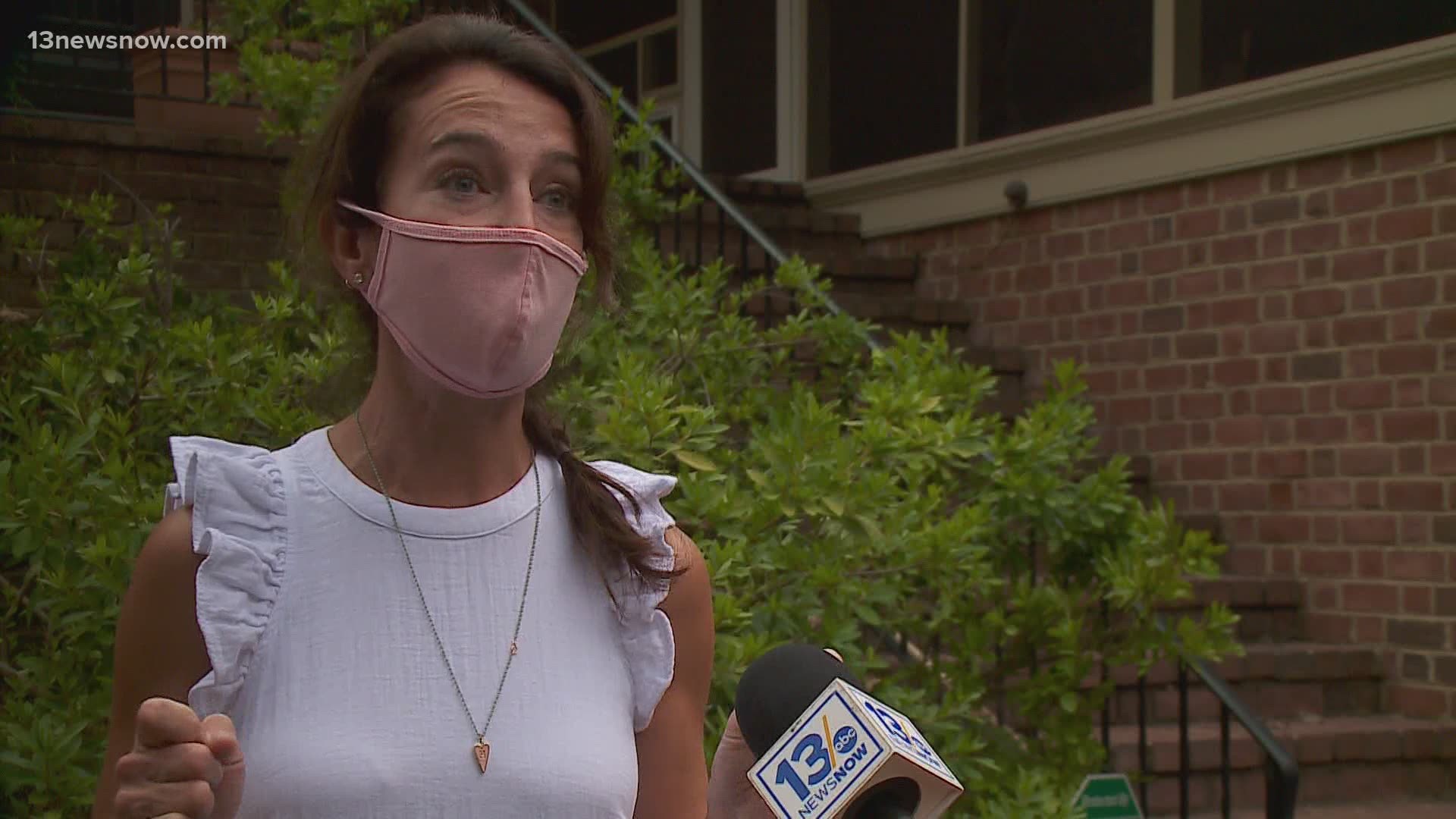 SUFFOLK, Va. — Some Suffolk homeowners will wait longer to repair their homes after Isaias. Recent rainy days have caused their restoration projects to stop temporarily.

On Saturday, construction crews were hard at work taking trees out of homes in a Suffolk neighborhood. This was days after Isaias brought tornadoes hitting the area. The weather knocked down power lines and damaged cars.

Hannah Adams, a homeowner in Suffolk, is dealing with damage.

“Two houses down. I don’t think that house is going to be livable," said Adams as she looked at homes on her street.

Adams and her daughter were inside the home during the storm.

“We jumped out of bed ran and grabbed kids and animals. Went to the basement and I do believe as we were running downstairs, it was circulating around us," said Adams.

A tree went through her roof. The recent rain is not helping them patch it up any faster.

“We’ve been told that they can’t start our roof until they have several days in a row of no rain. We don’t know when that will be, and in the meantime, we’re living with buckets and hoping it doesn’t leak again," said Adams.

The setback leaves her with more work to do and less time to fix her home.

"The rain unfortunately came pouring through our bedroom which is right below the damage where the attic was," said Adams.

Adams explained she's staying optimistic because no one was hurt during the storm. She hopes the weather changes so they can rebuild their home like so many others in Suffolk.