Bigfoot hunting season could soon be a reality in Oklahoma. 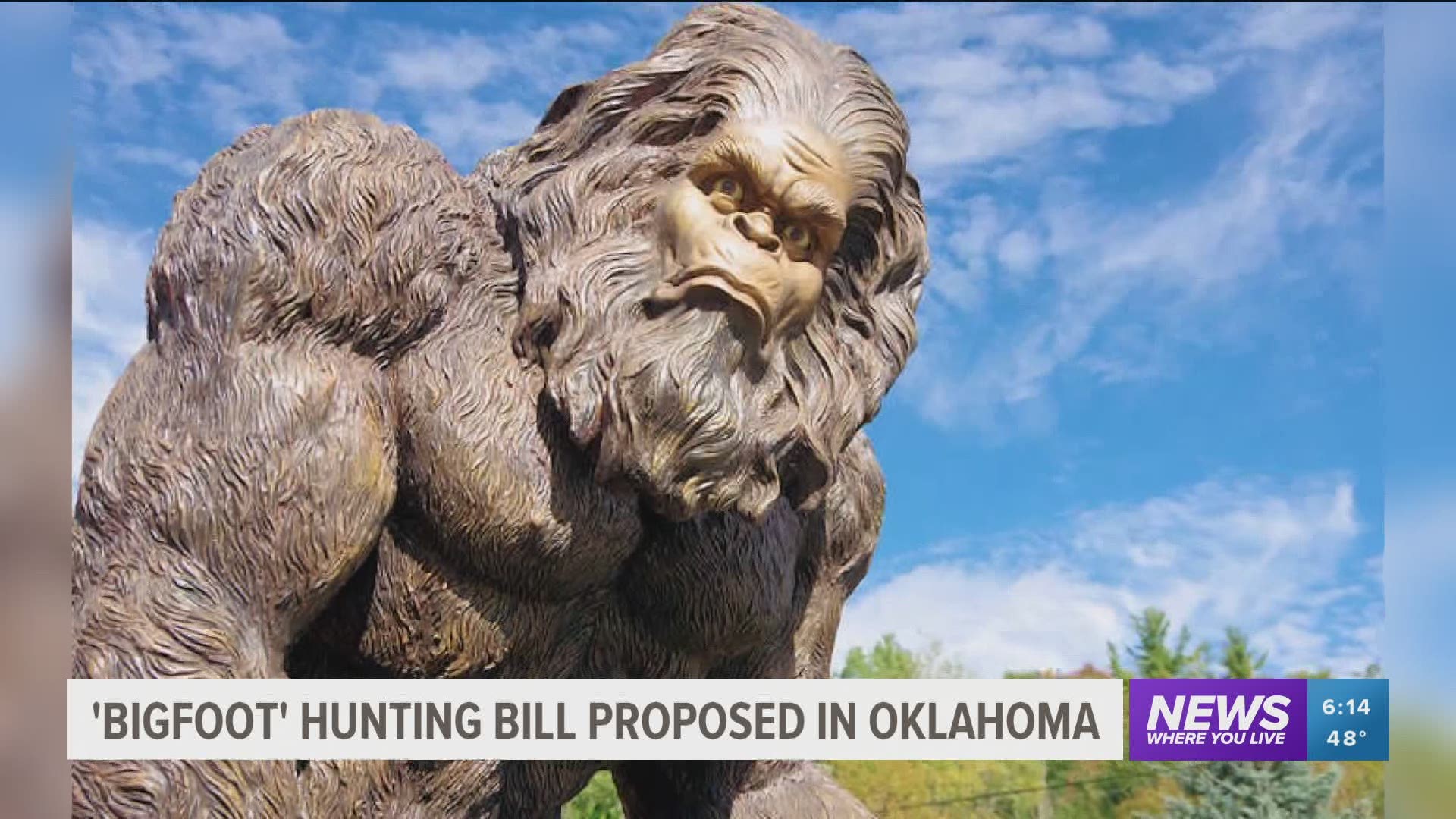 OKLAHOMA, USA — A bill was introduced in Oklahoma on Wednesday (Jan. 20) to establish a Bigfoot hunting season.

The new law would establish a Bigfoot hunting season, overseen and regulated by the Oklahoma Wildlife Conservation Commission.

Humphry says the Oklahoma Wildlife Conservation Commission would determine when Bigfoot season would open and determine the cost of the license.

"It's my goal to try and get the wildlife department to maybe support a $25,000 bounty on Bigfoot, and by doing so, we are going to have a lot of people come out and want to participate," says Humphrey.