Larissa the loggerhead was found in August 2019 on Boca Grande Beach. 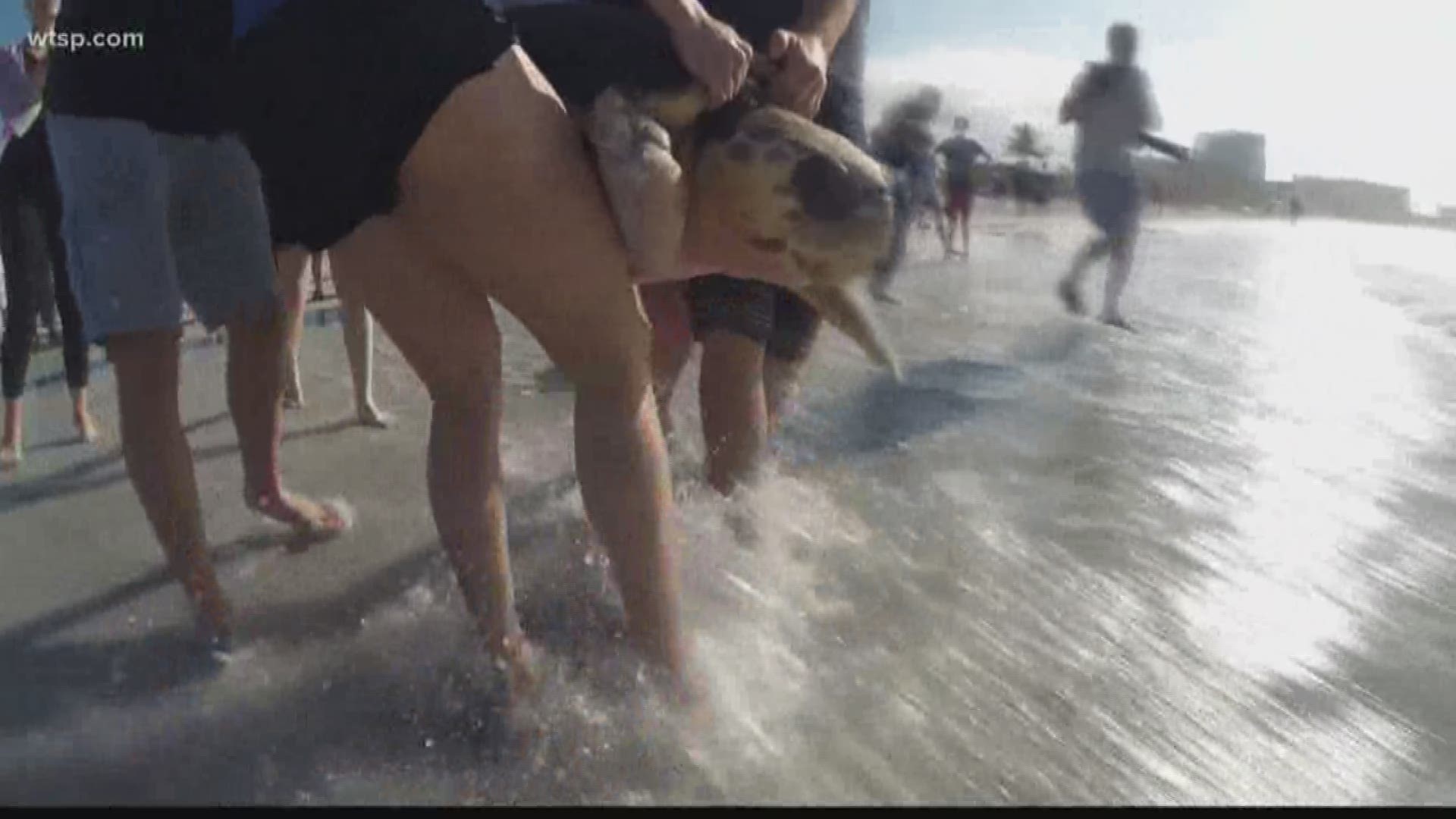 Five months of rest, relaxation and care later, Larissa the loggerhead sea turtle has been released back into the ocean.

Mote Marine Laboratory said the female turtle was found Aug. 18, 2019, on Boca Grande Beach. When examined at the Sea Turtle Hospital at Mote, doctors found she was missing half of her right flipper.

Doctors said she was placed in low water level because she was slightly buoyant and weak. Luckily, Mote said Larissa was easily eating on her own.

By October, Larissa was transferred to a larger pool for more swimming room. She continued to get iron injections and gained weight back.

In the beginning of December, doctors did surgery on her right front flipper to remove a protruding piece that could get caught on things in the wild.

Larissa was released back into the waters off Lido Key Friday morning by Mote Marine crews.

RELATED: Rehabilitated sea turtles released back into the ocean