The Superintendents' recommendation suggested reassigning the 5th-graders zoned for Huntington to Hines and Crittenden middle schools. Current sixth and seventh-grade Huntington students would attend school together with their teachers in one wing at Heritage High School. 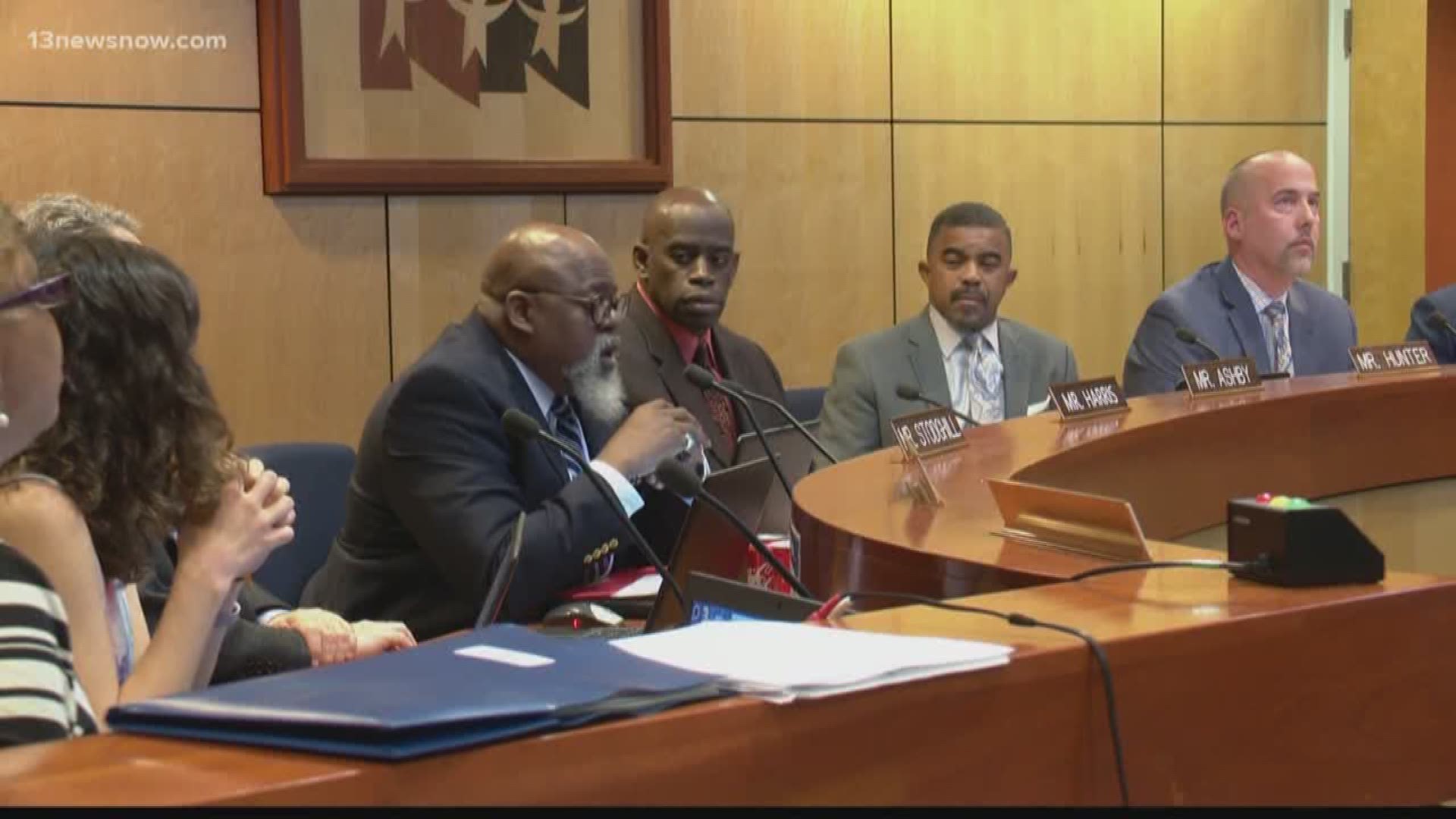 NEWPORT NEWS, Va. (WVEC) -- The acting superintendent presented a recommendation in February to move its students from Huntington Middle School.

On Tuesday, the School Board voted 6-1 in favor of the recommendation.

Board Member Marvin Harris voted against. He wanted to delay the vote until he knew what the city's budget would be, hoping to get money towards the school.

His motion to delay was voted down 6-1.

Due to the building's deteriorating conditions, in December, the school board gave the superintendent authorization to study and analyze the future needs of Huntington Middle School. This also included looking into the need to transfer students for the 2018-2019 school year.

The Superintendents' recommendation suggested reassigning the 5th-graders zoned for Huntington to Hines and Crittenden middle schools. Current 6th and 7th-grade Huntington students would attend school together with their teachers in one wing at Heritage High School.

School board chairman Gary Hunter says the acting superintendent took all the feedback they got from parents and students into consideration before presenting this proposal.

"I assure you there will be two schools within one, they will be in a different wing, the principal, counselors and teachers move, so it'll be Huntington Middle School at Heritage," Hunter said.

A final recommendation is expected by March 1, 2019.