Secret Service: Driver tries to get into White House complex by following official vehicle through gate

The vehicle was stopped and the driver was taken into custody by Secret Service, officials say. 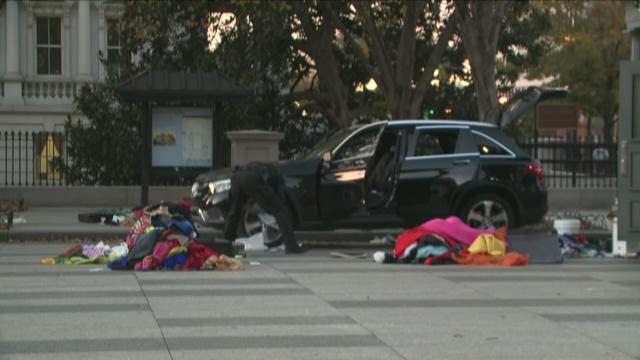 WASHINGTON — A driver tried to get into the White House complex by following an official vehicle through an external checkpoint, Secret Service said.

The Explosive Ordnance Disposal Unit of the D.C. police department and the Secret Service responded to the suspicious vehicle near the White House around 6 a.m. Thursday after the driver tried to illegally gain entry to the White House complex.

The vehicle, later identified as Mercedes with Texas plates, was stopped and the individual was taken into custody by Secret Service, they confirmed. The D.C. police department identified the driver as Joy Utokanandu from Grand Prairie, Texas.

This is an ongoing incident. This story will be updated as more information becomes available.

RELATED: Person arrested after trying to cross security barrier next to White House

In June, Secret Service arrested someone for trying to cross a security barrier next to the White House. Officials said it happened on the northwest side of the Treasury Building fence along Pennsylvania Avenue.

The person tried to cross the security barrier and was "immediately apprehended." Officials didn't release the identity of the suspect but said they are being charged with assault on a police officer and unlawful entry.

Mason Brayman, the assistant special agent in charge for the U.S. Secret Service, said there was no impact to the White House Security operations. The White House didn't immediately issue a comment, and it was unclear if President Donald Trump was in the building at the time.