Shutdown makes it tough for groups to help endangered whales

Some scientists say the shutdown is coming at a dangerous time for the endangered North Atlantic right whale. There are thought to be only 411 right whales alive right now. 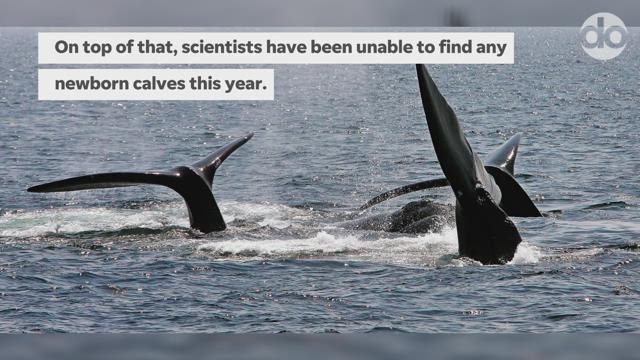 PORTLAND, Maine — Rescuers who respond to distressed whales and other marine animals say the federal government shutdown is making it more difficult to do their work.

A network of rescue groups in the U.S. works with the National Oceanic and Atmospheric Administration to respond to marine mammals such as whales and seals when the animals are in trouble, such as when they are stranded on land or entangled in fishing gear. But the federal shutdown, which entered its 33rd day Wednesday, includes a shuttering of the NOAA operations the rescuers rely upon.

NOAA plays a role in preventing accidental whale deaths by doing things like tracking the animals, operating a hotline for mariners who find distressed whales and providing permits that allow the rescue groups to respond to emergencies. Those functions are disrupted or ground to a halt by the shutdown, and that's bad news if whales need help, said Tony LaCasse, a spokesman for the New England Aquarium in Boston, which has a rescue operation.

"If it was very prolonged, then it would become problematic to respond to animals that are in the water," LaCasse said. "And to be able to have a better handle on what is really going on."

The shutdown is coming at a particularly dangerous time for the endangered North Atlantic right whale, which numbers about 411, said Regina Asmutis-Silvia, a senior biologist with Whale and Dolphin Conservation of Plymouth, Massachusetts. The whales are under tight scrutiny right now because of recent years of high mortality and poor reproduction.

NOAA recently identified an aggregation of 100 of the whales south of Nantucket — nearly a quarter of the world's population — but the survey work is now interrupted by the shutdown, Asmutis-Silvia said. Surveys of rare whales are important for biologists who study the animals and so rescuers can have an idea of where they are located, she said. No right whale mortalities have been recorded so far in 2019, but there have been at least 20 since April 2017.

"There's a really significant impact on marine mammal conservation based on this shutdown," Asmutis-Silvia said. "We have little to no ability to find them because of NOAA's being furloughed."

Many in the conservation community are anticipating potential changes to the federal government's Atlantic Large Whale Take Reduction Plan, which is a tool to reduce incidental deaths of whales. But that process, too, is on hold because of the shutdown. 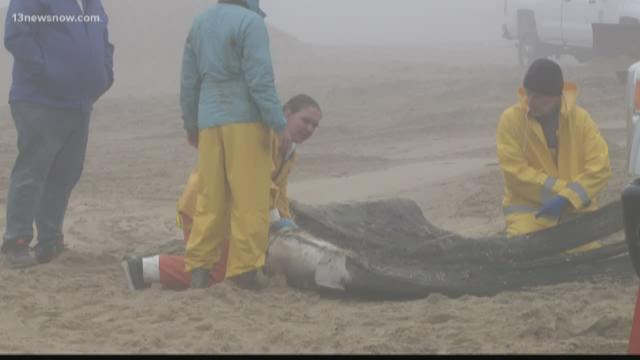 Calls from The Associated Press to NOAA spokespeople were not returned. Some spokespeople for the agency have voicemail set up to say they will return to work when the shutdown is over.

Outside of the federal government, work to protect whales is still going on. The developer of an offshore wind energy project off Massachusetts announced Wednesday it is partnering with environmental groups on a plan to try to protect the right whales.

And not all the news about the whales is gloomy. A Florida research team has located the third right whale calf of the season. None were spotted last season.

Scott Landry, director of marine mammal entanglement response for the Center for Coastal Studies in Provincetown, Massachusetts, said that a NOAA whale entanglement hotline is currently being forwarded to him, and that he's managing to pick up the slack so far. Rescue groups anticipated the shutdown and are working together to make do until it's over, he said.

In Virginia, one of the state's first responders for whale rescues is the Virginia Aquarium & Marine Science Center in Virginia Beach. Mark Swingle, the aquarium's director of research and conservation, said the center would not have "the usual assets we depend on to support the response" if it needs to assist an endangered whale.

That's because NOAA staff and the Coast Guard would not be available, Swingle said.

"These circumstances require extremely specialized training and resources and NOAA is the lead organizer of large whale and other disentanglement efforts," he said. "Live strandings pose their own set of challenges that NOAA helps navigate appropriately."