The tunnel stretches from Tijuana to Otay Mesa. 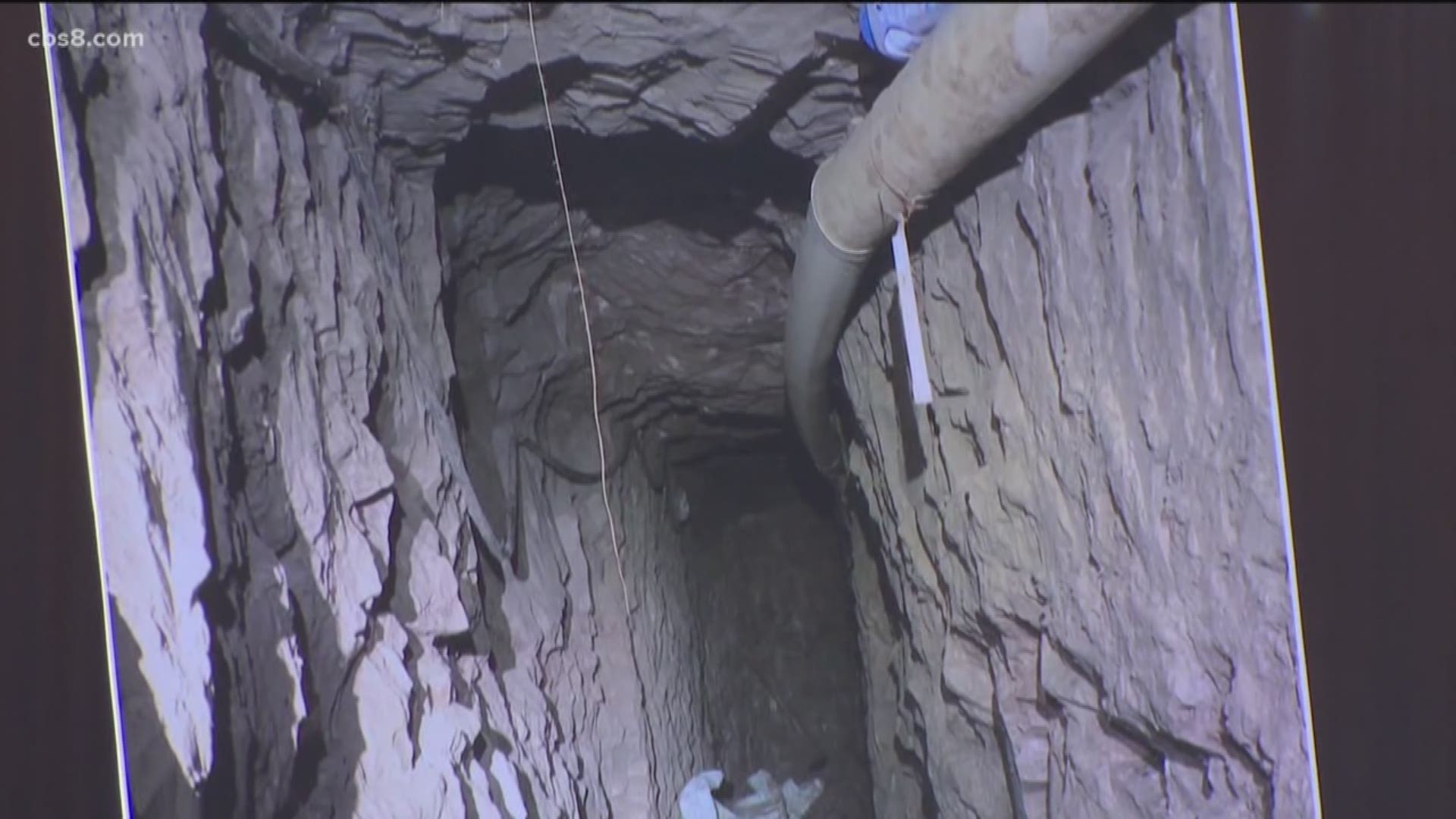 SAN DIEGO — On Wednesday, Border Patrol agents revealed new information about the "longest cross-border tunnel ever discovered" that they learned about in August 2019,  according to Border Patrol Agent Justin J. Castrejon.

"Member agencies of the San Diego Tunnel Task Force will provide a press conference and an opportunity for questions regarding the discovery of the longest cross-border tunnel ever uncovered," said Castrejon.

According to U.S. Border Patrol, the tunnel starts in Tijuana, in an industrial area approximately close to Otay Mesa. A small industrial building conceals the tunnel. Mexican authorities reportedly identified the tunnel entrance.

The tunnel travels north into the U.S. bending slightly west and extending an "astonishing" 4,068 ft. from the border, totaling over three-quarters of a mile.

“While subterranean tunnels are not a new occurrence along the California-Mexico border, the sophistication and length of this particular tunnel demonstrates the time-consuming efforts transnational criminal organizations will undertake to facilitate cross-border smuggling,” said Cardell T. Morant, Acting Special Agent in Charge of Homeland Security Investigations (HSI) San Diego.

“I am thrilled that this high level narco-tunnel has been discovered and will be rendered unusable for cross-border smuggling. I am proud of the tremendous efforts of the Tunnel Task Force and our agents,” said Deputy Chief Patrol Agent Aaron M. Heitke.

No one has been arrested yet, but Heitke is "confident" people will be arrested sometime in the future.