Patrick Murphy was part of a group of escaped inmates who killed Irving officer Aubrey Hawkins during a Christmas Eve robbery in 2000. 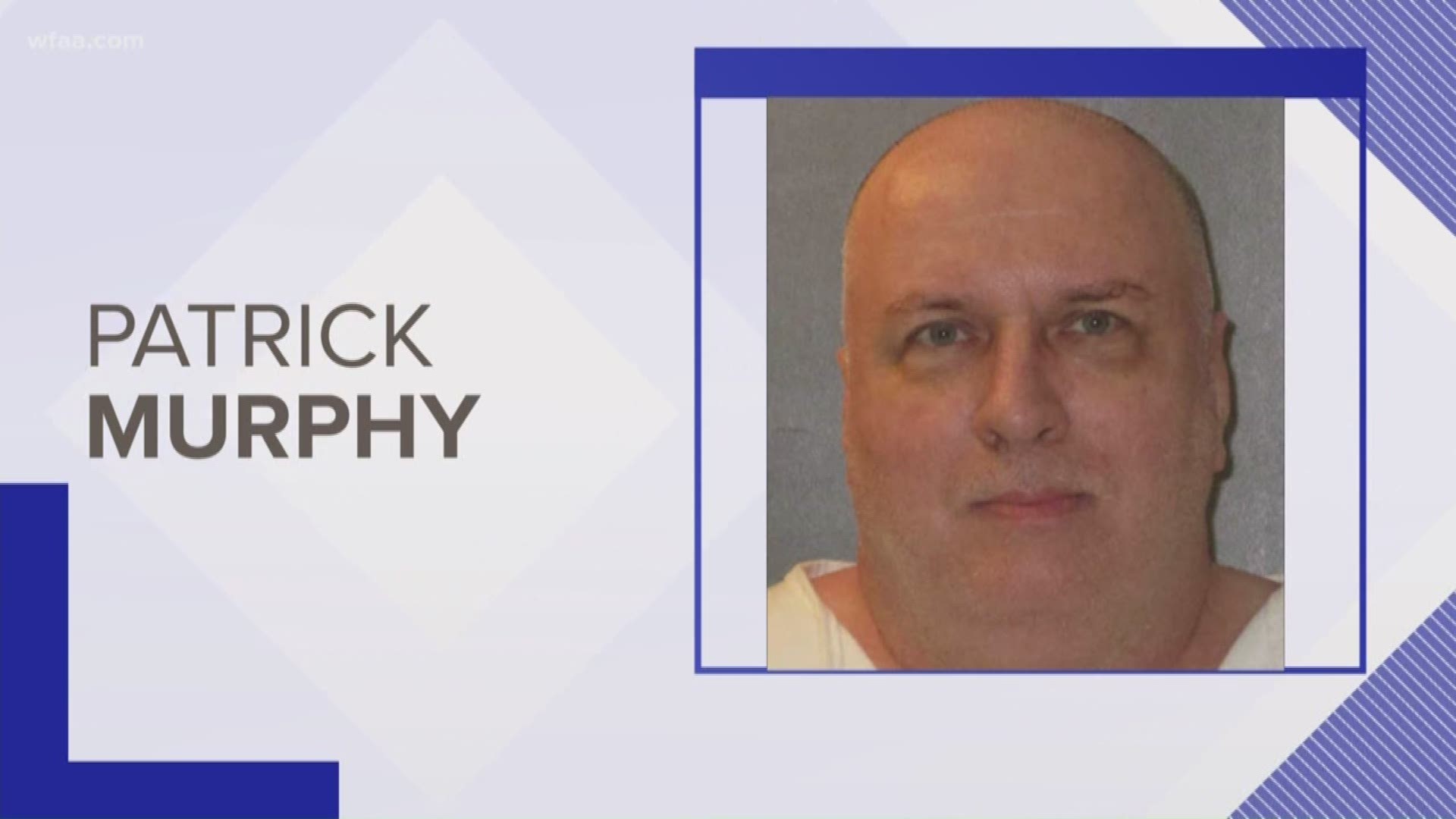 HUNTSVILLE, Texas — A member of the notorious "Texas 7" gang of escaped prisoners has won a reprieve from execution for the fatal shooting of a suburban Dallas police officer during a Christmas Eve robbery more than 18 years ago.

The U.S. Supreme Court blocked the lethal injection of Patrick Murphy after attorneys for the prisoner argued a Buddhist priest was not allowed to be with Murphy in the death chamber as he was being put to death.

Justice Brett Kavanaugh, in an opinion Thursday night, said inmates of other religious denominations who want their religious adviser to be present can have the adviser present only in the viewing room and not in the execution room itself for their executions.

Kavanaugh said that, in his view, the Constitution prohibits such denominational discrimination.

Murphy was convicted in the December 2000 death of Irving police Officer Aubrey Hawkins.

The 57-year-old Murphy was part of a group of inmates who escaped from a South Texas prison in December 2000 and committed numerous robberies before being captured, including the one during which they killed Hawkins.