It's an icon that graces Church Street in Norfolk. The Attucks Theatre has been in the city since 1919 and this year, it celebrates 100 years. 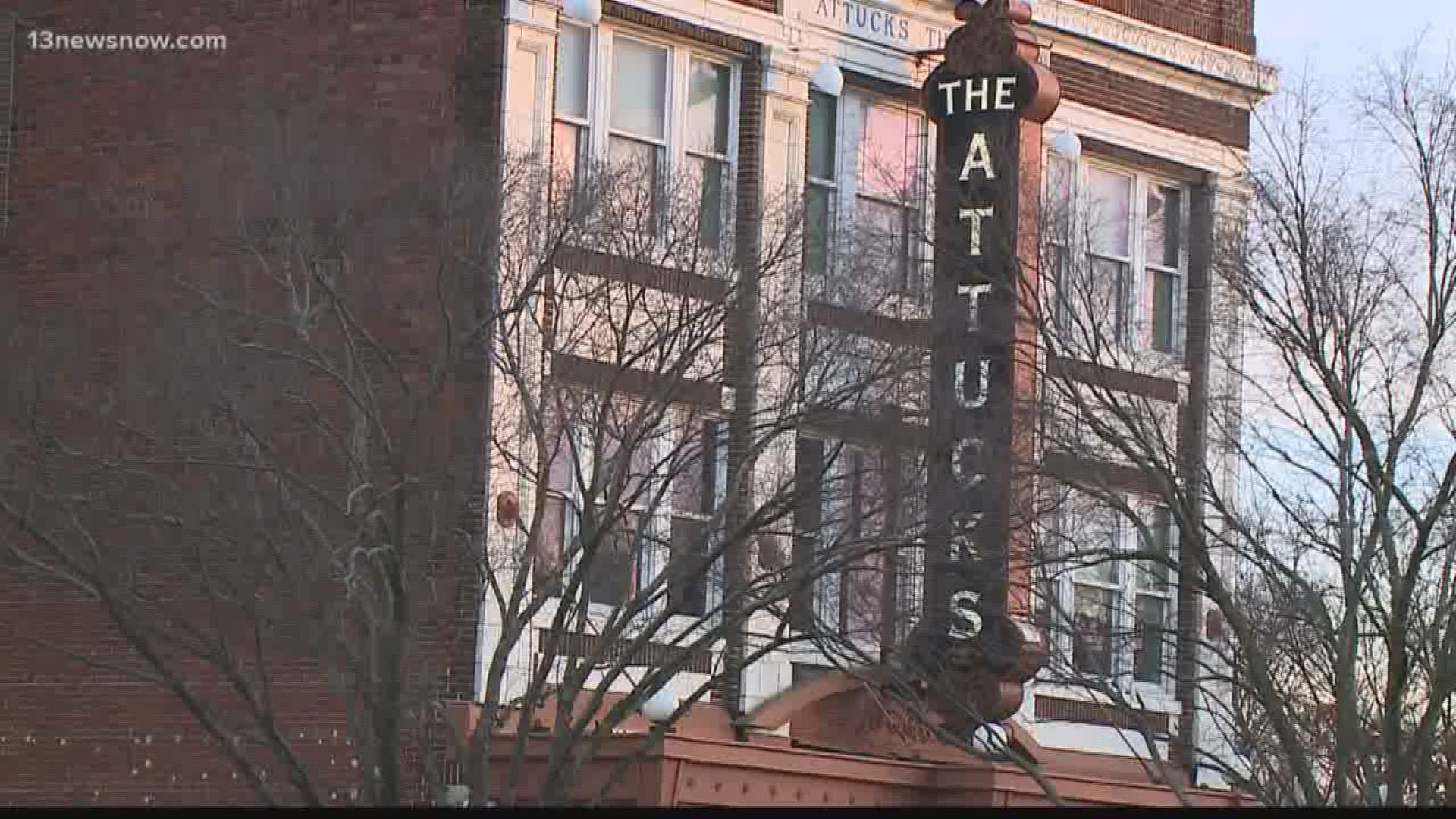 NORFOLK, Va. — The Attucks Theatre is an icon on Church Street in Norfolk. It has been in the city since 1919 is celebrating 100 years.

"The Apollo of the South", as it became known, was a mecca for entertainment, and some of the biggest names in it.

The documentary screening was part of a celebration for the theatre's 100-year-anniversary.

Godley said the Attucks Theatre has an incredible history and significance to the area, having survived segregation and still going strong today.

"It's a theater that was designed and funded by African-Americans. That in itself is very, very interesting," she said.

"This is kind of the capital of the segregated area around here and I think we all have to know a bit more about that in our lives to help understand who we are, where we've been and where we're going," said Chief Judge of Norfolk Circuit Court, Jerrauld Jones.

He was one of the many who packed the theatre to be a part of the celebration, and he remembers his childhood memories of the theater.

"Some of the professional people of the community, of this segregated black community, had offices in this community, and my father was one of those," said Jones.

Still in use today, Godfrey hopes people can appreciate and see this icon as an integral piece of history and the future.

"It is still serving the community and it can do so much more as it advances in the future," said Godfrey.

At that point, the United States Congress deemed the theater a National Historic Landmark. After a restoration period of three years, the theatre was reopened in 2004 by a partnership between the City of Norfolk's Department of Cultural Facilities and the Crispus Attucks Cultural Center, Inc.

There are several events throughout the year to celebrate The Attucks Theatre turning 100.