A substance so strong it's used in bulletproof glass: The hidden danger behind acrylic nails

It’s something many people might not even know about, despite FDA warnings. 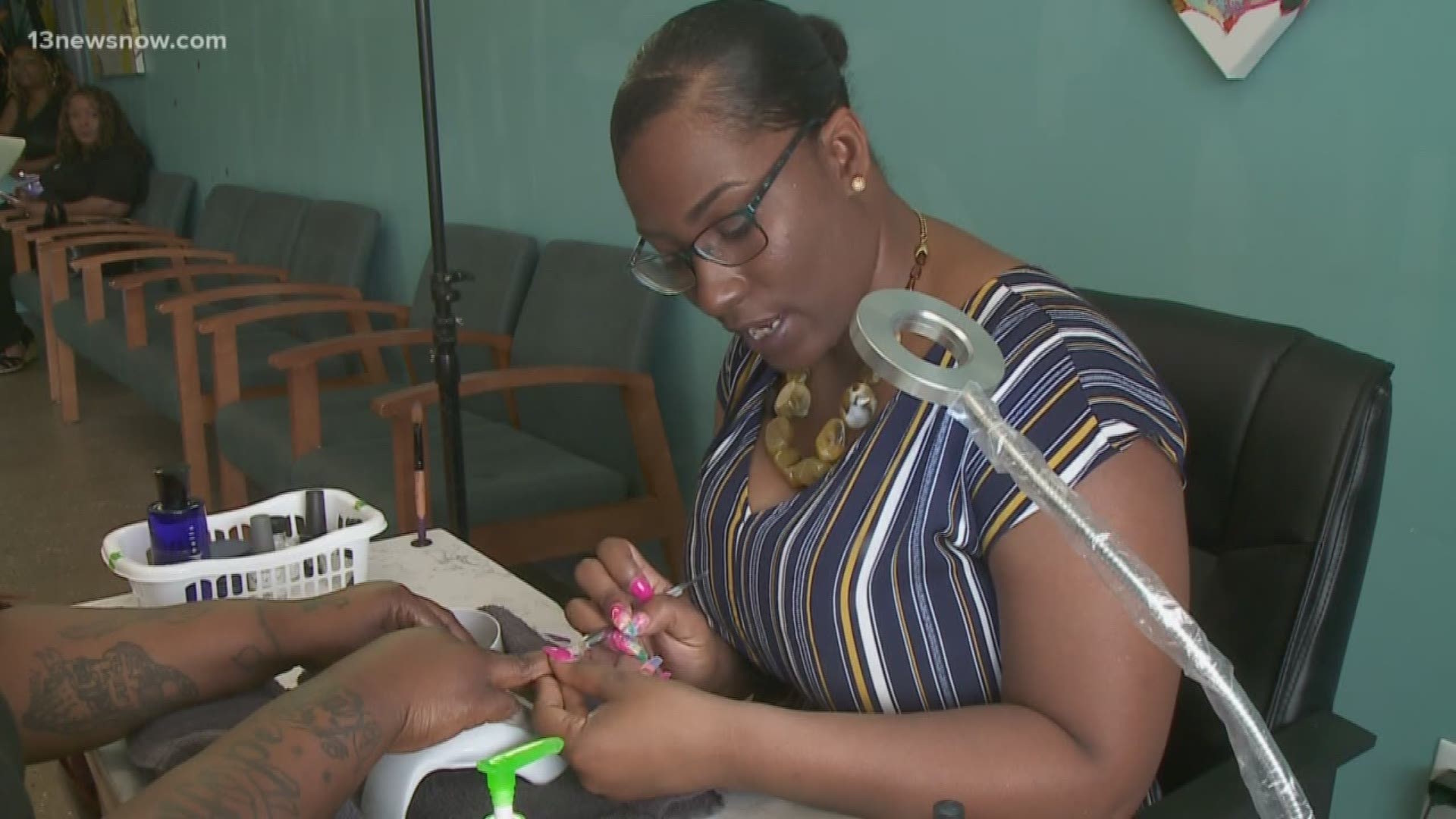 VIRGINIA BEACH, Va. — A local nail technician is raising the alarm about a dangerous chemical some nail salons use that could cause permanent damage to your nails.

It’s something many people might not even know about, despite FDA warnings.

Karen Kahan has worn acrylic nails for years but she didn’t realize those nails were the source of pain.

“They would have this tightness as if someone were to put a rubber band around your fingernail. That’s literally what it felt like,” Kahan said.

She’s talking about the type of acrylic she used: Methyl methacrylate or MMA. A substance so strong it’s used in concrete, joint replacements and dental work.

“Ripped, torn and bleeding," she said, describing the damage she's seen. "Also, it can lead to nail deformities where the nail will no longer grow back the same.”

In the 1970s, the FDA received a litany of complaints about MMA. The agency oversaw recalls but there’s no specific regulation prohibiting the use of MMA in cosmetic products.

“You still see a lot of salons using it because it’s a cheaper product,” DeBerry said.

Cheaper than the safer alternative, Ethyl Methacrylate – or EMA.

The FDA said in its report: there was no “fingernail damage or deformity” associated with the use of EMA.

“I didn’t even know the difference until I experienced a difference,” Kahan said.

There are tell-tale signs that a salon is using MMA.

Products may also lack labels or have generic bottles. MMA also has a noticeable chemical odor that can be irritating.

MMA will set extremely hard with little flexibility and removing it is difficult.

“I didn’t know there was a difference in between the acrylics,” Farmer said.

EMA, on the other hand, only took a few minutes to remove.

“It just crumbles and the product removes much easier,” DeBerry said while removing EMA on another client's nails.

However, the biggest indicator that MMA is being used is the price.

Around 30 states specifically prohibit the use of MMA in nail product – including North Carolina.

However, local cities have acted. For example, MMA is prohibited under the Virginia Beach Department of Public Health, Barbering, and Cosmetology, which means nail salons cannot have it on the premises.