After almost a year of investigating a homicide, police arrested three men. 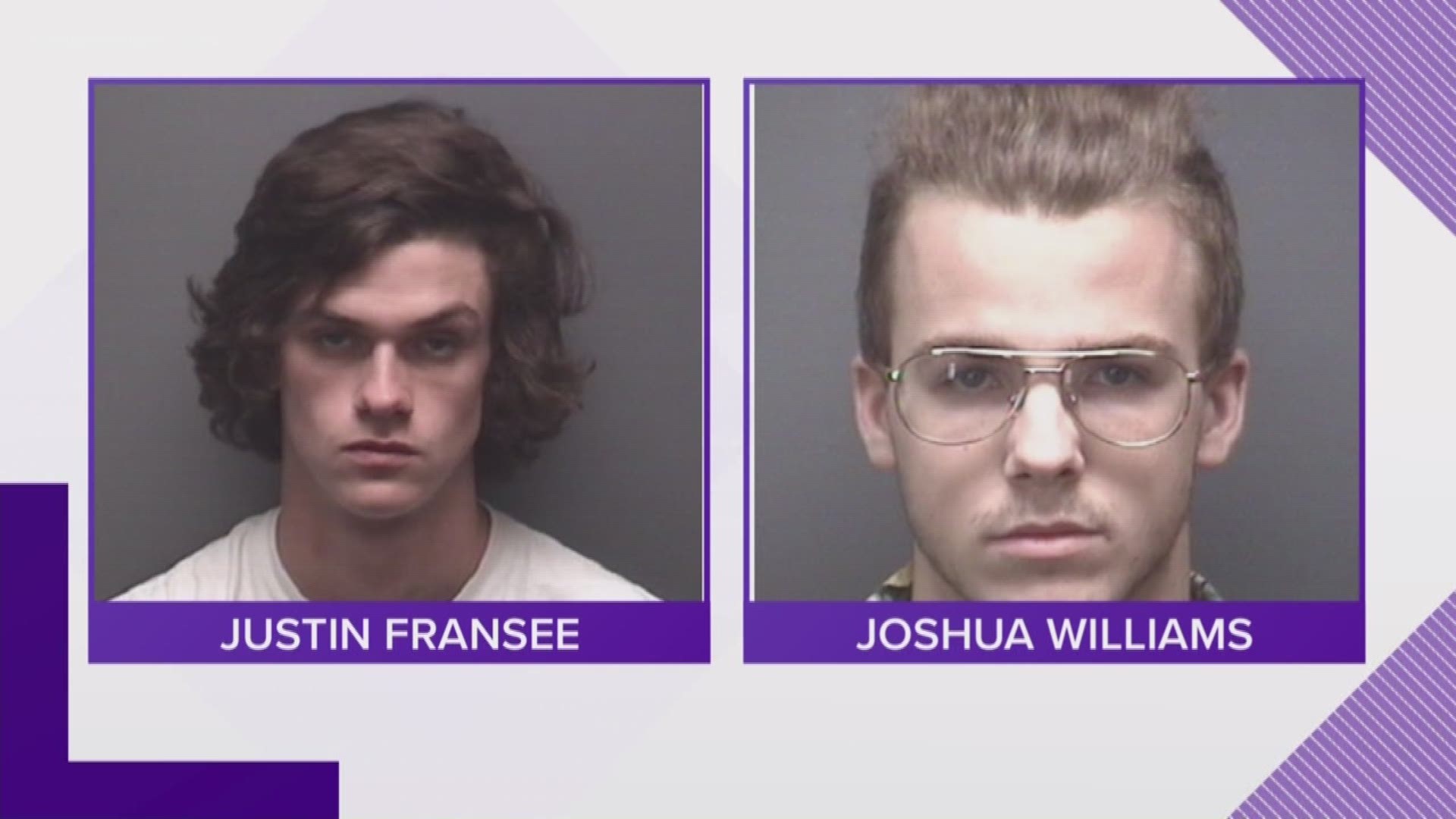 SUFFOLK, Va. (WVEC) -- After almost a year of investigating a homicide, three men have been arrested.

On July 1, 2017, Suffolk Police were called to the 300 block of Gloucester Street in Downtown Suffolk for a shooting incident. One person was injured, and another was killed during the shooting. The injured individual was 21-year-olf Anthony Hale.

Officers on the scene, located the second victim 26-year-old, Brandon Hudgins. He was pronounced dead on the scene.

Two men were arrested and charged a year later on June 28th following a direct indictment.

Joshua James Williams, 19, and Justin Stephen Fransee, 20, have been charged with Involuntary Manslaughter, Use or Display Firearm in Commission of Felony, and Conspiracy to Commit a Felony.

Williams has also been charged with a second Use of Display Firearm in the Commission of a Felony, and attempt to Commit Non-capital Offense.

A third suspect, 22-year-old Anthony Rayshawn Hale was arrested on July 5, 2018. He was charged with Involuntary Manslaughter, Robbery, two counts of Use or Display Firearm in Commission of Felony, Brandishing a Firearm, Attempt to Commit Non-Capital Offense, Conspiracy to Commit a Felony, Possession of Burglary Tools, and Wearing a Mask in Public.

The investigation remains ongoing at this time.