It was the most wonderful time of the year for some happy families at Naval Air Station Oceana! 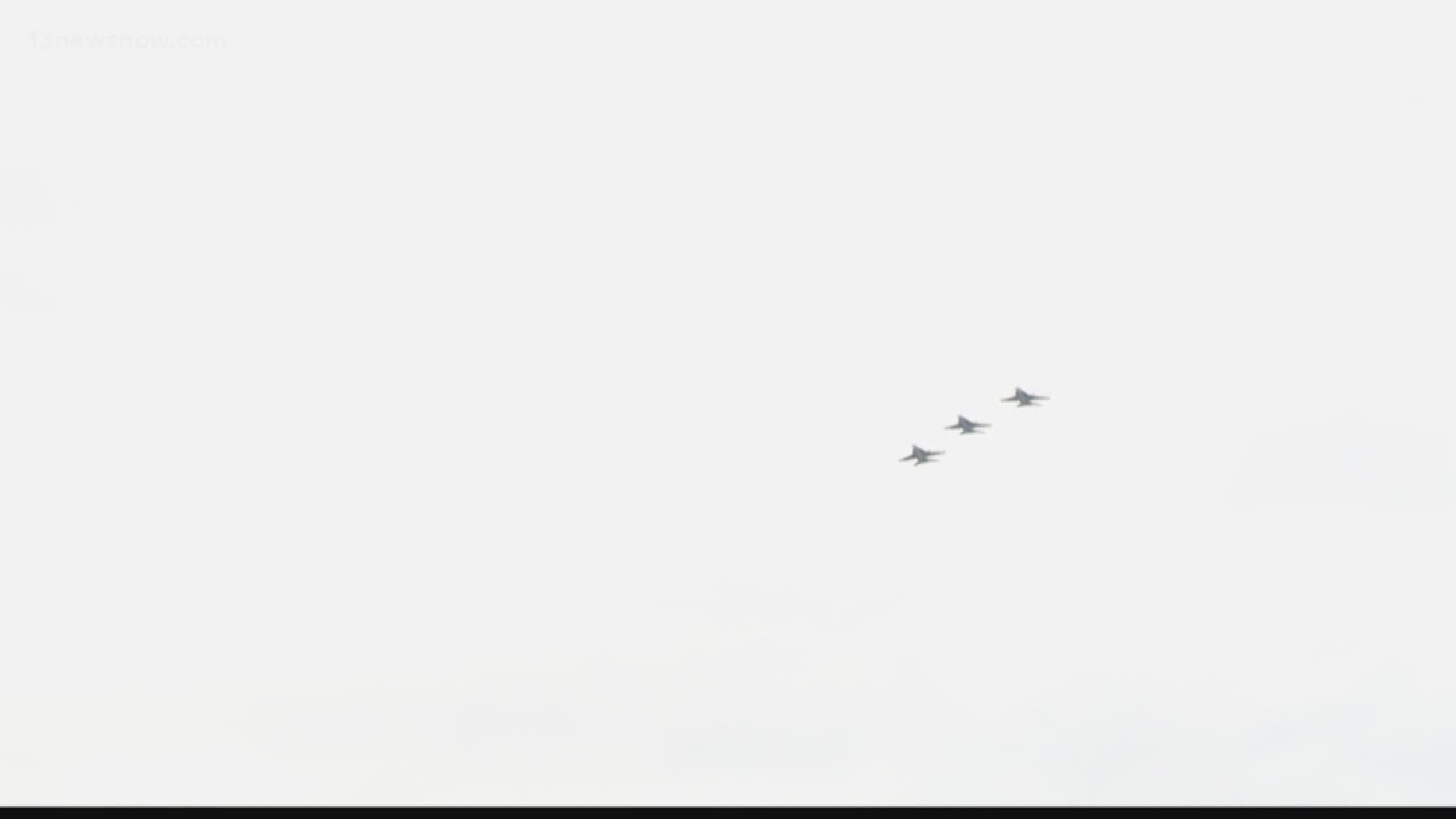 VIRGINIA BEACH, Va. — It was the most wonderful time of the year for some happy families at Naval Air Station Oceana on Friday.

They first shipped out back in April. In July, they came back home briefly for what the Navy called a "working port visit."

Then, they headed back out to sea, crossing into the Arctic Circle before returning to the Fifth Fleet area of operations.

Carrier Air Wing One leaders said they're proud of everything that the squadrons achieved. from exercises with all 29 NATO partner countries to 210 combat sorties in Operation Inherent Resolve.

"We had a chance to go out there and fight ISIS, reassure our allies in the high north. It's been an awesome deployment," said CDR Brian Kesselring, commanding officer of VFA-81.

VFA-211's commanding officer, CDR Raul Acevedo was also very enthusiastic. "It was a ground-breaking deployment for all of us," he said. "Very dynamic, everybody was resilient and was able to flex and make this deployment really worthwhile. I'm really proud of everyone and the accomplishments they made."

VFA-81 pilot LCDR Matt Suyderhoud was also fired up. "Words can't describe it," he said. "It's been a long journey and we've come through in flying colors."

Families were just happy to get their aviators back, just in time for the holidays.

Brenda Jamison, the mother of one of the aviators, asked how great this homecoming n day was, said: "Wonderful. On a scale of ten, an eleven."

The wife of another pilot, Lauren Suyderhoud, was also all smiles.

"Yeah, this is really exciting," she said. "It's the best Christmas present I could ask for."