You ask; we VERIFY. A now-viral tweet about a list of fast food companies endorsing President Trump’s re-election campaign is misleading. 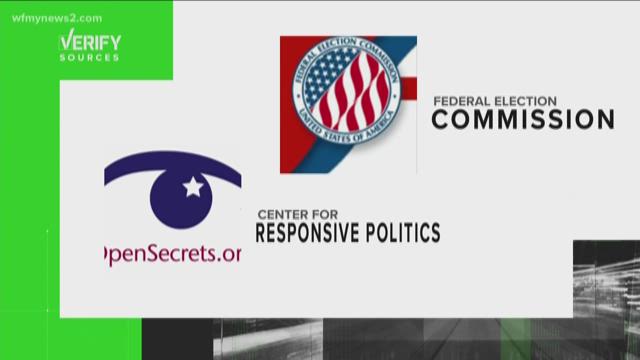 Good Morning Show viewer Laramie Lipman wrote, "Hello, Meghann, please VERIFY this for me. A friend posted this, asking for it to be fact checked. Unfortunately, I could not find any reliable sources."

Sanderz remarked, "If you see me starting to get thinner and toned, don't ask me why."

He is seemingly insinuating he no longer will be eating at those fast food restaurants.

Are the restaurants listed in the tweet supporting President Trump's re-election campaign?

The Twitter user listed his own sources of information, and the Center for Responsive Politics (which gets its data from the FEC) was one of them. But, he linked the Chick-Fil-A contributions to the 2016 election cycle, not this one. And, it shows contributions to then-candidates Donald Trump and Hillary Clinton.

At the bottom of the page is a disclaimer in bold text, reading, "The organizations themselves did not donate, rather the money came from the organization's PACs -- Political Action Committees -- their individual members or employees or owners and those individuals' immediate families.

McDonald's Center for Responsive Politics page shows similar contributions with more money going to Clinton than Trump in 2016. Meanwhile, on the FEC website, there are no current contributions from the McDonald's PAC or Chick-Fil-A PAC...at least not to Trump in this current campaign cycle.

The tweet claiming all those fast food restaurants support President Trump's re-election campaign is false, as it is misleading. It is true certain PACs and employees within the companies have donated to various candidates.

Do you have a VERIFY inquiry? Submit a post or selfie video to Meghann Mollerus via: