Until she resigns, Harris will receive pay for her seat in the Senate. 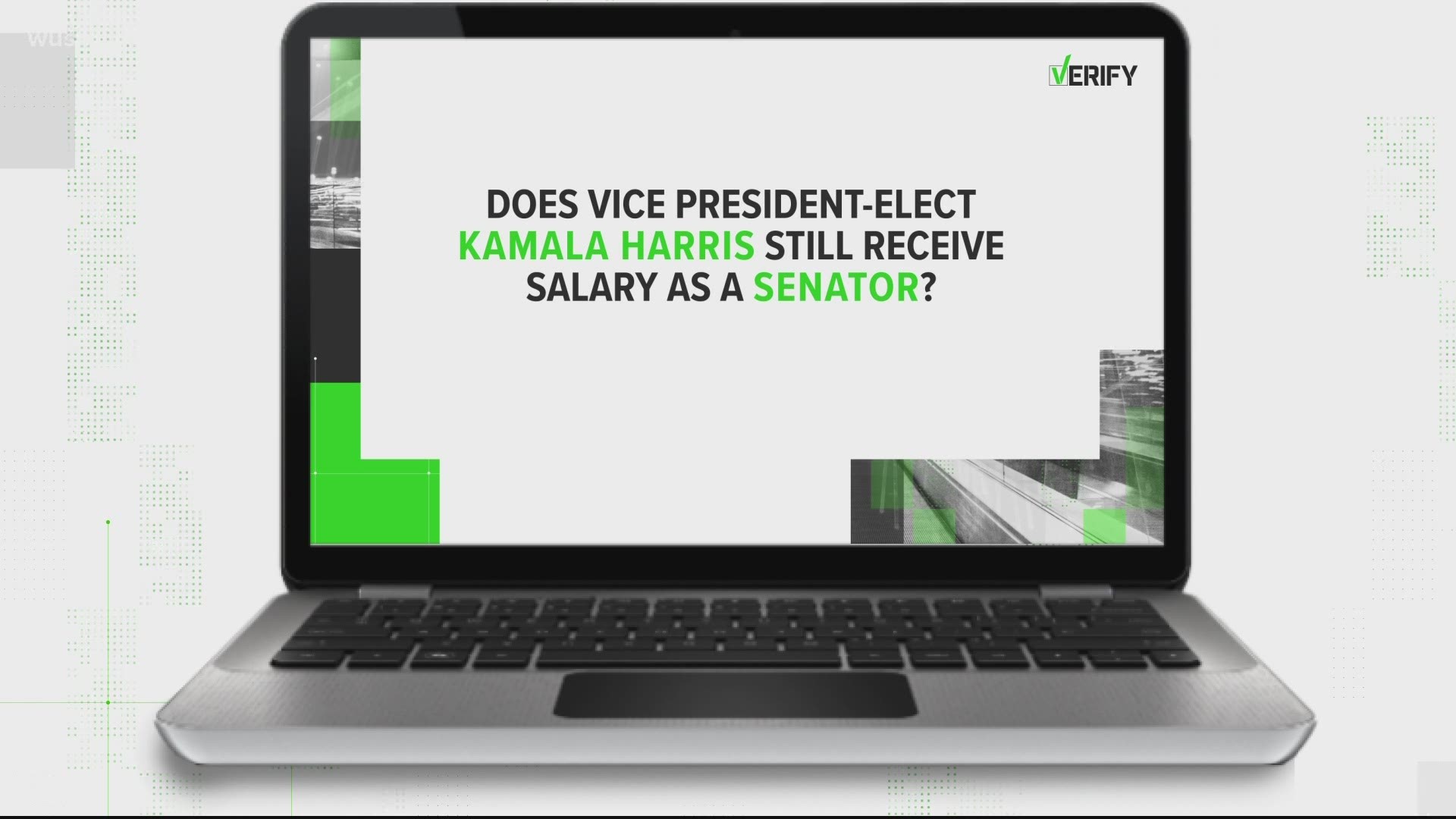 WASHINGTON — Projected White House winners Joe Biden and Kamala Harris continue to meet with their transition team. One of the roles that will have to be filled will be Senator Harris’ seat in the Senate.

We keep getting questions about the presidential transition process. That’s why you have the Verify team: to get you the facts from vetted experts. Viewers asked us if Senator Harris is still being paid for that position?

Does Vice President-Elect Kamala Harris still receive a salary as a Senator?

Yes, until she resigns.

Gary Nordlinger, a political scientist from George Washington University and the 17th Amendment of the U.S. Constitution.

This was a simple one for Gary Nordlinger: Yes, she does. The same went for all elected officials on the campaign trail in 2020.

“All the other senators that were running for president missed more than half the votes in the senate while they were campaigning, but they still got a full-blown salary,” Nordlinger said. 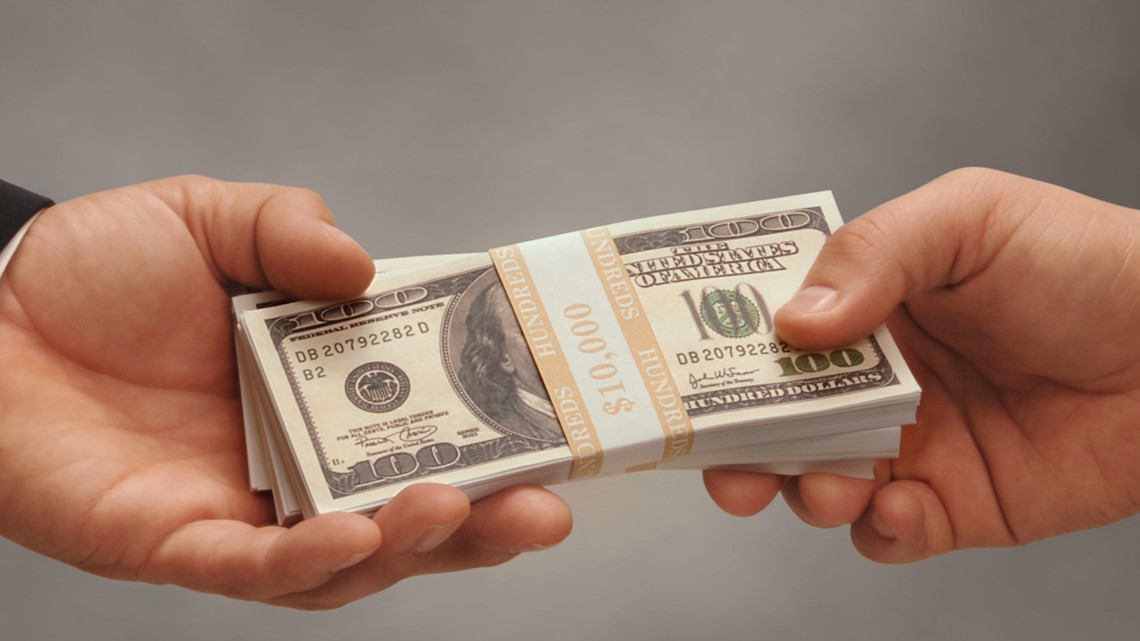 She will stop receiving the pay when she resigns from the seat. If you’re wondering about her future paycheck, we asked our expert: When does the Vice President pay kick in?

“On noon of January 20, when she becomes a Vice President,” Nordlinger said.

So yes, Senator Harris will receive Senate pay until she resigns and then will get Vice President’s pay starting on Inauguration Day.

As far as who will fill Kamala Harris’ Senate seat? According to the 17th Amendment that person will be chosen by the Governor of the state of California.