Veterans were honored around Hampton Roads in both parades and more solemn ceremonies. 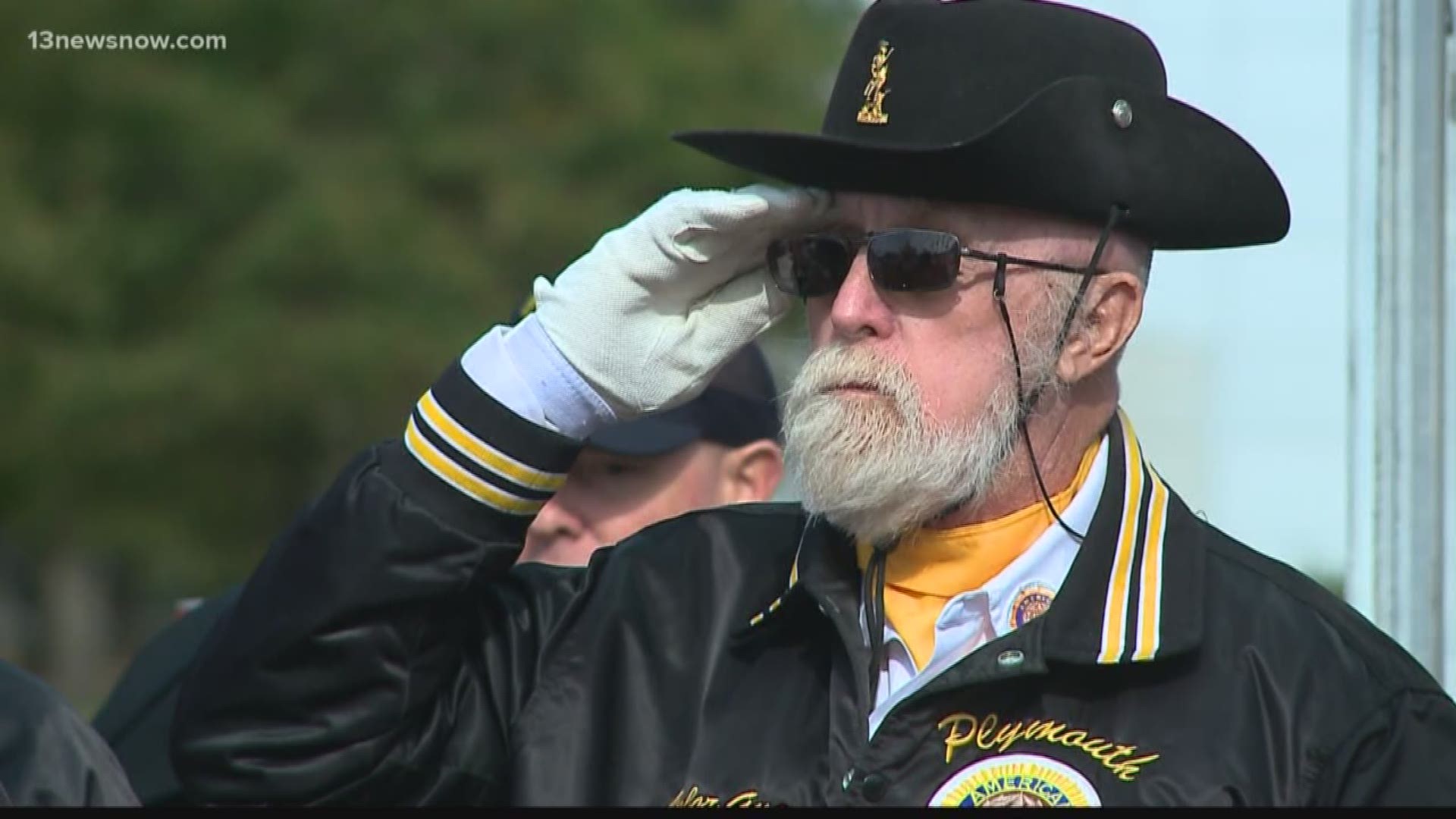 VIRGINIA BEACH, Va. — While many celebrated Veterans at Veterans' Day Parades throughout the area, others chose to honor veterans in more solemn services.

At Saint Gregory the Great Catholic School, they held a Veterans Day Prayer Service, honoring all US Veterans, but especially Marian Manor Assisted Living Veterans who live on campus, some of whom date back to World War II.

"Well, I think it's very important to remember the veterans because all the branches of the service are protecting the people of the United States to try to keep the country free," said Navy veteran and retired Master Chief Jack Shingleton.

"We hope you enjoy your freedom," she said. "And we hope you remember the veterans and do everything you can for us, because we certainly need your help."

At the Tidewater Veterans Memorial, it was another formal ceremony, to honor all who've worn the uniform, and to say thank you.

"I think it's important we honor the men and women who served the country since its inception, since we fought in he Revolution," said Naval Air Station Oceana's commanding officer, Captain Chad Vincelette."It's really what makes America great."

Vets we talked to agreed, that veterans should always be remembered.

"They should, because we put ourselves on the line for the country," said former Marine Corps Private First Class and Korean War veteran Duane Trowbridge.

"I think it's very important the we get recognized for the duties and things we did," Newton said. "Because, without the veterans doing what they did, we wouldn't be here today."

Navy veteran Michael MacNeill said such honors should be a year-round thing.

"We need to remember veterans ever single day," he said. "We should celebrate this day to honor the people who are veterans, serving veterans, and the one who died."

At the ceremony, a wreath was laid, and honors were rendered to all vets, as has been done on or around every November 11 dating back to 1919, the one-year anniversary of Armistice Day, the formal end of World War One.