VIDEO: US Consumer Product Safety Commission highlights the dangers of fireworks with mannequins

The U.S. Consumer Product Safety Commission released a handful of videos on Twitter to show the real damage fireworks can cause to humans. 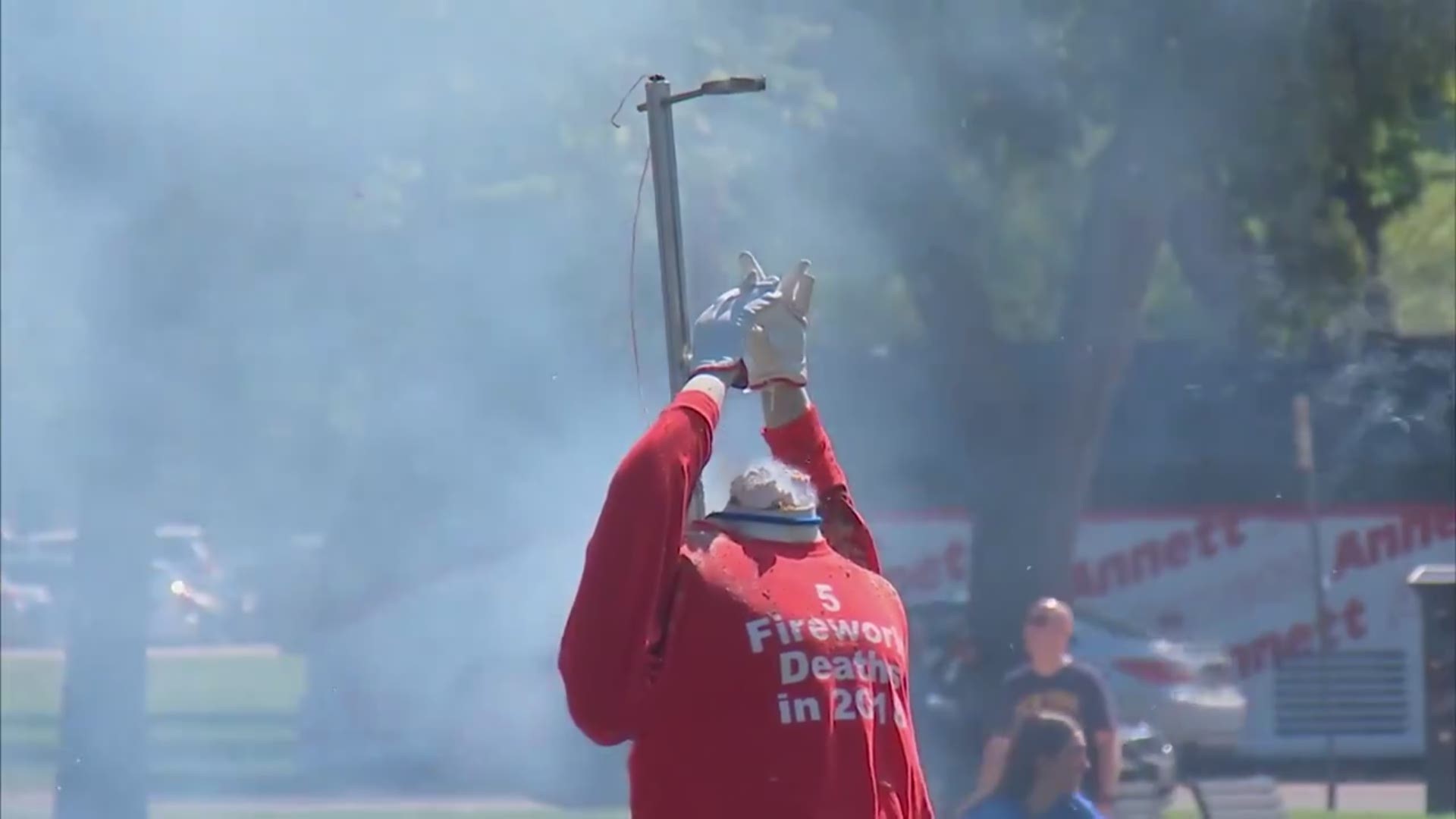 WASHINGTON — Fireworks are beautiful, but they can be very dangerous if they are not handled properly.

Fireworks can cause serious burns and/or eye injuries. On average, 180 people go to the emergency room every day with fireworks-related injuries in the month around the July 4th holiday.

The U.S. Consumer Product Safety Commission released a handful of videos on Twitter to show the real damage fireworks can cause to humans.

RELATED: Sparklers are still dangerous: How to keep your kids safe on July 4th

The agency used mannequins to represent what would happen if someone decided to do something dumb, like launch a bottle rocket off their head.

What would happen if someone launches a firework at another person?

RELATED: Where to enjoy Independence Day fireworks in Hampton Roads

The U.S. Consumer Product Safety Commission even tested what would happen if someone didn't move away from lighting a firework fast enough.

Crews even made a representation of someone making their own fireworks.